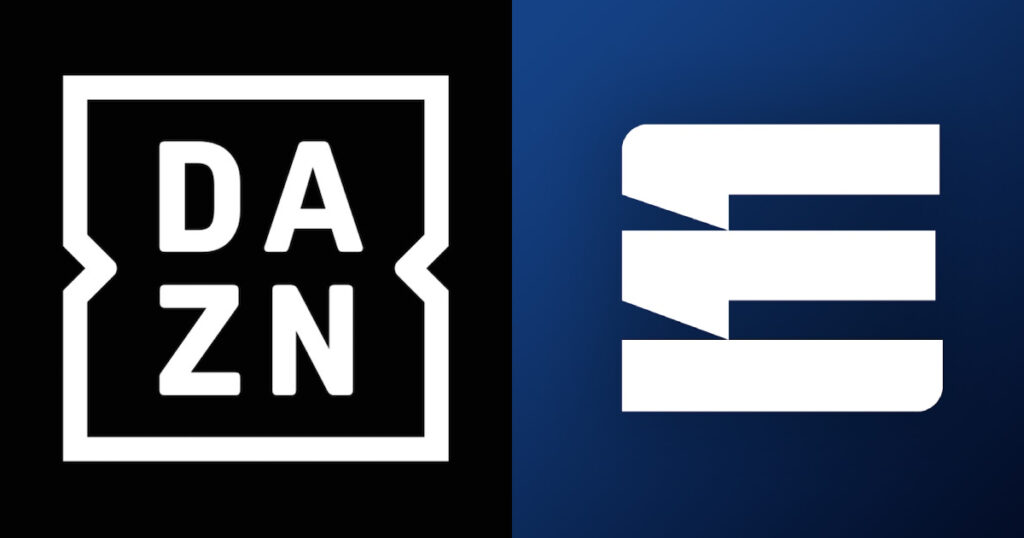 Eleven Sports holds the UEFA Champions League and Premier League rights in Portugal, alongside the Pro League, Division B and Women’s Super League in Belgium. Combined with DAZN’s top-tier rights in Italy, DACH and Spain, the acquisition marks “a big step forward in our mission to be the leading global sports platform,” said DAZN Group CEO Shay Segev.

It also adds women’s football rights from six confederations to DAZN’s own roster, which includes the UEFA Women’s Champions League, Liga F in Spain, the English FA Women’s Super League and the Women’s FA Cup, and Japanese WE League. “Combined, the companies will create the world’s biggest portfolio of women’s football content,” according to DAZN.

As well as being responsible for the delivery of the FIFA OTT platform FIFA+, Eleven has key football rights in Myanmar and Taiwan. DAZN said this gives the business “a greater foothold in the region where it has a market leading business in Japan.”

Meanwhile the inclusion of Team Whistle gives DAZN access to 700 million followers across the brand’s channels, the streaming service said, enabling the company to reach younger audiences on social media and enhance its fan engagement capabilities.

“Team Whistle is a growing business that has a proven track record in monetising short form content,” said DAZN chairman Kevin Mayer. “It will be hugely valuable to DAZN as we look to generate the maximum value from our enviable rights portfolio, creating new formats of content to reach new audiences and generate powerful incremental revenue streams.”

The company added that its plans “go beyond broadcasting” to become a “one-stop-shop” for sports fans, where consumers can listen to and read about sport, play games and place bets, and buy sporting NFTs, tickets and merchandise.

Upon completion of the deal, Eleven founder Andrea Radrizzani will join the DAZN board as an executive director. Guggenheim Partners advised Eleven Group in the transaction that is now subject to anti-trust review, meaning the completion date remains unknown. Financial details were not disclosed.

This deal comes at a crucial time for DAZN, whose proposed takeover of BT Sport fell through earlier this year, putting the sports SVOD on the back foot. The BT Sport acquisition would have given the streamer Premier League and UEFA Champions League rights. Without those key football contracts, the London-based company is struggling to enter the UK market. In June the group announced redundancies at its London HQ, shifting its focus to Spain, Germany and Italy, where it has faced its own share of problems stemming from technical issues on the platform.

Following the collapse of the BT Sport deal, Bloomberg reported that “the pace of its expansion has weighed on finances.” DAZN has struggled to turn a profit since its launch in 2016, a situation made worse by the pandemic disrupting the sporting calendar, leading to losses of $1.3 billion in 2020.

DAZN’s billionaire investor Len Blavatnik then pumped another $4.3 billion into the business, clearing its debt and attempting to attract further investment. Last week Ampere Analysis’ Minal Modha told VideoWeek the current funding model seems unsustainable, though the suggestion of an initial public offering has not been ruled out by the company.

The acquisition of Eleven Sports will likely make DAZN a more attractive proposition for investors or a potential buyer, and gives the combined entity more bargaining power in its bids for valuable sports rights. “Buying an establish brand will help in that at least they don’t have to start from scratch in markets where they don’t currently have a presence,” comments Modha.

Ampere’s Markets Operators data estimates that Eleven currently has around 156,000 subscribers in Portugal, forecast to approach 177,000 by 2027. “Eleven has a strong business particularly in markets like Portugal, where they have both a carriage deal in place and rights such as the UEFA Championships League and Premier League,” says Modha. “DAZN would be acquiring parts of a business that is seeing strong growth.” While that may not solve its domestic troubles, in markets where the duo are active, the deal should place DAZN on a surer footing.