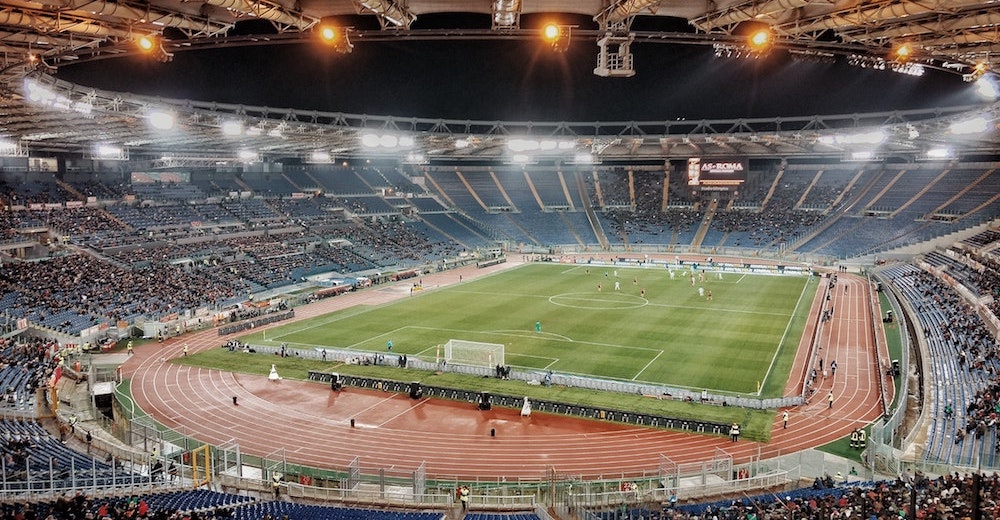 The 2022–23 Serie A kicked off last month in Italy with DAZN as the main domestic broadcaster, and the unpronounceable streaming service quickly found itself in an unenviable position.

On 14th August, DAZN users found themselves unable to access their accounts or were suddenly signed out in the middle of matches – not a good look for a company that recently upped its subscription fee to €29.99 a month.

“The issues from the opening weekend make it hard to justify that price increase,” says Minal Modha, Principal Analyst, Consumer Research Lead at Ampere Analysis, “especially as the company faced similar issues when it first launched in the market.”

The state of play

These issues began when DAZN bought the rights to all Serie A matches in summer 2021. This was made possible by a deal with TIM (formerly Telecom Italia), which reportedly gave DAZN €410 million per year to exclusively carry the streamer on its set-top box (STB) – thereby enabling the SVOD company to pay approximately €850 million for the Serie A rights.

That exclusivity meant the app was no longer available on the Sky STB, nor accessible via satellite. Without that option, subscribers complained of poor signal quality as DAZN felt the strain of broadcasting every match to more viewers accessing the online feed. Broadband is also limited in Italy compared to other major European markets, according to Ampere.

A few months later, TIM underwent a change of management and “realised they had a very high debt,” explains François Godard, Senior Media and Telecoms Analyst at Enders Analysis. They renegotiated the DAZN deal, reduced their payments and relinquished exclusivity, meaning the sports streamer is again available on the Sky STB.

“The commercial conditions for consumers are not very generous,” notes Godard. DAZN is not bundled in a sports package for Sky customers – in fact DAZN subscribers wishing to watch on Sky’s satellite feed have to pay an extra €5 per month on top of their monthly fee. “If you want the satellite feed, because you want the better picture quality, you have to pay more,” he says.

Needless to say, a 30-second delay is a big deal in Italian football. No one is writing to their elected representatives to complain about buffering issues during the Real Housewives of Naples, but when you hear a crowd cheering an as-yet-unseen goal in the Serie A, it soon becomes a matter of public interest.

After the technical issues this August, Italian communications regulator Agcom launched an investigation into DAZN, while sports minister Valentina Vezzali announced she would meet with the watchdog to discuss the “serious and unacceptable inconvenience” suffered by subscribers.

“Football is quite political,” says Godard. “Politicians faced pressure from both the industry and the public.” Though the outcome of these investigations are yet to be disclosed, the streaming company said it would offer customers a partial refund, and “it is very possible that there will be sanctions on top of the compensation DAZN has to provide its customers,” according to Modha.

As well as increasing the risk of piracy from disgruntled viewers, the issue potentially jeopardises DAZN’s access to sports rights. “DAZN will now have a job to do to persuade other major rights holders that this was a one-off issue, rather than something which will be repeated,” says Modha. “OTT platforms (not just DAZN) have a lot more to prove when it comes to platform capabilities – not surprising given that it’s still a relative unknown compared to the security of traditional linear TV.”

One significant difference between the SVOD platform and traditional TV is a lack of transparency in viewing figures, prompting further nervousness among advertisers. Godard compares DAZN to Netflix in that the numbers come from the company itself, rather than independent measurement bodies. “Sky viewing was easily measured by the established system,” he says. “Advertisers want to know the audience. The league is very sensitive to actual viewing numbers because the league and the clubs sell sponsorship, and the sponsorship relies on the number of people watching the games. So advertisers were uncomfortable.”

The London-based business has been tackling more problems closer to home. In February, DAZN’s proposed takeover of BT Sport fell through, when the pay-TV network announced a new joint venture with Warner Bros. Discovery. “To buy BT Sport you had to speak to Sky,” argues Godard, owing to the close relationship between the British broadcasters. “The fact that DAZN had ditched Sky in Italy didn’t help the overall negotiation in the UK.”

He adds that BT Sport and Sky’s owner Comcast are “big global companies” whereas DAZN is practically a startup – albeit a major player in European sports rights. “They are in the number one or number two spot as a football broadcaster in Germany, Spain and Italy, which is quite important,” notes Godard.

But without the BT Sport deal, DAZN will likely struggle to unlock rights in the UK. “It would have given them a foot in the door into a lucrative market with a set of very premium rights,” says Modha, “but now if they want to enter the UK, it will be a more difficult path.”

The streamer’s financial security is also up in the air due to its majority financing by billionaire investor Len Blavatnik, who poured another $4.3 billion into DAZN in February to fund its various rights bids. Is this business model sustainable? “In my opinion, no,” says Modha. “The company is targeting profitability in the DACH region within 12-18 months so they are working towards a more sustainable model, but it needs to be happening everywhere they have a presence.” She adds that an initial public offering has been suggested as a means of raising capital – “And it’s not been ruled out by their co-CEO James Rushton.”

“It’s a very tough business,” concludes Godard. “Historically and across the world sports rights have been profitable because they were handled by companies also selling general entertainment, and consumers buy packages.” And with the likes of Amazon and Apple starting to pay billions in rights acquisitions, only handling sports could turn into a dangerous play.