For Online Video Players, Competition Comes Down to the Little Details

For Online Video Players, Competition Comes Down to the Little Details 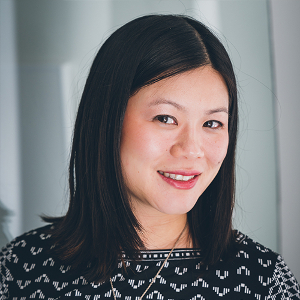 Earlier this summer Connatix, a video technology company for publishers and advertisers, announced the opening of its first UK office, with further plans to expand internationally. The expansion, which comes a year after Connatix received investment from Court Square Capital Partners, follows strong growth for the company both at home and abroad.

Winning clients as an online video player (OVP) can be difficult. For publishers already invested in video, their video player sits an entrenched part of their tech stack, meaning they require some convincing as to why they should make the effort to switch.

VideoWeek spoke with Jennifer Chen, Connatix’s president and chief revenue officer, to hear more about the grounds on which OVPs compete nowadays, as well as where publishers’ heads are at with video, and the practicalities of overseas expansion for an OVP.

What are the areas in which OVPs compete nowadays?

At the end of the day, we can’t say we’re inventing something so extraordinary that our whole existence is unique. It’s about how we do it, the devil is in the details, that’s what publishers are gravitating towards.

So one way we compete is the performance we drive, that’s why people stay with us and grow with us, and it creates a flywheel effect.

Another is great service. We really care about the little details of what we build into the technology, it’s all about high attention to detail.

We’ve also been very strategic in partnering with the ecosystem and the demand-side, and that means we’re a lot more holistic than a point solution video vendor is.

And the last point is that we’re in it for the long haul, we’re not here for a quick buck, which is shown by us taking in investment. As an example, we were able to honour our rates and contracts even throughout the two years of the pandemic, even when some others had to pull out or used contractual loopholes to not pay publishers.

So that’s really what competition looks like, and for us that’s been how we’ve built our business.

Connatix says it’s seeing a lot of investment in in-stream video from publishers at the moment – what’s driving that?

When we started out we built a native value proposition, because we believe the best user experience is what drives long term value, and it has to look and feel organic to the publisher. That’s one of the things the big tech companies and social platforms can’t do, with those companies it’s their way or the highway. But we believe it shouldn’t even feel like a Connatix experience on the page, it should feel like the publisher’s.

If you take that train of thought and push it further, in-stream makes so much more sense than outstream. Outstream can be done elegantly, but ultimately it’s an ad interrupting content. We believe content should be driving the experience, not the ad, so that’s why we’ve put the emphasis on in-stream.

Are most large publishers still investing in producing their own video content nowadays?

It definitely differs depending on the size of the publisher. A big publisher nowadays is investing in their own content, they’re just trying to do it differently.

They’re trying to be smarter about the cost side of how they invest. You rarely see increased headcounts in production, content and studio work. Unfortunately, a lot of layoffs are happening in those departments because they tend to be cost centres. Publishers don’t know exactly where revenues are going to come from for the content they create.

So publishers are investing in video, but with technology, and that’s a lot of what we do. We’ve listened to publishers about what they need and built products to help them.

One thing we do is help enhance content through technology. If you’re a publisher with a huge video feed, we can help you sort and contextualise that video feed. We also help publishers edit video content, and can bring in data visualisations for that content. For example on football content, we could have data points and stats show up dynamically in the video.

So that’s what big publishers are thinking – they’re trying to use technology to save time and save headcount, while still trying to keep users on their own video content.

What’s the role of the OVP in a post-cookie world?

We’ve always been cookieless, so in a sense, we don’t have to do anything differently. And I think that’s been one of the reasons why we’ve seen such high adoption and interest in Europe, given the privacy laws there.

Publishers want to see that we’ve been thoughtful in building a future proof solution. It’s important because, even though Google has kicked the can down the road, it takes so much time for publishers and for advertisers to build up contextual signals that can be used as a currency.

When you’re starting from scratch in the post-cookie world, it takes a lot of time to compile enough data for it to be statistically significant as a contextual signal. And that’s one reason why Google’s delay is good, it gives people an opportunity to A/B test between a cookie-based solution and non-cookie based solutions like ours. You’re going to have a very small window before that A/B test becomes impossible – so it’s a really good time to start testing contextual-first solutions. That means we can prove, and improve, our methods so that they’re comfortably able to replace the cookie one day.

What differences are you seeing between cookieless campaigns compared with campaigns reliant completely on contextual targeting?

Even though we don’t use cookies, they still pass through our bidstream, so we get to do these A/B tests ourselves! We can measure the difference between when contextual targeting is used compared with when someone is just using cookies. It’s worth noting that sometimes contextual targeting will be used with cookies as well, but that’s a bit harder to tease out.

What we can see generally across our ecosystem, including small, medium, and large publishers, when our contextual targeting is used there’s a seventeen percent increase in viewability. We’re also seeing higher interaction rates, which we were a little bit surprised by – there’s a thirteen percent increase in interaction rates when there’s contextual alignment between the ad and the content.

I would say 2.0 takes the channel into consideration, compared with contextual 1.0 which is really just unstructured text.

How easy is it to differentiate yourself as a contextual solution?

If you can get the patience of the buyer or the publisher, I think it’s actually not too difficult.

Seeing is believing – so if I was a client, I would give a contextual provider a video asset and ask them to run it through their tool. I’d ask them to explain what’s under the hood, and tell me what their engine is doing – it’s that simple!

I think a lot of people don’t have time for those questions, or things are so fragmented that maybe the person talking to the provider doesn’t have a raw video file to share. But if I were a client hearing a pitch, I’d get a video from my editorial team in advance, see what their technology pulls out from that video, and then compare it with what I know about that video.

Alternatively, you can run through questions like how are you processing data, how are you cutting that data, what are you feeding into the engine, etc. For us when we’re talking to prospective clients, we’d tell them that we’re looking at the VTT file, we’re using computer vision to look at the images, we’re listening to the audio and transcribing it into subtitles (which we have to do anyway) and analysing that text, and we’re reading the text which surrounds the video file.

Tell us more about Connatix’s plans for expansion?

We’ve always been very global in mindset, ever since the beginning we’ve been across Romania, Israel and the US, and we’ve already had some intra-US expansion.

And internationally we’ve already quietly been in the UK for the last two and a half years, and we’ve been growing at 200-300 percent each year. Obviously that’s been off a small base, but it’s still been exciting. And that’s allowed us to now put our flag in the ground with an office and by hiring local leadership.

Now we want to use the UK as a hub to expand further in Europe. We already have relationships with the UK arms of global publishers like AccuWeather, as well as local publishers like LADbible. So we’ve been working with our advertising partners to understand which markets we can co-develop with our publisher partners.

That includes Germany and France, where there are a lot of the same advertisers who already know what we do. We’re already working in those markets and have run some campaigns with those advertisers.

We’re also looking at the Nordics and the Middle East. And then in the next couple of years we’ll be thinking about partnerships, joint ventures, and M&A opportunities which could make the business more global. We had a major investment from Court Square Capital around a year ago, and we’re extremely optimistic that the industry is eager for consolidation. So with Court Square Capital as a partner, we think there will be opportunities to build inorganically in international markets as well.

What’s the process like for an OVP moving into new markets – is it fairly easy to translate the product across or does it take some adapting?

There’s a lot of localisation required. There’s lots of little things – for example spelling and grammar in subtitles has to be localised, you don’t want to present American spelling to British audiences.

Another example is working out data centres. We work in a programmatic-first environment, so everything needs to be done very quickly. That means we might need to look at co-locating or going to other European data centres – we have to do a lot of that work before expanding.

And then there’s the day-to-day operations. GDPR is way more advanced than US data laws. In the UK, consent has to be sent inside a bidstream, whereas in the US, data laws are all over the place. So it’s a test on us to make sure we have all our privacy ducks in a row when we enter a new market.