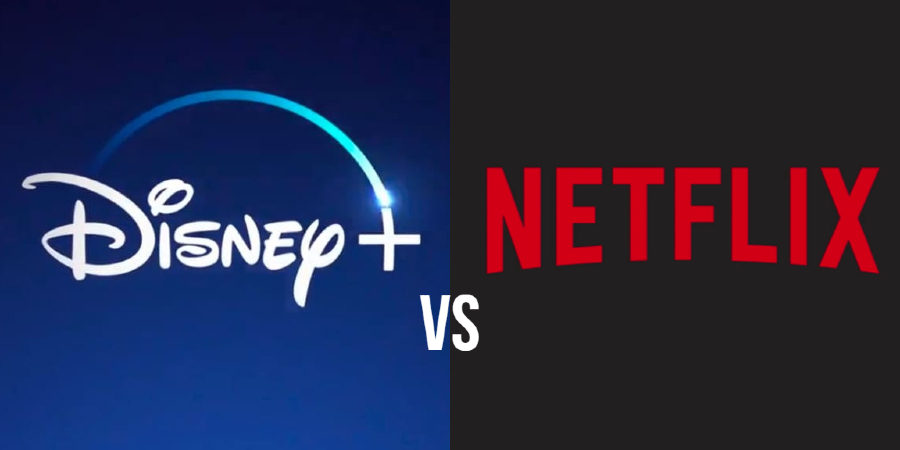 It can be tempting to conclude from the news, which comes after a couple of disappointing quarters for Netflix, that Disney has knocked Netflix off its perch, and now sits at the top of the streaming pile. And from the raw numbers that’s true: at the end of the previous quarter Disney says it had 221 million subscribers, while Netflix had 220.7 million.

But there are some significant asterisks which have to be taken into account when judging the significance of Disney’s achievement. Here’s what you need to know to make sense of today’s figures:

The first and most obvious thing to consider is that Disney’s 221 million subscriber count includes subscribers to Disney’s hybrid service Hulu and sports streaming offering ESPN+, as well as Disney+.

Disney+ is the largest part of this bundle, with a total of 152.1 million subscribers worldwide, with Hulu adding a further 46.2 million, and ESPN+ accounting for the remaining 22.8 million.

These are all controlled by Disney, and Disney has previously spoken of the services as the three ‘pillars’ of its overall streaming strategy, so it’s fair to include all three services. But the inclusion of ESPN and Hulu tempers the notion that Disney has rapidly overtaken Netflix – while Disney+ launched just two years ago, ESPN+ launched back in 2018, and Hulu ten years before that.

And the fact that Comcast still owns 33 percent of Hulu means that Hulu subscribers may be seen as less valuable to Disney.

Another consequence of Disney’s three pillar streaming structure is that there will be a fair amount of double or triple counting of individuals within those numbers.

Disney says that subscriptions by the same individual to different services are each counted separately. So if someone subscribes to Disney+, ESPN+, and Hulu, they will account for three separate subscriptions – a phenomenon which doesn’t affect Netflix’s count since it only offers one service (albeit with different tiers).

This is perhaps most obvious when looking at subscriptions to the Hulu Live TV + SVOD bundle, Disney’s premium package which includes linear TV channels alongside Hulu, Disney+, and ESPN+. This bundle is counted as its own line item on Disney’s earnings, with 4 million total subscribers. But each of these four million subscribers will also be counted in separate lines for total Disney+ subscriptions and total ESPN+ subscriptions.

True, those who are paying for multiple services are paying significantly more than those who just buy one – and the money is the same whether it comes from one person or several. But a lot of the value in looking at overall subscription counts is measuring how successful each company has been in attracting subscribers – double or triple counting customers blurs this.

To hammer home the point: Netflix could hypothetically suddenly split its service into two parts, Netflix Films and Netflix TV, each of which costs half of the current price. Current subscribers would then be rolled into a third ‘bundle’ subscription which includes both Netflix Films and Netflix TV, and costs the same price as Netflix currently does. Using Disney’s methodology, Netflix could instantly double its total subscriber count without having attracted any new subscribers.

As mentioned above, it could be argued that double and triple counting doesn’t really matter, Disney gets more money from those who subscribe to more than one service.

But it does matter – since Disney’s bundles are discounted, meaning Disney gets less money from one person subscribing to all three services compared with three subscribers each signing up to each different service. The discount is significant. Separately the services currently cost $7.99 for Disney+, $6.99 for Hulu’s cheapest tier, and $6.99 for ESPN+, while the SVOD bundle costs $12.99 per month.

This brings us into a conversation about average revenue per user (ARPU), which tells us more about the value of each subscription than just looking at the raw subscription count. ARPU is massively important – after all, either service could undoubtedly attract millions of new subscribers by dropping their prices to one cent per subscription, but doing so would be a massive shot in the foot. For SVOD  services, it’s no longer a case of just growing total subscriber count at all costs (some would argue that this should never have been the strategy), but of adding or maintaining subscribers while raising prices in order to keep their models sustainable.

There are a whole variety of factors which affect ARPU for each service. Each service has a different base price, and Netflix, Disney+, and Hulu each offer different subscription tiers at different price points. Subscribers can also get discounts for year-long subscriptions, or for bundles as described above in Disney’s case.

But an even bigger factor is discounted pricing in international markets for Netflix and Disney+.

For Disney+ meanwhile, there’s more disparity. ARPU in the US and Canada, where it counts 44.5 million subscribers, is $6.27. International markets including India are similar with 49.2 million subscribers at an ARPU of $6.31 – when you don’t include Disney+ Hotstar, a separate product launched in India which is rolling out in other smaller markets.

Disney+ Hotstar has a much lower ARPU, at just $1.20, and it accounts for 58.4 million subscriptions – less than one seventh of Netflix’s ARPU in either of the two markets where its ARPU is lowest.