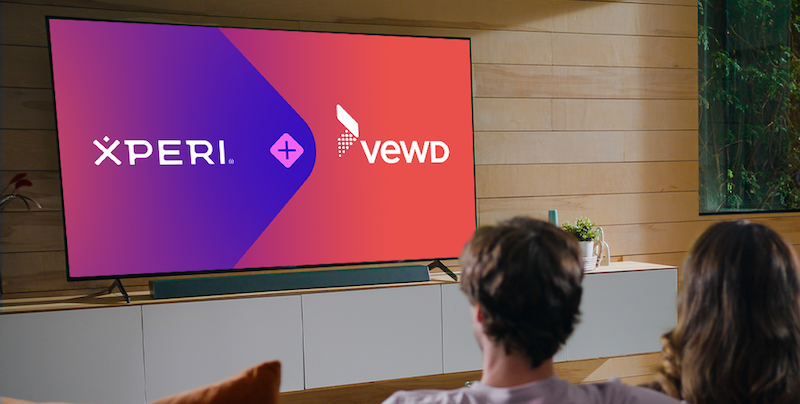 The $109 million acquisition, financed through a mixture of cash and debt, means Xperi can access approximately 15 million devices across Europe, including smart TVs, in-car and video-over-broadband technology. These devices can be monetised by Xperi, according to the company, for instance by activating its free ad-supported TV service TiVo+.

Vewd software ships in more than 30 million CTV devices annually, counting Amazon, Sony and Nintendo among its customers. The company filed a Plan of Reorganisation with the US Bankruptcy Court in February, bolstering Vewd’s finances ahead of its takeover by Xperi. The Vewd management team will continue to lead the business and be integrated into Xperi’s structure.

Xperi said the deal accelerates the deployment of TiVo OS for CTV devices. “Vewd’s global reach and expertise in providing support to content owners, TV OEMs, and SoC partners as they deploy middleware and OS solutions across various devices is tremendously valuable and further paves the way for additional monetisation opportunities as we expand our global footprint of streaming devices,” said Xperi CEO Jon Kirchner.

From DVR to CTV

Xperi’s latest takeover deepens its position in the CTV space where it has made a string of acquisitions in the last few months. Xperi and TiVo merged in 2019, repositioning the TiVo business from the glory days of the digital video recorder (DVR). The company’s Q1 2022 revenue growth was largely fuelled by CTV advertising, Kirchner confirmed in May.

The company has made inroads in streaming, recently integrating YouTube TV, Shudder, SundanceNow and ALLBLK into its TiVo Stream OS and Stream 4K devices. Kirchner said Xperi plans to launch smart TVs equipped with TiVo Stream OS in the next two years.

Now with Vewd on board, the company has forecast growth as Xperi prepares to break up its product and licensing business – a plan originally approved for TiVo before the merger.

“The acquisition of Vewd also strengthens the growth outlook of our product business as we prepare to separate our IP and product businesses this fall,” said Kirchner. “We expect incremental revenue of $10 million in the second half of this year, followed by substantially higher revenue and a positive EBITDA contribution in 2023.”