Paramount+ Has “No Plans” for Advertising After UK Launch

Paramount+ Has “No Plans” for Advertising After UK Launch 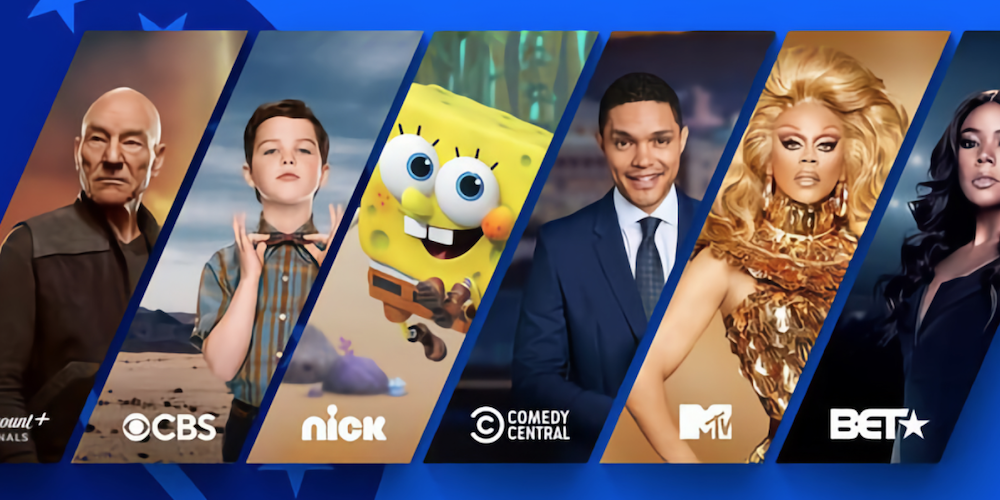 Paramount+ launched in the UK and Ireland last month with a content slate that offers something for everyone in the industry, from the creatives (The Real Mad Men of Advertising) to the tech giants (The Untouchables) and even CNN+ (Failure to Launch). For Sky customers the platform is bundled with the Sky Cinema package, giving the SVOD service a steady foundation of subscribers in the UK.

“We’ve been long-standing, very close partners with Sky for many years,” says Dan Fahy, SVP Streaming, UK at Paramount. “As we were bringing Paramount+ to market it was important for us to ensure that we got a very broad start in the market, subscriber-wise. And also given Sky had our first pay movies in Sky Cinema up until now, we wanted to provide our partner with some form of continuity of access to those movies as well.”

Compared with similar offers on Sky, such as 12 months of free Discovery+ for Sky Q customers, the Paramount+ offering is a “hard bundle”; an ongoing deal for Sky Cinema subscribers that places the Paramount+ app on their set-top box, CTV or iOS device. Fahy notes the bundle does not apply to Sky Cinema customers on NOW (formerly NOW TV) or Virgin Media, where Sky is wholesaled.

The other dimension to the partnership is that Sky Media handles Paramount’s ad sales across its linear and AVOD networks. Paramount+ is an ad-free offering, and while there is a lower-priced, ad-supported tier in the US market, the company has “no plans” to introduce advertising to the platform in the UK. This differentiates the service from Netflix and Discovery+, whose recently announced ad tiers are expected to launch in the UK and Ireland.

“I think if you’re an SVOD service, and you’ve been in market for a while and you feel you’re getting to the top of your subscriber headroom, then a cheaper tier with ads is a good way to broaden out your reach for those subs who perhaps are interested in the proposition but are a bit more price-sensitive,” says Fahy. “We’re just launching, so we have got some headroom to build towards. So that’s part of the reason why we’re not really focused on that at the moment.”

Another cause for that reluctance is Paramount’s existing stable of ad-funded channels. Free ad-supported streaming TV (FAST) channels are a fittingly fast-growing portion of the business, with Pluto TV claiming 64 million monthly active users, mostly in the US. Research from Ampere Analysis has found that Pluto viewers are generally engaged with other forms of streaming, including SVOD consumption.

“Something like Pluto, rather than being pushed out by the SVOD trend, emerges as a good complement to that because if you’re a VOD-first or a VOD-only home, there’s a fair bit of commitment to viewing in a VOD environment,” explains Fahy. “As SVOD grows, FAST grows alongside it; it’s not as if SVOD grows so FAST diminishes, or as FAST grows SVOD diminishes. They sort of track each other.”

Nevertheless, the UK is currently in the grip of a cost of living crisis; hardly the peak time to release another streaming service. Widely reported subscriber churn at Netflix forced their hand towards the ad model, while Disney+ subscriptions slowed as lockdowns came to an end. “We always knew we would have to work hard to persuade people to take Paramount+,” acknowledges Fahy. “We haven’t taken any subscriber growth for granted.”

As cause for optimism, he points to consumer habits that favour spending in the home over going out. “When things get tight economically, pay TV has been a little bit resilient because people drop their discretionary spend out of the home, and come into the home.” This is borne out by a recent Opinium survey commissioned by VideoWeek, which suggested spending-conscious consumers are more likely to stop eating out at restaurants (54 percent) than cutting film/TV subscriptions (37 percent).

I can see your Halo

The research also highlighted the role of content in attracting new members; Netflix and Disney+ customers are drawn in by the appeal and value of the platforms’ content libraries, while Apple TV+ subscribers tend to come to watch particular shows.

He calls the proposition a “four-quadrant offer”, meaning it caters to male and female audiences, and over- and under-25s. That includes kids content from Nickelodeon, premium scripted drama on Showtime and popular Comedy Central series, as well as Paramount+ exclusives such as The Offer, a drama miniseries about the making of The Godfather. The company hopes this breadth of content makes for an offer viewers can’t refuse.