AVOD Services are Getting Serious about Originals

AVOD Services are Getting Serious about Originals 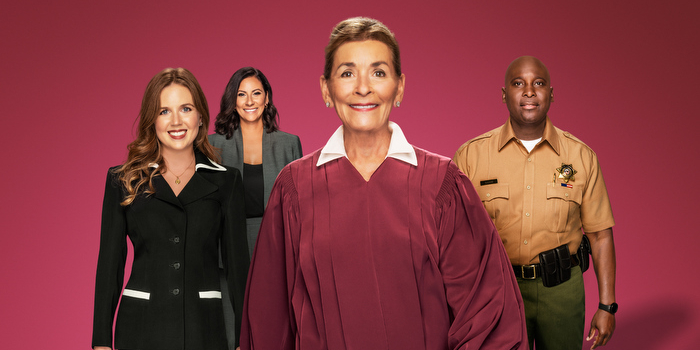 Amazon’s Prime Video service has already established itself as one of the leaders in the subscription video on-demand (SVOD) space. Now the ecommerce giant’s free ad-supported streaming service Freevee (aka IMDb TV, aka Freedive) is looking to do the same in the ad-supported video on-demand (AVOD) world – and it’s taken a significant step today by rolling out on Android TV devices in the UK.

To fuel its offensive, Freevee is borrowing a tactic more associated with the SVOD side of the streaming world – investing in original content. At the moment, Freevee lists 11 original TV series available on its service, with two more set to be released this year.

This content may not be as eye-catching as that which is available on Prime Video. Amazon has spent hundreds of millions for popular IP including its Lord of the Rings, Wheel of Time, and Jack Reacher series, and secured stars including Morgan Freeman, Chris Pratt, and Helen Mirren to front its content. Meanwhile the most recognisable IP on Freevee is its Alex Rider series, and the biggest name is arguably Judge Judy.

But successes can come from unexpected places – two of Prime Video’s biggest hits have been The Boys and Invincible, two series which are based on lesser known comic books, and which haven’t leaned on Hollywood A-listers to draw viewers.

And having any original content at all is historically out of the norm for an AVOD service. Amazon references this fact itself, saying in its promotional material for Freevee that it gives audiences “the content they would expect to see on a paid service”.

It could be argued that a lot of what Roku calls ‘original’ content isn’t really original, having been bought via Roku’s acquisition of failed mobile-first SVOD service Quibi. But original or not, it’s exclusive to Roku, and Roku has been liberally adding to its library even since the Quibi acquisition – Roku expects to add 50 new titles over the next two years. Newly commissioned content includes a biopic of Weird Al Yankovic starring Daniel Radcliffe and new series of The Great American Baking Show.

And others are similarly building big catalogues of original content. Fox’s Tubi said back in May it plans to add 100 new original titles to its library over the next year. Meanwhile Crackle, which has produced a limited number of original shows and films since launch, is upping its investment, currently debuting around one new series each month.

Again, these shows aren’t as heavily funded as the SVOD services’ originals, and we’re yet to see an AVOD original reach the same kind of mainstream success as any Netflix, Prime Video, or Disney+ Original.

These things do take time. After all, Netflix only released seven original shows in 2013, the first year it released original content, and then seven more the year after (excluding one-off specials). And this was at a time when a streaming service releasing original content was a novel ideal, giving shows like House of Cards a lot of press.

Nonetheless, the question remains whether the economics of running a solely ad-supported platform support the same kind of content investment sustained by the SVOD services.

By and large, average revenue per-user is lower on ad-supported services than on paid services, making it harder for AVOD services to spend as heavily on original content. Viacom for example disclosed earlier this year that ARPU for Pluto TV in North America sits at $2.54, compared to $9 for its paid streaming service Paramount+.

But that’s due in part to the fact that paid services host the most in-demand content, and the presence of quality original content should itself drive up ARPU. Interesting Hulu, which offers the same content via both an ad-free paid subscription tier and a cheaper ad-supported tier, found that ARPU was highest on the ad-supported option. Similarly Discovery says ARPU is strongest for hybrid subscription tiers.

Plus if ad-supported services have the advantage that they don’t need to ask consumers to pay up in order to monetise them. If an AVOD original show goes mainstream, it has the potential to reach all viewers in the markets it serves, not just those willing to pay for a subscription. And the bigger the audience, the lower that ARPU required in order for the content to pay for itself.

It seems a way off yet, but it’s not impossible that eventually Amazon Studios will have a tough time deciding whether to place its most high profile content on Prime Video or Freevee.