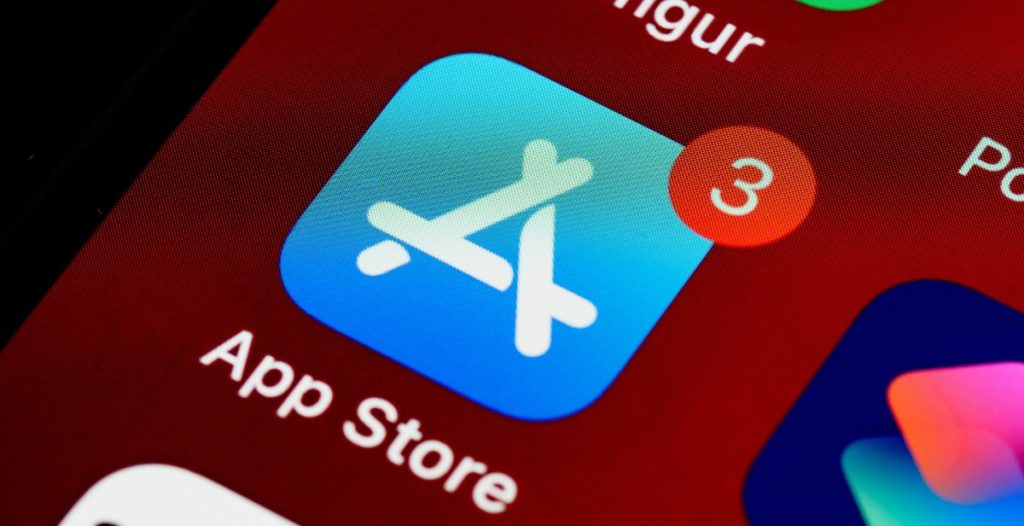 Nearly two-thirds (65 percent) of mobile advertisers are planning to increase their ad spend this year, despite more than half (55 percent) reporting that mobile advertising became more difficult in 2021.

That is according to a new study from Tenjin and Growth FullStack, which seeks to gauge the sector’s response to Apple’s privacy-first changes, a year on from implementing App Tracking Transparency (ATT).

Described by the report as “the most lucrative ecosystem of them all,” Apple iOS saw disruption to its ad performance metrics costing an estimated 39 percent median revenue loss for mobile advertisers last year. Of those respondents whose revenues were impacted, 75 percent said the privacy changes put the future of their business at risk.

Without instant access to Apple’s Identifier for Advertisers (IDFA), marketers are adapting to what the report calls “a patchwork of strategies”. In 2021, 85 percent were using probabilistic attribution or fingerprinting, down to 63 percent in 2022; a drop that might be explained by 77 percent expecting Apple to clamp down on fingerprinting. 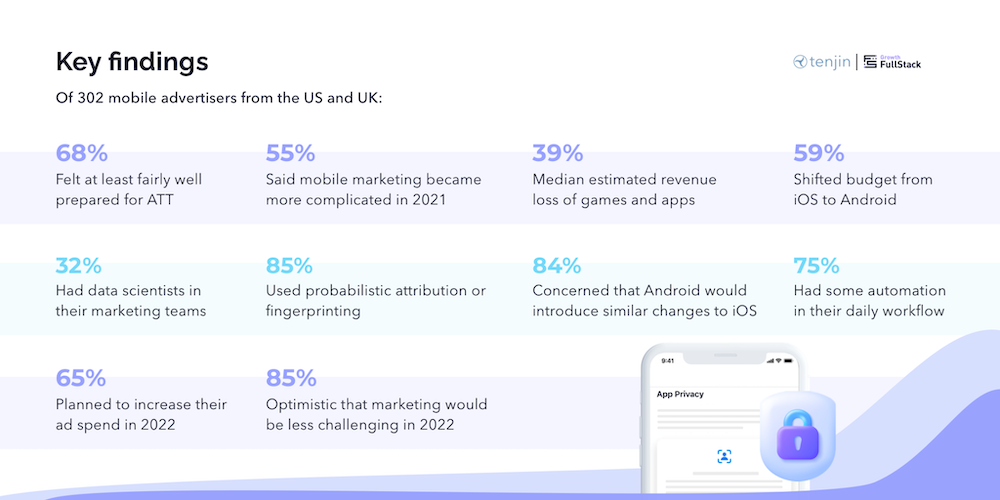 The survey also suggests teething problems with Apple’s SKAdNetwork (SKAN), the privacy-friendly attribution tool that anonymously shares marketing data with advertisers. In order to unlock that insight, 32 percent of companies are deploying in-house data science talent, while 75 percent have implemented some form of marketing automation to wrangle large datasets.

The introduction of ATT in April 2021 was labelled by some corners of the industry as the apocalypse for mobile advertising. The move meant apps needed explicit user permission to access the IDFA, and with only a quarter of users opting in, advertisers needed to rethink their approach to granular tracking.

And while the reported difficulties and revenue losses of 2021 signal the need for new strategies, the “Appocalypse” appears to have been avoided. “It’s likely that, in the not too distant future, committing to understanding SKAN will become imperative rather than optional,” said Christopher Farm, CEO and Co-Founder of Tenjin. “And yet, despite a rough 2021 for mobile advertisers’ bottom lines, and with more change ahead, our research shows that advertisers’ optimism remains strong.”

Farm points to the increasing demand for mobile content “from billions of people the world over, on both iOS and Android.” Mobile ad spend reached $300 billion in 2021 and is expected to reach $350 billion in 2022, so clearly for advertisers, mobile is yet to lose its app-eal.