Who Are the Challengers to Nielsen’s Throne?

Who Are the Challengers to Nielsen’s Throne?

For years Nielsen has faced criticisms of being too slow to adapt to the modern TV landscape. Nielsen hoped to put the issue to bed in 2020 when it announced Nielsen ONE, its upcoming cross-media currency. But criticism resurfaced last year as the measurement mainstay lost its accreditation from the Media Ratings Council (MRC), over accusations that the company inaccurately reported viewing during the COVID-19 pandemic.

This has opened up a golden opportunity for Nielsen’s competitors. Traditional most alternative TV measurement companies have positioned themselves as more of a compliment to Nielsen’s ratings rather than an out-and-out alternative currency. But now, with a number of broadcasters exploring alternatives, Nielsen’s rivals smell blood in the water. Many are more openly jostling for the number one spot.

Here’s a guide to some of the measurement businesses who are challenging for Nielsen’ crown: 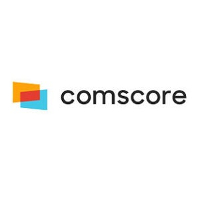 Comscore has been Nielsen’s longest-running rival in America, providing the most direct competition for Nielsen’s ratings system. Unlike the other companies on this list, Comscore was founded long before the internet shifted TV viewing across a range of devices and timeframes.

But Comscore did grow up in the digital era, and has arguably been quicker than Nielsen to modernise its TV ratings system.

Comscore offers both national and local TV measurement in the US, drawing data from set-top boxes from cable, satellite, and vMVPD providers. Comscore says it’s able to draw data from 75 million TV screens in over 35 million households in the US. It also licenses data from third-party companies including Inscape and Samba TV (featured further down this list) for insight into CTV viewing.

One of Comscore’s key differentiators from Nielsen in recent years has been its focus on ‘personification’ – whereby Comscore assigns viewing to an individual within a household, rather than just the overall household. To do this, Comscore combines data on the demographic makeup of the households it’s able to measure with its viewing data, and uses Bayesian statistics to deduce the probability of each household member watching a particular piece of content.

More recently the company launched ‘Comscore Everywhere’, which it says will offer a deduplicated view of media consumption and audience intelligence across media and screens – meaning linear and connected TV, but also digital and social video. Comscore is still working out how to fit all of these pieces together into one metric, but will ultimately measure deduplicated reach and frequency across screens. 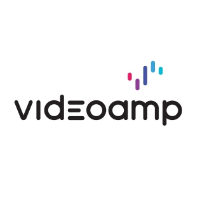 Los Angeles-based VideoAmp is one of the best established companies on this list, reaching a valuation of $1.4 billion last October, fuelled by a series of sizable funding rounds.

VideoAmp says it is able to measure across traditional TV, streaming video, and digital media, which it does by connecting up different data sources including set-top box data, automatic content recognition (ACR) data, and panel data from third parties, as well as data from smart TV manufacturers and MVPDs.

VideoAmp then forms all this data into a ‘comingled’ deduplicated dataset, and models it to the US census, which the company says gives it a reach equal to the entire reachable US population.

The company has been clear in its ambitions to offer a strong alternative to Nielsen over the past year. VideoAmp is working on an alternative TV currency, and says it has five of the six biggest agency holding groups taking part in tests. 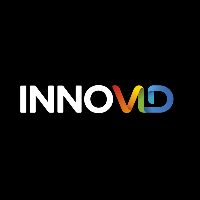 The newest tie-up in the TV measurement space after Innovid announced a deal to buy TVSquared for $160 million yesterday, Innovid says the combined offering will create a “currency-grade” cross-screen measurement offering.

Innovid at its core is an ad server, but has been building out its measurement capabilities over the past few years on top of its ad serving tech, giving it insight across the CTV space.

It’s measurement capabilities will be significantly strengthened with the addition of TVSquared, which itself was already a significant player in the space.

TVSquared was launched with the idea of bringing performance insights to TV advertising, at a time when advertisers were still largely relying on ratings data which was delivered long after an ad had actually aired.

The company has evolved over time and now describes itself as a unified, always-on platform that measures impressions, reach, and outcomes across linear and digital TV.

Third-party audiences and outcome data are also layered in, the latter of which includes online and offline sales, in-store and physical location visits, and web/app activity. All of this is combined with a combination of deterministic matching and modeling.

The company says it covers 150 million households globally, and sees over 25 billion ad impressions each month. 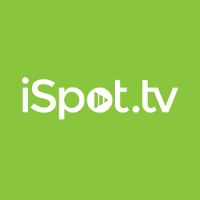 iSpot.tv is one of the early winners of Nielsen’s fall from grace, having been chosen by US broadcaster NBCUniversal to provide alternative ratings measurement in a multi-year deal.

The company uses smart TV and set-top box ACR integrations to measure across traditional linear and CTV viewing, claiming a total reach of over 51 million TVs and set-top boxes. iSpot.tv combines airing data with ACR data to provide an overview of when and where each creative aired, alongside metrics like total impressions.

Another selling point for iSpot is its use of survey data to measure audiences’ feelings towards individual creative, measuring emotion and attention-based metric like likeability, watchability, and desire. 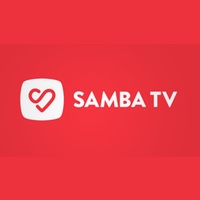 Samba TV launched in 2008 under the name Flingo, designed to facilitate interactivity and personalisation on TV sets through software built into TVs and set top boxes. The company received financial backing from big names on both the buy and sell-sides including Disney, IPG, and Liberty Global.

Samba’s ACR tech is embedded in 24 smart TV brands including LG, Sony, Sharp, and Panasonic, which it uses to create its panel, with a household device map used to deduplicate data and US census data used to normalise the panel.

Samba also uses its SambaID, built off the back of its acquisition of cross-device attribution company Screen6 which it acquired in 2019, which uses a mix of deterministic data and probabilistic algorithms to link devices within households. This can then be used for attribution, mapping activity on various devices to TV ad impressions.

And with broadcasters and advertisers reassessing their TV measurement partners, Samba TV is vocally supporting adoption of multiple currencies across the industry, rather than pushing to establish one new overarching currency to replace traditional ratings. 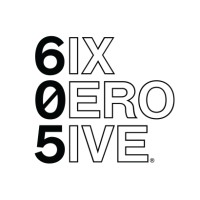 605 combines set-top box and ACR data to capture TV viewing, while also layering other data from partnered companies, and claims to cover over 22 million households across over 200 US markets.

605 runs an ‘Identity Layer’ over those 22 million households which it says holds specific attributes for each of those households. Advertisers can select, activate, and target first or third-party audience segments based on this layer.

And 605 allows advertisers to fold in their own viewership data, which is combined with 605’s dataset through a virtual clean room. 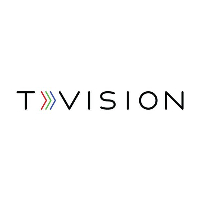 TVision is one of the most unique businesses on this list, in that panels are a key part of its measurement solution, though its panels operate very differently from Nielsen’s.

The specific individuals can also be identified, allowing these attention metrics to be combined with demographic data (and TVision says panellists are chosen to be representative of their respective markets: Northeast, South, Midwest, and West).

TVision’s measurement applies across both linear TV and connected TV, and the company uses data including Wi-Fi signals to determine whether content is being played on a streaming service or linear TV.