Yesterday Google announced Topics API, a new tool developed within the Privacy Sandbox designed to facilitate interest-based targeting once third-party cookies are phased out of Chrome next year.

In a nutshell, the Topics API will monitor user behaviour within the browser itself, and determine a handful of topics which represent each user’s top interests each week. When a user visits a website selling ads, Topics will then share three of these topics, one from each of the past three weeks, with the website and their advertising partners, which can be used for targeting.

Topics will replace the previously proposed Federated Learning of Cohorts (FLoC) API, which has drawn complaints from privacy activists and antitrust bodies, including the UK’s Competition and Markets Authority. But will Topics be sufficient as a substitute for cookie-based targeting? And is there enough time to test the new API before Google’s new deadline? 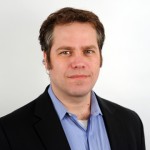 FLoC’s granularity meant it was only going to be useful to ML models, not to any sort of intuitive use. Which, in theory, could help buyers to find pockets of demand better than less granular topics. On the other hand, since topics are human-understandable, they may be more widely used by buyers, especially for branding use cases.

The Topics API is still problematic from a privacy POV as it doesn’t explicitly ask for user consent. On the positive side, having far fewer segments makes fingerprinting or reverse-engineering much less likely.

The second problem with FLoC was what I’d call the “moral” problem, which is that the browser was effectively collecting data about the users and broadcasting it to many parties, without explicit consent. From a certain perspective you could argue this is actually WORSE for privacy that cookies. I think the same argument could be made for the Topics API. However, there’s the perception issues, which is that FLoC was really over-engineered and complex, which made is seem more sinister, whereas sharing three topics about the user just seems much less objectionable.

I also don’t think there’s been enough communication from Google – there’s a major problem with Google driving all of these processes on their own timelines. 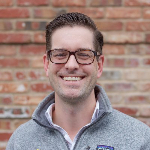 At the level of granularity Google is currently proposing (roughly 350 separate categorized topics), clearly Topics won’t be a silver bullet third-party cookie replacement on its own (not that anyone was expecting one).

It’s early to make any airtight predictions, but this feels like it would primarily augment publishers with strong first-party authenticated visitor data (e.g., logged-in subscribers), rich on-site contextual data, or declared intent data (e.g., search-based) who could then use Topics as a coarse-grained “signal booster” to enrich or validate visitor profiles (and thereby boost CPMs).

Speaking hypothetically to illustrate the rough magnitude of signal loss: if today there were 3.5 billion browser users all with unique third-party cookies enabled, Topics is proposing to shave seven zeros of precision off that number! 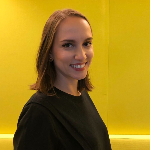 While Google has long come under fire for monopolising how the ad industry works, their new solution solves some of the previous privacy problems with FLoC – which from a European perspective raised red flags over GDPR compliance. It’s clear from Google’s plans to test Topics in the EU throughout Q1 that they don’t want to make this mistake again.

For our clients, this forces them to restructure their strategy yet again, and the changes have certainly felt relentless in the past couple of years. While precise tailored audience targeting will no longer be possible, the good news is that Topics compliments the contextual advertising route that advertisers have been leaning into over the past few years. It seems that Topics is essentially interest-based advertising with a higher expiration date.

But while Google aims to provide roughly 300 different Topic categories, they are pushing advertisers to keep other targeting parameters like contextual and keywords hyper relevant. And because users are likely to switch between Topics frequently, advertisers will need to constantly revisit audience targeting. It’s still too early to say what concrete impact Topics will have, but we hope this system offers the possibility of a fairer and more appropriate way of processing personal data, while still offering a significant level of targeting. 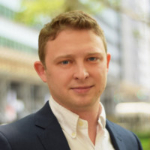 Google’s shift from FLoC to Topics seems to be one of the more realistic targeting solutions that have been put forward. This shift provides those seeing ads with the ability to configure what they are receiving ads for. In turn, this will provide advertisers with more confidence in their targeting capabilities than 3rd party cookies or DMPs could ever provide. This will naturally be a more defined and targeted audience pool since consumers will have greater control surrounding the content they want to view

Providing this level of control to users builds upon the recent trends of zero-party data; the benefit with Topics is that the data stays local to the machine and browser and is not shared with third parties.

Moving beyond ads, I’d like to see Topics taken a step further and allow for onsite personalisation, potentially through a privacy sandbox integration with Google’s Optimize product. Given users are able to curate their Topics, users can expect a more tailored experience and the human curated aspect of Topics alleviates the intrusion we have all felt when visiting sites trying to guess our interests. 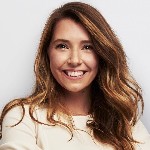 Google’s announcement of Topics is a welcome change for many, showing they have listened and responded to feedback from the industry and privacy advocates who spoke in favour of changes to FLoC.

First and foremost, this is good for consumers. Giving consumers the ability to review and remove Topics, as well as switch the feature off entirely. This provides consumers greater transparency, control and ownership over their data.

For publishers this is welcome news as it confirms that unauthenticated addressability will continue across Chrome. However, forward-thinking publishers should continue to build authenticated audiences, ensuring they own their audiences rather than becoming reliant on others. Google’s Topics should be considered additive to any publishers’ existing or future contextual strategy.

When it comes to brands, the advice and guidance is the same it has been since the original cookie deprecation announcement: focus on building and perfecting your first-party data strategy. The most valuable currency we will see in advertising is going to be first-party data and while that shift is underway, the safety net will not be as sturdy in 2023 and beyond. 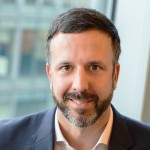 It seems like Topics is an in-browser profiling algorithm that will output different contextual profiles based on the users’ browsing habits and history, and that the Topic that Google will share with participating publishers will be randomly chosen between the top ones. This random element, as well as potential limitations of the solution – related to publishers’ participation – should be a point of concern for advertisers and ad tech players as they might have to make the most of limited data points which are, potentially, not any better than using a real-time contextual solution.

Being able to target one of a few “topics” for each user and distilling everything a user might be interested in to just three topics at a time doesn’t seem nearly sophisticated enough for intelligent buyers today.

Neither Topics nor FLoC offers the same level of targeting capabilities that advertisers can leverage in Google’s advertising platform. Therefore Google would continue to uphold a privileged position in the advertising ecosystem, attracting budgets from advertisers who still want to target their audiences effectively.

There is still a fair amount of time to test Topics and understand the viability of the solution, however, this will depend on subsequent changes of directions and/or specs. As we’ve seen with FLoC and other prior initiatives, there tend to be significant changes and lack of details on all of these proposals. If this will be the case with Topics, the industry might have to deal with last-minute changes and disruptions.
Whilst Google has claimed that they’ve been discussing the release of Topics with different parties, there has not been widespread communication on the change of direction (and solution). No certainty on the future of FLoC was provided up until yesterday. However, given the privacy concerns that arose in Europe regarding the product’s compliance with GDPR requirements, we were expecting FLoC to either be significantly changed or dropped by Google.
Tim Cross2022-01-26T15:55:22+01:00