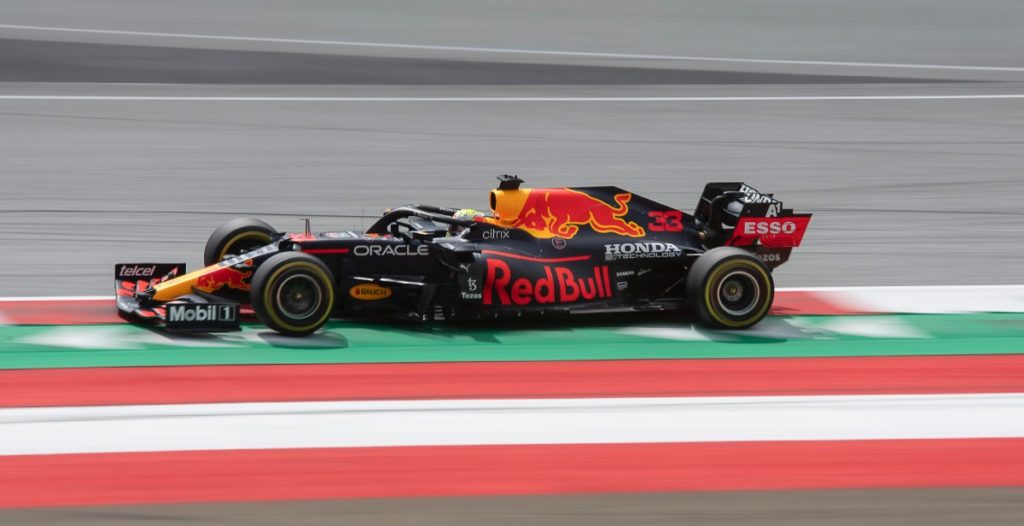 The final race of this year’s Formula One World Championship on Sunday was marked by its late drama. While the UK’s own Lewis Hamilton had built a comfortable lead and looked set to cruise to the title, a crash late in the race brought out the safety car. This allowed Max Verstappen to catch up with race leader Lewis Hamilton, and then pip him to the title on the final lap.

The deal was seen as a coup for Channel 4. The final race of the season was highly anticipated, with leaderboard toppers Verstappen and Hamilton tied on points heading into the final race of one of the most dramatic seasons in recent memory. Channel 4 says the race drew an average viewership of 3.4 million – a 30.7 percent audience share.

This is just the latest in a series of similar deals struck by the broadcaster. In 2019, Channel 4 negotiated with Sky to be able to broadcast the final of the men’s Cricket World Cup, which England ended up winning. And this summer the broadcaster agreed a deal with Amazon to simulcast the women’s final of the US Open featuring Britain’s own Emma Raducanu – which reached a peak total audience of 9.2 million.

All of these deals have followed a set pattern. They’ve all been for one-off broadcasts of finals, rather than deals for whole leagues or championships. They’ve all featured British athletes. And they’ve all been finalised just days before the event.

They all represent something of a long-term play from Channel 4. In and of themselves, they’re unlikely to be profitable. Channel 4 hasn’t said exactly how much it paid for each event, but CEO Alex Mahon did reveal that the US Open final cost a seven figure sum.

While in theory the broadcaster could leverage the big audiences associated with these events for high prices on ad slots during the broadcasts, in practice this isn’t happening.

“In both the US Open and the F1 cases, Channel 4 announced its broadcast deals with Amazon and Sky respectively a matter of days if not hours before the events themselves,” said Daniel Harraghy, senior analyst at Ampere Analysis. “Advertising deals would have been signed well before both announcements. Furthermore, barely any adverts ran during both events.”

A case for the status quo

But just because this strategy isn’t immediately profitable, that doesn’t mean these deals don’t pay off. “These rights deals are certainly beneficial for Channel 4’s brand reputation,” said Harraghy. “Before the 2019 Cricket World Cup final, the first of this sort of deal between Channel 4 and the original pay-TV licensee, there hadn’t been any live international cricket on free-to-air TV in the UK since 2005. Meanwhile, live Formula 1 racing had also exclusively been broadcast on Sky since 2019 before this past weekend.”

“Channel 4, which has a public service remit to represent the nation with its content and to innovate, has found a way to do that through its sporting output that does not break the bank and that ensures it delivers big audiences,” Harraghy added.

This point on Channel 4’s public service remit may be particularly important. The UK government is strongly considering privatising Channel 4 – a move which Channel 4 executives clearly oppose. David Murray, director of sports rights and business advisory Fozmuz and former head of sports rights at the BBC, says that these sorts of deals make the case for maintaining the status quo, demonstrating that Channel 4 is able to deliver effectively on its remit without further cash injections.

But Murray pointed out that while these broadcasts can boost Channel 4’s own brand reputation, they are often even more beneficial for the original rights holders. It looks good for Channel 4 to be making these events available to the public. But they often end up as hours-long adverts for the paid sports channels.

This was particularly noticeable for the US Open final. “Channel 4 took the Amazon feed including analysis and branding, such as the analysts behind a big Prime desk, and promotions for the Amazon games the following day,” said Murray.

For the F1 final, the branding was more subtle, but the live feed was Sky branded, and Sky commentary was used. A few of Sky’s ‘breaking news’ graphics made it into the broadcast as well.

Fans for the future

The benefits to Sky and Amazon go beyond just advertising their own paid services. By opening up these hyped-up finals to a much wider audience, both broadcasters will hope to generate more interest in the sport. This in turn creates potential new subscribers further down the line.

Alistair Taylor, senior consultant at The Sports Consultancy, said that this is particularly important for sports like cricket and F1, whose fanbases have fallen as right have remained locked up inside expensive pay-TV packages.

Bringing these sports back onto free TV, even if only temporarily, can therefore be very valuable in terms of attracting new audiences.

But Taylor added that Channel 4 should be mindful of changing audience preferences in how it packages and bids for broadcasts. Younger audiences in particular have shown less interest in lengthy sports broadcasts, preferring short-form and easily consumed content.

This in itself strengthens the case for free-to-air broadcasts of major events. If young audiences are less inclined towards sitting down for an hours-long broadcast anyway, convincing them to pay to do so without being invested in the sport will be next to impossible.

It also means Channel 4 should think about how it uses its sports content to engage younger viewers. Social distribution of highlights and shorter video coverage and analysis of these events can be equally important for engaging new audiences as the full broadcasts. And Channel 4 has struck deals specifically for this type of content too – indeed the broadcaster already has highlights rights for F1 in the UK.

But Taylor added that Channel 4 won’t be the only one eyeing up these opportunities. We’ve already seen BT Sport going straight to YouTube to broadcast free streams of the Champions League final. Taylor said that these sorts of deals might increase in the future as the likes of Facebook and YouTube allow rights holders to plug into much bigger audiences.