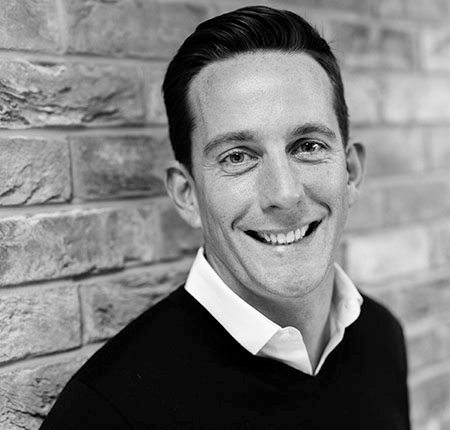 Azerion has regularly been amongst the trade press headlines this year. In 2021 the company launched in the UK, made a number of big acquisitions including Sublime and Inskin Media, and today announced plans to go public via a merger with special purpose acquisition company EFIC1.

Within these stories, Azerion tends to be handed a range of different descriptors. You may have seen it labelled as a gaming publisher, an ad tech company, or something more broad like a digital media company.

At its inception in 2014, Azerion was very much the former. The business was essentially a games distribution platform, with a focus on casual and social gaming.

This is still a big focus for the company, which has grown its catalogue of owned and operated games through acquisitions. Perhaps the best known of these is Habbo Hotel, one of the earliest social gaming experiences.

But since then Azerion has branched out into monetisation, as well as broader opportunities in media and advertising.

Dominic Woolfe, CEO of Azerion UK, says the company nowadays describes itself as a “global digital entertainment and media platform” – a combination of all of the above.

Woolfe outlined Azerion’s proposition: “We combine creative and technology to; develop thousands of online games which are engaged by more than 180 million people, deliver brand performance for more than 10,000 advertisers every month, and monetise the world’s best publishers with 400 million ad auctions every hour.”

And as the company has grown, so has its ambition. Woolfe says Azerion is now positioned “to become a leading European entertainment and ad tech platform” – the kind of end-to-end platform which could rival the US tech giants.

Games at the core

While Azerion’s ambitions stretch beyond games, Woolfe says that the company’s strength in gaming is a big competitive advantage. “Gaming gives Azerion an edge and differentiates us from other ad tech companies,” said Woolfe.

By building up a portfolio which includes a mix of games publishers and the tools needed to monetise those games, Woolfe says Azerion’s business is stronger than the sum of its parts. “It also allows us to have an integrated content strategy which means we have our own first-party data which can be used within the Azerion platform and increases the relevance of our ads. Gaming is such a great way to reach audiences at scale in a really engaging environment,” said Woolfe.

“Meanwhile on the sell-side, publishers have access to our impactful formats which have bespoke functionality, enhanced user experience, and further monetisation opportunities,” he added.

Woolfe says one of gaming’s strengths is the ability to run very unique integrated campaigns – which Azerion is well placed to offer given its position as both a publisher and a monetisation platform.

“Brand partnerships are a really effective and immersive way for advertisers to reach audiences at scale,” said Woolfe. “Earlier this year our very own Habbo partnered with Fanta, creating a dedicated Fanta area on the platform. We’ve also partnered with clothing companies such as BALR, the Dutch apparel and lifestyle brand to create virtualised garments and hosted virtual concerts in our games.”

Of course there are potential challenges here too. Owning both the content and the ad tech can raise concerns around neutrality for third-party publishers who use those same ad tech tools. Woolfe says that Azerion is committed to “an open and honest framework with our partners” to alleviate those concerns.

And then there are the wider challenges facing gaming advertising – namely Apple’s privacy changes on iOS devices, which make its ‘Identifier for Advertisers’ (IDFA) harder to come by.

Woolfe says Apple’s moves have brought about shifts in tactics. “App and games publishers are going to find it harder to reach the customers they value, and at an increasing cost,” he said. “Most importantly, the IDFA changes mean that it will be difficult to accurately pinpoint marketing costs across platforms. This policy change has disrupted the entire app marketing ecosystem and Apple’s new policy has had significant implications for game monetisation.”

“There is going to be a change in the way games are developed and the game mechanics that drive its monetisation strategies,” Woolfe added. “With game developers now having to rely on broader campaign distribution strategies to target ads, they are going to have to rethink how they monetise the broad audience they will now attract. I think we will see greater synergy between game aesthetics and ad creative, and an increase in IP-based games.”

From gaming to entertainment

While gaming will remain a key component, Azerion’s moves this year have strengthened its non-gaming business.

The acquisitions of Sublime and Inskin Media, in September and October respectively, stand out. Both are fairly similar businesses, specialising in wraparound ad formats which envelop web pages.

“I have admired both businesses over the past few years and am genuinely delighted that they are now part of the Azerion family,” said Woolfe. “Both the Sublime and Inskin acquisitions have enabled us to enhance our technology, creativity and scale to become even more appealing and relevant to  advertisers, while increasing our global footprint, particularly across Europe and APAC.”

And while these two businesses don’t fit neatly into Azerion’s gaming offering, Woolfe says they gel with the overarching strategy. “Both businesses are focussed on delivering high impact digital brand advertising to clients,  which aligns perfectly with our business ethos,” he said. “It also gives our clients access to a wide range of scalable and impactful ads. Both of these acquisitions create great synergies within our best-in-class digital platform.”

Woolfe says Azerion will continue to look for more companies which fit with this strategy. “M&A’s have been a priority for Azerion over the last few years and will continue to be in the future,” he said. “We have acquired nine, companies this year all of which have added strategic value to us in the gaming, tech and advertising space. We have bold ambitions and all acquisitions have and will continue to strengthen the Azerion platform.”