Squid Game was the most watched programme produced by the streaming services on UK TV sets in October 2021. However, according to BARB  (the Broadcaster’s Audience Research Board) figures, the Korean drama, which broke Netflix’s records and became the most watched show ever on the platform, was only the tenth most watched show on British TV overall.

The figures from BARB find that nine shows produced by the UK public service broadcasters (BBC, ITV, Channel 4) were more popular on TV than Squid Game.

Strictly Come Dancing, a ballroom dance competition produced by the BBC, was the most watched programme on British TV in October, with 10.44 million viewers tuning in.

Squid Game had 5.77 million viewers in the same period, although these stats only count the audience for the English-dubbed version of the programme, which BARB say is because they’re in a ‘test and build phase of development’.

The data is also confined to UK viewing figures on TV sets, so viewing on other devices like mobile, laptop and tablet weren’t included.  BARB is owned by the BBC, Channel 4, Channel 5, IPA (Institute of Practitioners in Advertising), ITV, Sky and UKTV. 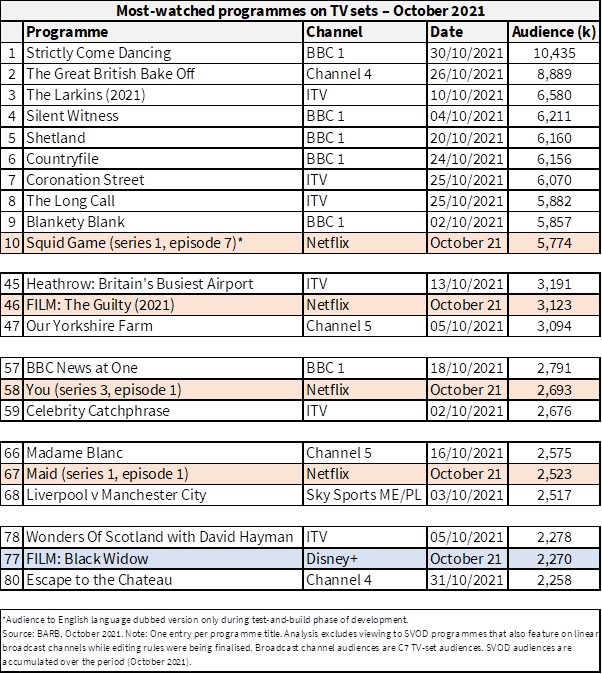 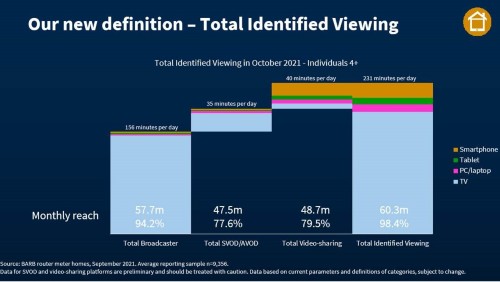