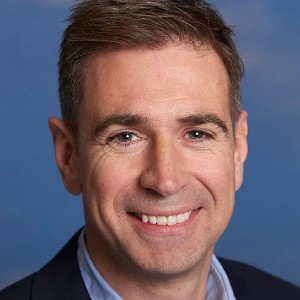 It’s been just over a year since ITV launched Planet V, it’s programmatic buying platform built by Amobee. Over that first year, the broadcaster has been busy teaching agencies how to use the new platform, while also adding in new tools and features.

Now, Planet V is a major part of ITV’s business, with nearly all inventory from the ITV Hub streaming service being sold through Planet V. VideoWeek spoke with Ben Allen, ITV’s director of commercial strategy and trading, to hear how the platform has developed over the first year, as well as its plans for linear inventory, and the impact of its Data Match partnership with InfoSum.

Overall, how has the Planet V platform developed over its first year?

When Planet V first came to market last October, we started with a very soft launch. There’s always that tension between wanting to put out a perfect product, but also wanting to get a product out there.

And I think we got that balance right. We went to market with a MMP [minimum marketable product] platform, and we are now at the point where we are evolving the products that are in the platform itself. So for example last week we launched new dynamic creative abilities, earlier this year we launched a weather targeting product, and in the summer we put out specific products for Love Island and the Euros.

I suppose we’re at the start of that development piece. The launch has opened up new dialogue, and a new type of relationship, with our agencies. We’re now getting feedback from everybody on the platform about functionalities they like, and the developments they would like to see implemented. Those are all things that we’re now working to bring into the platform going forward.

So it’s developed a different mindset for us. It’s no longer a case of thinking of things and bringing them to market. We talk about having an ‘always in beta’ mindset. And that means we trial things with customers, we discuss ideas, we experiment, and we figure out what works.

We never had the right opportunity or platform to do that before, and that’s one of the biggest changes we’ve seen.

Since launching, we’ve been adding live inventory from ITV Hub to Planet V, so that linear inventory on PC and mobile is already there.

And the question around linear inventory plays into a broader piece around how we envisage ourselves in the future. We see us having two separate but joined offerings: an addressable offering and then a linear mass reach offering. We believe the majority of advertisers will use both of those, but at the extremes some advertisers will just use one or the other.

We see Planet V as the access point for both of those in the future. And what we want to do, looking ahead, is to start introducing some of those combined packages, so that you’re buying across both linear and addressable within the platform.

ITV announced Data Match earlier this year – to what extent have data capabilities been a big factor in bringing advertisers into Planet V? And what types of data-based targeting have been most popular with advertisers?

There are really two sides to our data capabilities. One is the native data options that we have within the platform, which provides over 10,000 different criteria for targeting.

One of the main benefits of the platform has been in being able to surface those in a usable fashion. Otherwise, when you are talking to someone face-to-face or over the telephone around a potential brief, it’s very difficult to articulate all those options. When you have a platform where they’re surfaced in front of you, you can play. So the platform has opened up some of those capabilities and made them much easier to use.

And then there’s the InfoSum Data Match proposition for clients who have their own first-party data, to match against our TV audience. What we’ve found is that it tends to be a three-way conversation between the client, the agency, and us. Those conversations are usually around specific business goals that the client is trying to achieve, whether it’s to do with lapsed customers, prospecting for new customers, etc.

It’s a bit further up the planning pipeline, rather than being at the executional end. It makes those earlier conversations very productive.

To date we’ve had six or seven advertisers using that product, and we’ve got three running in November currently. And we’ve had some very strong results. One large retailer had a £2.50 ROI for every pound spent through Data Match.

This year, it’s been about testing and learning with Data Match. The focus for next year is productising it, automating it, and making it simple to use, now that we’ve got a lot of the learnings about what you have to go through with that process.

What types of advertisers have been most engaged with Planet V so far?

At the moment, most brand categories are using Planet V. It’s the full spectrum – very large brands right down to small advertisers. It’s not polarised to any one sector or type of advertiser. We’ve had over 900 advertisers run over 5000 campaigns, and over 200 agencies are onboarded.

One thing we have seen is that Planet V has opened up an opportunity where Google and Facebook have been very successful, in having a huge long tail of advertisers. With Planet V, those same types or advertisers can get on board, use our platform, and use those targeting abilities.

So we have a range of clients from big brands like Porsche and Net-a-Porter, right the way through to a small theatre on the east coast of Suffolk.

How much brand direct buying is going through Planet V right now? Is it possible for brands to use the platform without first being inducted?

I suppose it’s fair to say that, to date, our main focus has been agencies because they’re often the main source of demand. However, we do have five or six clients that are currently onboarded directly, and buy direct from us.

One of the main focuses for the platform is making it easy to use for everyone, because we have so many different types of buyers. You have the linear TV buyers who want to buy in conjunction with a linear campaign, and you’ve got the programmatic agency buyers who want to use it in a different way, and are keen to explore the over 10,000 different targeting criteria within the platform. And we have conversations with the clients themselves around using first-party data, and our data match capabilities, which is a very in-depth integration.

But also, it’s got to be easy for someone to just come on and book a campaign. We have a team that’s dedicated to onboarding both agencies and clients, and as I said we do have some clients that are onboarded directly.

There’s been quite a lot of movement in cross-platform measurement over the past year – both through CFlight and the WFA work on Halo. How does this all play into Planet V?

Firstly, I think CFlight is a great example of collaboration between the TV companies, with everyone working together to solve a common requirement and ask for advertisers.

I think it’s gonna be a really important tool and milestone for addressable TV, and for all of us broadcasters. And in that vein I would expect it’s going to drive more investment into addressable, because people will be able to see the benefits of doing it. So I think progress is important for Planet V.