CTV Platforms Must Tread Carefully in Promoting Their Own Streaming Apps

CTV Platforms Must Tread Carefully in Promoting Their Own Streaming Apps 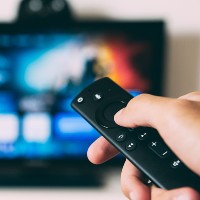 Last month Amazon announced it was launching its first own-brand TV in the US under its existing Fire TV hardware brand. Like other companies, Amazon both produces streaming hardware and has its own streaming platforms, Prime Video and IMDb TV. How much can companies that act as the gateway for consumers to access video-on-demand boost their own offerings?

Prominence on CTV gateway platforms is a hotly contested prize. In the UK, the Government has committed to legislating to ensure that public service broadcasters receive prominence on CTV platforms. And Sky is reportedly launching its own smart TV set, a move which seems partly motivated by a desire to own the CTV experience, and determine its own apps’ prominence.

But Stephen Adshead, founder and director of Spark Ninety, a media, advertising, and tech consultancy, says that these companies cannot simply promote their own services unchecked.

“Clearly, users want to watch a diversity of different programmes, they want to be able to find other services. So there’s a constraint on how much the platform companies can promote their own service. It wouldn’t make sense for them to just promote their own streaming service to the exclusion of everything else,” he said.

Gateway platforms that also have streaming services are in a peculiar position, because they often work closely with their competitors.

Roku is one such example. In 2017, the company branched out as a CTV publisher, launching a streaming offering “The Roku Channel”. The service carries content such as “Roku Originals”, which comes from the acquisition of Quibi earlier this year. And in theory, it competes directly with other apps hosted on Roku devices.

But Mirjam Laux, VP international platform at Roku, says that the company actively wants to see the success of other VOD services.

“We see our platform as a level-playing field for all publishers, giving everyone equal opportunity to build, grow and engage an audience. Our success is built on making our partners successful – there is a great strategic alignment,” she said.

And for streaming services to be able to scale, they cannot just be successful on their own devices but also those of their rivals. So companies may also hesitate to promote their own service at the expense of their competitors, in case those competitors retaliate.

Taking a slice of ad inventory

Another prize up for grabs for platform owners is ad inventory. In CTV platform carriage deals deals, the gateway platforms can in some cases demand a share of ad inventory to sell. If a platform owner runs an AVOD service, their overall ad offering is strengthened by the ability to bundle their own inventory with third-party inventory.

A November 2020 report that Spark Ninety produced for Ofcom found that the market dynamics in the UK were not at the stage where gateway platforms could negotiate for a share of CTV ad inventory, or insist on the use of certain types of ad tech. This is largely down to the market share of the large broadcasters.

However, in the US, where these gateway platforms have much greater market penetration, the position is very different.

“There’s a dramatic difference between the US markets and most international markets. In the US, Amazon and Roku have huge device user bases – in the tens of millions,” Stephen Adshead said, “And on the back of that, they are able to negotiate with streaming services from a strong position, enabling them to get a share of these services’ ad inventory.”

If the gateway platforms were to get to the point where they could leverage for a share of ad inventory more widely, it would definitely put them at an advantage. The current power dynamics in the UK CTV market mean this seems very unlikely to happen. However, Spark Ninety’s report says, “there is a risk that gateway platforms will mandate certain terms globally, regardless of local UK market dynamics”.

A nudge rather than a landslide

One of the biggest advantages of having both a streaming platform and being a gateway provider is the data these companies are able to utilise for both businesses.

“If you’re running a gateway platform, then, depending on local privacy laws, you can see what people are doing on your platform- what people are searching for and what they watch. This information isn’t something platforms share with streaming services,” Adshead said, “In theory, they can use this information to their advantage when commissioning programmes or designing their service.”

But, as Adshead notes, there is no simple formula to streaming service success for the gateways.

“It’s not as if they can flick a switch, and suddenly, their service becomes superior to everyone else’s and gets massively more audience. It’s a lot of little things that they can do to nudge that service ahead. We’re not talking about an overnight change. Compared to the usual fast pace of change in tech markets, this is a bit of a long game,” he said.

When it comes to the success of the streaming services and gateway platforms the two are very much tied together, it’s not a matter of prioritising one over the other.

Roku’s Mirjam Laux says the company recognises that one side of the business depends on the other.

“Our goal is to scale our platform, engage our users and then monetise the viewing on our platform by connecting advertising partners to our viewer base,” she said, “ As the audience grows on our platform, more people start watching ad-supported services resulting in more budget to license great entertainment. These are really intertwined, it’s a virtuous cycle or a fly-wheel if you will.”