Crypto Marketing is Still a Minefield

Crypto Marketing is Still a Minefield 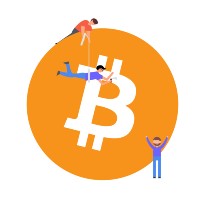 Publicity from high-profile figures like Elon Musk has encouraged more people to buy cryptocurrencies like Bitcoin, Ethereum and even meme-currency Dogecoin. However, regulators have warned that consumers should take celebrity endorsement of cryptocurrencies with a pinch of salt.

Earlier this month, Charles Randell, chair of the UK’s Financial Conduct Authority (FCA) made a speech that singled out Kim Kardashian’s promotion of a crypto token as being particularly troublesome.

Kardashian had promoted Ethereum Max – not to be confused with Ethereum- on an Instagram post. The problem wasn’t a lack of transparency – Kardashian had correctly marked the post as an ad, in line with rules.

But the FCA’s chair noted that Ethereum Max was “a speculative digital token created a month before by unknown developers”.

“Of course, I can’t say whether this particular token is a scam,” Randell said. “But social media influencers are routinely paid by scammers to help them pump and dump new tokens on the back of pure speculation. Some influencers promote coins that turn out simply not to exist at all.”

Elsewhere, controversial adverts from cryptocurrency exchange platform Luno were banned by Transport for London. The ads, which appeared on London’s underground network, read “If you’re seeing Bitcoin on the Underground, it’s time to buy”.

Cryptocurrencies may have hit the mainstream, but marketing crypto is still a minefield.

Amélie Arras is marketing director at Zumo, a cryptocurrency wallet. She describes cryptocurrencies as being “somewhere between gambling and a financial product”, and urges consumers to invest with care.

There are few specific rules to regulate the advertising of cryptocurrencies, other than existing rules around financial products from the FCA.

In his speech addressing fraudulent cryptocurrency advertising, Randell argued that “a permanent and consistent solution requires legislation”. He called for the government to introduce laws relating to paid-for advertising.

In the absence of legislation, many platforms have closed the door to cryptocurrency advertising. Google does not allow financial services to advertise with them, unless they are authorised by the FCA. Only six crypto service providers have successfully completed the authorisation process.

TikTok has also banned sponsored cryptocurrency content until it can find a way to keep younger users from seeing these videos.

CryptoWendyO teaches her thousands of followers on YouTube, Twitter and TikTok about crypto. She currently has over 161 thousand followers on TikTok. She says that the ban on TikTok seems somewhat crudely executed.

A shift to organic marketing

“I’d say it makes the job of a marketer very interesting, you’ve got to be super creative. Because if I can’t use Google, if I can’t use Facebook, what am I going to use?” she said.

“So you’ve got to find out, what is the stuff that we could do? For a company like us, it forces us to be creative and it forces us to go down the organic route, which is not a bad thing in itself. Because if you have got a really good product that actually is solving something for your customers, then your channel will grow organically because people love your product and want to spread the word about how good your product is,” Arras added.

Arras says that choosing the right influencer to promote your product is extremely important.

“When influencers get approached by these companies, they need to be ethical and conscious of what they could be advertising. They should do their research,” she said, “At Zumo, we love working with particular influencers because of their ethical approach and how they educate people on financial products. I personally believe that education around crypto and financial wellness is extremely important, and it’s not something we learn at school. And there, influencers have been filling in some of the gaps.”

CryptoWendyO says that paid posts from influencers are not an inherently bad thing.

“There’s a misconception in crypto that if somebody pays for marketing, that it’s a scam. It’s not a scam. I have a very strict vetting process for companies I work with. I am also transparent about when my content is sponsored,” she said. “So I think if it’s done in a transparent manner and there’s not a focus on token price, it should be welcomed. Because at the end of the day, people want to learn more about projects, and content creators and influencers should be paid for their time.”

Of course, it’s not just influencers themselves who have responsibility for ethically promoting crypto products, the companies themselves must think carefully about how they advertise a financial product where the risk of losing investment is very real.

Examples of unscrupulous promotions of crypto are not hard to find. For example, one tactic for promotion is the use of fake news articles.

One article, which mirrors the style and format of UK tabloid The Mirror, claims that Sir Richard Branson appeared on a British daytime TV show to promote one company’s crypto wallet. The article, complete with doctored screengrabs of the TV programme, claims that Branson urged others to do the same, and invites readers to sign up to the wallet with a link. The contents of the article are completely false, and indeed Branson has previously complained of scammers using him as bait.

While it cannot be stated with any certainty that this particular article came from the company itself, it shows that some of those seeking to promote crypto products are prepared to resort to dishonest tactics.

Amélie Arras is hopeful that the cryptocurrency market is learning that unethical marketing is not only harmful to consumers, but for their business.

“Before now, any PR was good PR. That’s changing. There’s more emphasis on being a company that is compliant and playing by the rules, as opposed to receiving exposure because you’re breaking the rules. The risk now is much higher when you break the rules,” she said.