UK Government Sets Out Vision for Privatisation of Channel 4

UK Government Sets Out Vision for Privatisation of Channel 4 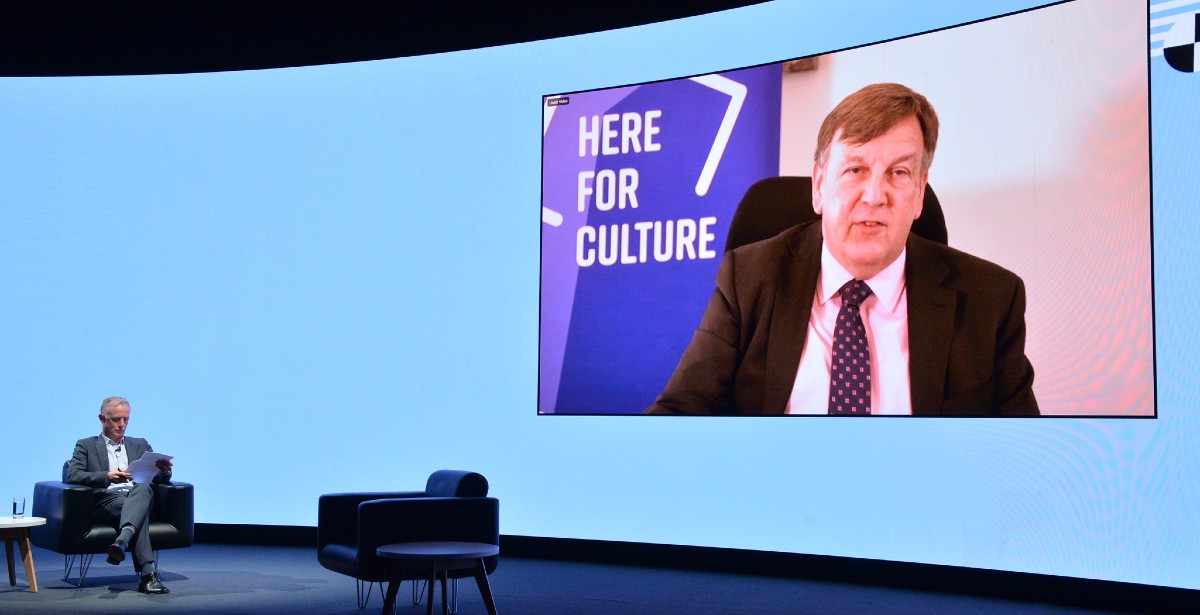 This piece was originally posted yesterday morning when Oliver Dowden, who was the UK’s culture secretary until yesterday afternoon, was due to deliver a speech at the RTS conference in Cambridge. Dowden was subsequently demoted in a cabinet reshuffle, and the speech was instead given by media minister John Whittingdale. This piece has been edited to reflect this change.

John Whittingdale, UK minister of state for media and data, on Wednesday delivered a speech to the Royal Television Society Conference in Cambridge which laid out what the government sees as the benefits of privatising Channel 4. The government has not formally committed to privatising the broadcaster, instead launching a consultation on the matter earlier this year. But the speech, which was due to be delivered by former culture secretary Oliver Dowden until he was demoted out of the role in a cabinet reshuffle, clearly shows that the government’s preference would be to sell off Channel 4.

In a speech outlining steps the government will take to better protect British broadcasters, Whittingdale told the conference that one priority will be “putting [broadcasters] in the right financial position to compete and succeed for decades to come – no matter what the future of broadcasting holds”.

Whittingdale stated that Channel 4 will need cash in order to be able to continue growing, and to invest in technology and programming. But he suggested the government isn’t willing to provide it.

“Where does that cash come from? It can either come on the back of the taxpayer, or it can come from private investment. And it’s our strong position – as a point of principle – that the borrowing of a commercial TV channel should be underwritten by a granny in Stockport or Southend,” said Whittingdale. “Instead, we can help it unlock that much-needed investment. And we can do so while protecting the parts of Channel 4 that none of us want to lose.”

The media minister said that if Channel 4 were to be privatised, it would remain a public service broadcaster nonetheless, and thus committed to public service obligations.

“Let me be clear: The government does not subscribe to the false binary choice between public service content and privatisation,” said Whittingdale. “We can have both. Channel 4 can continue to do what it does best: to fund original, risk-taking content – the kind you wouldn’t get anywhere else – and to showcase the very best of this country on free-to-view television.”

Government unlikely to be deterred by critics

Whittingdale’s comments will likely have not gone down well with Channel 4 CEO Alex Mahon, who spoke at the Conference. Mahon has stated several times over the past few weeks, including in her interview at RTS Cambridge, that she sees privatisation as more of a threat than an opportunity.

“Having considered all the available analysis extremely carefully, and modelled and stress-tested this, we have not seen any evidence that the irreversible change of privatising Channel 4 will be in the interest of either the British audiences or the UK economy,” she said last week. “It could well have serious and long-lasting consequences for our world-leading television production sector, and for the progress that has been made in our creative industries outside of London.”

And just yesterday the Institute for Practitioners of Advertising (IPA), and industry body, said it “firmly supports” ongoing public ownership of Channel 4.

“Ultimately, Channel 4 is a success,” said Paul Bainsfair, director general of the IPA. “Its purpose-driven programming is good for society and it’s good for culture, and crucially, to the IPA, our members and their advertiser clients, it’s good for business. We see no upside but significant downside to privatisation.”

But it seems doubtful that the government will be swayed. The Conservative government has floated the idea of privatising Channel 4 several times throughout its time in power, each time drawing backlash. Given that the Conservatives keep coming back to the issue, and Whittingdale’s speech on Wednesday, it looks like the government might have already made up its mind.