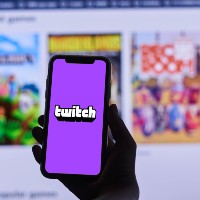 On September 1st, Amazon’s hyper-popular streaming platform Twitch was quieter than usual, as a number of creators and viewers boycotted the platform for the day. The protest, called #ADayOffTwitch, was organised by streamers Rek It Raven, Lucia Everblack, and Shiney Pen, in response to the frequent occurrence of “hate raids” targeted towards marginalised streamers on the platform.

The boycott seems to have had an impact – both on Twitch’s viewing figures, and in drawing a response from the platform itself. But streamers VideoWeek spoke with say they expect Twitch to be doing more to prioritise its creators – especially with well-funded alternatives like Facebook and YouTube trying to lure over Twitch streamers.

What Are Hate Raids?

However, with the hate raids, instead of streamers being flooded with new potential fans, they are flooded with abusive trolls. The trolls particularly target streamers from marginalised communities, with trans, Black and female creators being some of those who have come under the most consistent abuse.

“What’s been happening lately is that there have been coordinated, automated attacks. There is a person or a group of people that are coordinating these attacks with a massive number of accounts. So basically a bot army that picks a streamer and sends abusive messages that are designed to skirt moderation,” she said.

The strain of dealing with this kind of coordinated attack repeatedly can be difficult to deal with, says Lucia Everblack, one of the organisers of #ADayOffTwitch.

“It is manageable the first few times and I’ve even made the raids into content, but eventually they wear you down as you can only take so much hatred before you break,” they said.

Aside from the emotional impact having a torrent of abuse fired at you can have, hate raids can make it difficult for creators on Twitch to run their stream.

“Hate raids are pretty impossible to ignore. As a streamer, you’re looking at chat, that is the main form of interaction,” said Lowco, “So, when they come in and they start chatting with so many numbers that it drowns out anything else, it is going to be your main focus.”

There are tools out there for streamers on Twitch to try and prevent hate raids. These include things like blocking users without verified emails from chatting and not allowing users who don’t follow you to chat. However, the trolls often simply adapt to these tools.

The community themselves have also developed ways to protect themselves from hate raids. But, as streamer SistaKaren says, keeping up with and implementing these methods can be time-consuming.

“There is a lot of research that you have to do in terms of working out what tools we need to use and what are the best practices to protect ourselves. It’s just a lot,” Karen said, “On that first week or so after I got hate raided, I just felt like I was so busy, just making sure that everything was locked down. I saw that some people were doxxed and their personal information was put in chats. So I spent a weekend making sure that there’s nothing personal out there that people can identify me through.”

Twitch allows their streamers to monetise their content either as an ‘Affiliate’ or as a ‘Partner’. Being a Twitch Partner comes with many perks.

“The part that really sucked is that I work a full-time job in addition to streaming. And you need to be streaming for around three days a week, or 12 times a month in order for you to be considered for partnership,” said Karen, “I had a partner application in before the hate raid started, and I got rejected because I didn’t stream enough within a 30 day period. But I had to take a bunch of days off to deal with the hate raids.”

What Impact Has #ADayOffTwitch Had?

There was some criticism of #ADayOffTwitch, that it was achieving what the trolls set out to do by driving marginalised creators off the platform (albeit only for a day).

One of the organisers of the action, Rek it Raven, says that with the severity of abuse, marginalised creators on the platform had few other options.

“We don’t know the goals of the people behind this outside of their intent to harass, threaten and act maliciously towards marginalised creators in this space. We are fighting a war with multiple “enemies” if you will. There’s no perfect answer or course of action but we have to do the best we can with what we have,” Raven said.

Lucia Everblack says that #ADayOffTwitch has drawn the attention of people outside of the platform.

“It gave us a huge reach off the platform. People who don’t even know what Twitch is have learned about the platform, and a bit about what is currently going on. They are now more aware than they would have been if we hadn’t created the #ADayOffTwitch campaign. If you look back historically, it has always been when people are vocal off platform that Twitch listens and takes action,” they said.

Twitch’s initial response following #ADayOffTwitch was to send out an email highlighting the tools available for streamers to prevent hate raids. The email apologised for a lack of detail saying, “the more information we offer about what we’re doing to stop [abusive individuals], the easier it becomes for them to navigate around these steps”.

Many creators have not been convinced by Twitch’s response.

“The community has done way more than Twitch is doing and it’s the only thing keeping people from seriously being harmed,” said Lucia Everblack.

While Twitch was initially slow to react to the action undertaken, #ADayOffTwitch has seemed to have a big impact. Late last week it was revealed that Twitch is suing two prolific hate raiders, something which is hoped will dissuade others from the practice.

What Now for Twitch?

Twitch is by far the most popular destination for live streaming gaming. However, in recent times YouTube Gaming as well as other platforms have been trying to compete with the Amazon-owned site.

Earlier this month, TimTheTatman, who has been ranked in the top 20 most followed streamers, left Twitch to sign an exclusive deal with YouTube Gaming. He follows other prolific streamers such as DrLupo and CouRage in emigrating to YouTube.

With the arrival of prolific streamers making YouTube Gaming a more viable option and the torrent of abuse they face on Twitch, would some streamers consider switching platforms?

The streamers VideoWeek spoke to had differing opinions on this.

“We will hold out as long as reasonably possible but it will get to a point when there is no other option, or a better option comes out,” said Lucia Everblack, “If YouTube adds identity tags and pronouns, that alone would probably draw the last remaining holdouts.”

Others worried about rebuilding a following on an entirely new platform.

“It’s definitely not reasonable to suggest that creators should just leave the platform if they’re not happy with it,” said Lowco, “That’s a huge risk for a streamer to do. It’s like you’re basically risking everything that you’ve built and worked towards so far, to try to start all over again on a new platform.”

There are plans to continue putting pressure on Twitch to take further action to combat the hatred marginalised creators face.

“I love Twitch. I love the platform,” Raven said, “But I don’t have to like what’s happening on it, I can work to change that. The grass isn’t always greener on the other side of the fence. It’s greener where you water it.”

Those VideoWeek spoke with agreed that Twitch needs to prioritise creators on the platform.

“Twitch had their Black History Month team, who did a great job this year. They did a lot of things for Pride in June, that was great too,” said Karen, “It seems like they were really moving to a place of inclusion, but it feels like inclusion in name only.  Because if you don’t have a platform that’s safe for those streamers, then what’s the point of this performative BS that you’re doing?”

“I think that other platforms are starting to show that creators really matter,” said Lowco. “They’re starting to invest in creators. YouTube especially is like putting so much money into supporting them. Facebook is doing the same thing. They have both proposed millions of dollars in support for marginalised creators in the last year.”

“Twitch has not. I think the lack of support for creators is showing here. It doesn’t really feel like Twitch is putting the creators first- it feels more like they’re putting the bottom line first,” she added.