Is Nielsen’s Dominance of US TV Measurement Over?

Is Nielsen’s Dominance of US TV Measurement Over? 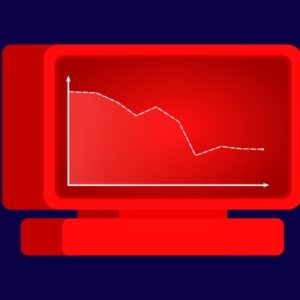 It’s been over sixty years since Nielsen started measuring television ratings. In the decades since, the company has come to dominate the US TV measurement landscape.

However, Nielsen has had something of a fall from grace. Earlier this month, the company lost its accreditation for its local and national measurement from the Media Rating Council (MRC). That means that while Nielsen data can still be used, the company has effectively lost its seal of approval from the highly respected MRC.

The suspension of Nielsen’s accreditation comes following an ongoing row between the measurement firm and TV networks. Nielsen undercounted TV ratings during the early months of the pandemic, and broadcasters say that the company has done little to rectify the situation since.

The straw that broke the camel’s back

While Nielsen’s pandemic undercounting has caused their accreditation to be suspended, it was less of a watershed moment and more “the straw that broke the camel’s back”, says Jane Clarke, chief executive officer and managing director of the Coalition for Innovative Media Measurement (CIMM), an industry body composed of TV networks, agencies and measurement companies.

“The industry has wanted to push back against Nielsen and introduce new measurement for over a decade now,” said Clarke.

“Over the years, many competitors have tried to unseat Nielsen. But to do a panel as they do, it’s a very expensive process,” said Jane Clarke. “Nielsen became embedded in all of the buying and selling systems at the agencies and the networks. If you wanted to buy something, you would buy Nielsen gross rating points.”

But technological changes have opened up a window of opportunity for competitors. “There’s now access to more granular machine data, whether that’s set-top box data or now Smart TV data,” said Clarke. “Most of the operators are now making forms of return path data available in an anonymous and aggregated way to be used for measurement.”

Competitors and critics say that Nielsen has failed to innovate – particularly in response to the rise of CTV, which has upset the way TV is measured.

“The old way of measuring TV is not valuable anymore,” said John Hamilton, CEO and founder of TVDataNow. “CTV and addressable linear are making it easier for advertisers and publishers to deterministically understand audiences without the need for a currency. The currency of the future is already here. It’s outcomes. And specifically tying those outcomes to ad exposures. The future of TV enables us to do this and as a result, there is no need for a company like Nielsen to exist.”

Nielsen hasn’t just been completely resting on its laurels. In December, Nielsen announced that they would be launching Nielsen ONE, a cross-media measurement tool that can capture more granular data. However, they said the product would not be launched fully until 2024.

“Nielsen said, we’ll launch the first version in 2022, and then have a year or two of data before it goes live fully in January 2024. People’s reactions in the industry were, are you kidding me? What’s the problem? Why is it taking so long?” said Jane Clarke.

The events of the last year and a half have left Nielsen’s role in the industry somewhat diminished, so what does the future of TV measurement in the US look like?

“Nielsen and companies like them are filled with linear overhead,” said Hamilton. “Measuring linear is resource-intensive, costly, and complicated. And its becoming less and less required as consumers increasingly rely on streaming services like Tubi and Pluto for their content. Advertisers and publishers alike would be wise to focus their investments more towards new, transparent, easy, and vastly more accurate ways to measure their TV media spend.”

Going forward it seems unlikely that there will be one company that dominates the TV measurement ecosystem in the way Nielsen did.

Last month US network NBCUniversal put out a request for proposals and indicated that it would no longer rely on one metric or measurement partner.

“NBC put up their request for proposals recently and had 70 responses. I believe that included not only cross-platform, video measurement, but also some social measurement, and measures of attention and engagement, rather than just counting eyeballs. There are also just so many more players,” she added.

There are potential downsides to having so many measurement businesses operating in one market. Bharad Ramesh, executive director of research and investment analytics at GroupM, said the challenge with more measurement companies in the space will be ensuring a common currency is used.

“We as an industry must define what the currency of that new system is,” he said. “We do not want to create more walled gardens – the future of measurement needs to be interdependent. Also, the future of measurement and ratings is very different by client and category as we move towards audience-based buying. Clients with enough first-party data about their consumers vs. those who don’t will develop different metrics to plan and buy video.”

In this new TV measurement ecosystem, Nielsen should not be discounted, says Jane Clarke.

“Don’t rule out Nielsen completely, because they know what they have to do,” said Clarke. “They just need to speed up all the data contracts that they’re working on and speed up all their back-end work. They could launch their cross-media measurement service, in three months, instead of 12. The problem with Nielsen has been that they became a public company and started caring about their stock price more than putting all their money back into innovating into the product”.

“Nielsen need to keep up their stock price. Whereas all these other companies, they’re venture capital-funded and don’t have to worry about that,” Clarke added.