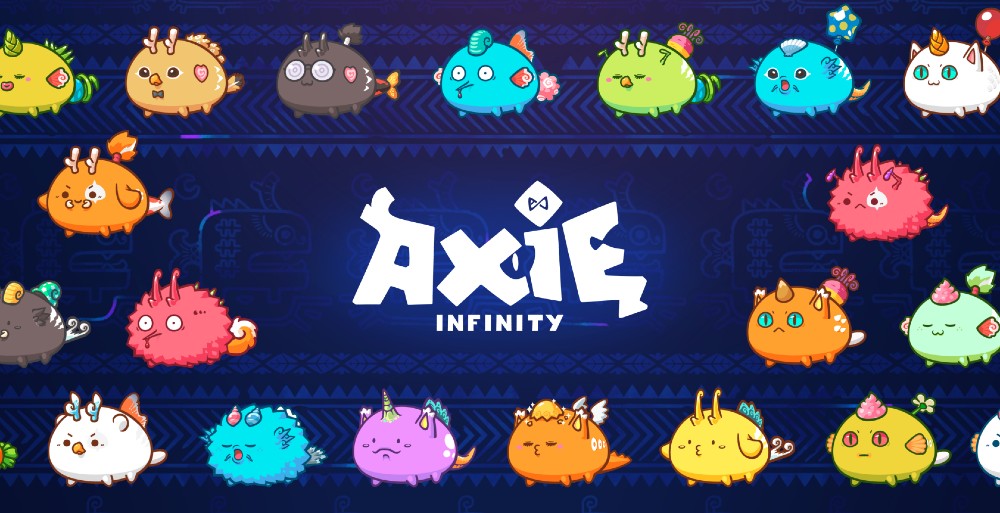 Video games have historically been split into two models of monetisation: ‘pay-to-play’ and ‘free-to-play’.

For a long time pay-to-play was the dominant model, dating back to the early days of video game arcades and transitioning across to PC and console gaming.

But with distribution of games becoming easier thanks to the internet, free-to-play models started to emerge. These games usually will have paid elements, allowing players to pay for access to extra content if they want to, and some may also monetise with ads – as is often the case on mobile. But it’s possible to play without paying anything at all.

In recent years, we’ve seen more major releases move in this direction thanks to the success of titles like Fortnite.

But in the last few months, a new model has started to emerge ‘pay-to-earn’. In this model players can actually make money themselves through playing the game, by translating earnings on the in-game economy into real-life rewards.

This practice has been particularly prevalent in large online multiplayer games. Since people can interact directly with each other in these virtual worlds, powerful characters and rare items carry status, or might provide strong in-game advantages. And those who can’t or won’t earn these items may be willing to pay instead.

Back in the heyday of Blizzard’s World of Warcraft, players could make thousands by selling high-level accounts with powerful items: one player in 2007 was reported to have sold their account for nearly $10,000.

But this was generally frowned upon by developers. The aforementioned WoW account appeared to have been banned following the sale, which was against Blizzard’s terms and conditions. And even when it wasn’t explicitly forbidden, games generally didn’t have official means for selling accounts, characters, or items, making trades risky.

But this new generation of ‘pay-to-earn’ games make selling on items and characters a key feature. Players are encouraged to level up their characters to and earn rare items, in order to increase their value. And the games themselves then provide the tools to sell these assets in exchange for a cryptocurrency.

NFTs have become a popular way of selling digital art, allowing an individual to claim ownership of the original copy of a picture, GIF, or video.

So representing in-game items as NFTs allows them to be traded with greater confidence by the players themselves. It ensures that each in-game item is, in a sense, truly unique (even if they may appear functionally similar to other items or characters).

Games will differ on what can be traded, and how that trading works.

For example in Axie Infinity, one of the most-popular pay-to-earn games, players collect, train and battle creatures called ‘Axies’, with each Axie represented by an NFT. Players can buy in-game cryptocurrencies (namely ‘Smooth Love Potions’ and ‘Axie Infinity Shards’) which they can use to breed and power up their Axies. And Axies themselves can be sold in exchange for these cryptocurrencies, which in turn can be converted back into a standard currency, or a more mainstream cryptocurrency like Ethereum.

Other games will have their own rules around what can be bought and sold and how trading works. But the common thread is that traded items are represented as NFTs, which act as a certificate of ownership for the user.

Publishers will also differ in how they themselves monetise pay-to-earn games. Axie Infinity requires the player to buy three Axies in order to start playing – which is not really any different from the regular pay-to-play model, but it also takes a cut of in-game trades. Others use alternative means, like in-game advertising.

From a developer’s point of view, pay-to-earn offers an interesting way to draw players into a game. After all, simply making a game free to access has worked wonders for the likes of Fortnite and Call of Duty Warzone. Dangling the prospect of real-world rewards in front of a customer might be enough to tempt them into trying out a game.

And these rewards can be substantial, if a game takes off. The most expensive Axie sold last year for 300 ETH, worth over $1 million today.

Once players have signed up, the pay-to-earn model also encourages player loyalty, since players will generally earn more by playing more.

Pay-to-earn can also be combined with other methods of monetisation, meaning it can act as an add-on, rather than an alternative to other models. And games don’t necessarily need to be reliant on their in-game economies becoming hugely valuable in order to still be successful.

Plus, with mobile developers looking at alternatives to advertising given Apple’s recent restrictions to its Identifier for Advertisers (IDFA), pay-to-earn might represent an interesting option.

But given how they’re tied into NFTs and cryptocurrencies, pay-to-earn games face the same challenges as these two blockchain-based tools.

After all, the value of in-game assets really depends on the popularity of the game itself. And very few video games tend to retain big player bases over a long period of time.

For the time being, this doesn’t seem to be a problem, with players willing to invest thousands in the play-to-earn model, in the hopes of making even bigger returns. But if this first wave of play-to-earn games die out and the value of their NFT assets crash, players might be more wary of paying large sums for in-game characters, and have less faith in their ability to make money off these games in the first place.