The Rise of Video is Hitting Small Businesses on Instagram

The Rise of Video is Hitting Small Businesses on Instagram 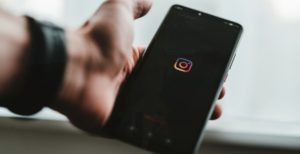 Instagram has long been a space for small businesses to reach their customers. Natasha Hutchins is the owner and founder of NH by Hand, a handmade women’s clothing business. She says that Instagram has been crucial to the development of her business.

“I would say that the majority of my customers have come from my Instagram page, whether that be from following me directly or from recommendations from other Instagram users. My target market is mostly on Instagram and I personally find it is the best way to find the right people and carve out a small space for my business in the app,” said Natasha Hutchins.

Like many other small businesses, Hutchins uses Instagram to post photos of her products and engage with her customers. However, the posts of small businesses like NH by Hand are being squeezed out as Instagram’s strategy becomes increasingly focused on video.

In June of this year, head of Instagram Adam Mosseri said that the platform was moving away from being “just a photo-sharing app”. Many took this statement as an indication that Instagram was increasing its focus on video content.

Keeping Up with TikTok

One of the key drivers has been competition from TikTok, which has seen surging growth internationally with short-form video, especially among Gen-Z. Now other apps in the space, especially Facebook-owned Instagram are looking to emulate this kind of content.

Needless to say, video advertising CPMs are far more attractive to Instagram from a revenue perspective.

Jenn Herman, a social media consultant who specialises in Instagram marketing, says the shift towards video content doesn’t come as too much of a surprise.

“With the roll out of Reels, we’ve seen a huge push from Instagram to get that content created and in front of more viewers. But even before that, videos in Stories were a big draw and a big push. We’ve had Instagram Live for a few years now and this is a powerful tool for connecting with audiences. And they’ve been trying for what seems like forever to push IGTV videos on us as well. It’s worth pointing out that Instagram has encouraged videos since video launched on Instagram in 2013. And still, Instagram users have long preferred photos over videos – at least in the feed,” said Jenn Herman.

While the promotion of Reels may not mark a major strategic change for Instagram, Hutchins says she has seen a drop in engagement in recent months.

“Follower wise, at the moment I tend to grow by about two followers daily, but then I lose four. So I’m dropping followers more frequently,” Hutchins said, “My stories are where I have noticed the biggest drop. I was getting approximately 1,500 to 2,000 views on each story, daily. Now it ranges from about 300 to 1,000, with it most often being around 600 views.”

In 2016, Instagram moved away from displaying posts in a reverse-chronological order. Since then the algorithm has remained something of a mystery to those outside of the company. NH by Hand is a relatively small account, with just shy of nine thousand followers, and Natasha Hutchins feels her business is being drowned out by the bigger players.

“I just can’t keep up. It’s not all Instagram’s fault, although I do think they have changed things recently and it’s harder to be seen. I can’t physically post daily or twice daily and so I think my posts get missed amongst the masses,” she said.

Jenn Hermansays that video content can be one of the ways for creators to gain more traction on Instagram.

“It’s worth at least dipping your toes into the pool to experiment with videos. For many, starting with IG Stories is a great way to add some video content easily and without a lot of time or resources. My best advice for anyone starting out with anything new on Instagram, is to really test it out. Don’t just post one video and base your entire future strategy on that one video. Instead, commit to doing one video a week for four to six weeks. Or a live video stream once a month for three to four months. You have to commit a significant period of time and multiple pieces of content to a “test” to determine what is actually working for you and your audience,” she said.

For Natasha Hutchins who runs her business and makes most of her products herself, producing video can be time consuming.

“I think Instagram is pushing for videos, which I can understand, but I don’t have time to take photos daily and to take videos and edit daily on top of that,” she said.

Hutchins says that, when she does make video content, she finds that TikTok is a better home for it.

“I find that Tik Tok works well because you are shown to new people consistently, not only shown to your followers and so you are able to gain a higher reach and gain new customers. People don’t focus on your followers or likes on there either, it’s not as much of a popularity contest as Instagram. They care about good content and how relevant your video is to that person and that’s it,” she said.

But for those whose Instagram presence relies largely on photos, Jenn Herman says they need not worry.

“As a person who does not enjoy videos nearly as much as photos, I’m not worried about Instagram “going video”. The algorithm is always going to be designed to give you what you want to see. So if you continue to scroll past videos, or skip through Story videos, and don’t watch Reels or IGTV, then you aren’t going to get served those as often. That being said, could we get to the point where opening IG defaults to a video feed? Sure. But there will always be some way to navigate to a different feed that has your beloved photos,” Herman said.