Why Is It So Easy For Social Platforms To Steal Each Other’s Ideas?

Why Is It So Easy For Social Platforms To Steal Each Other’s Ideas? 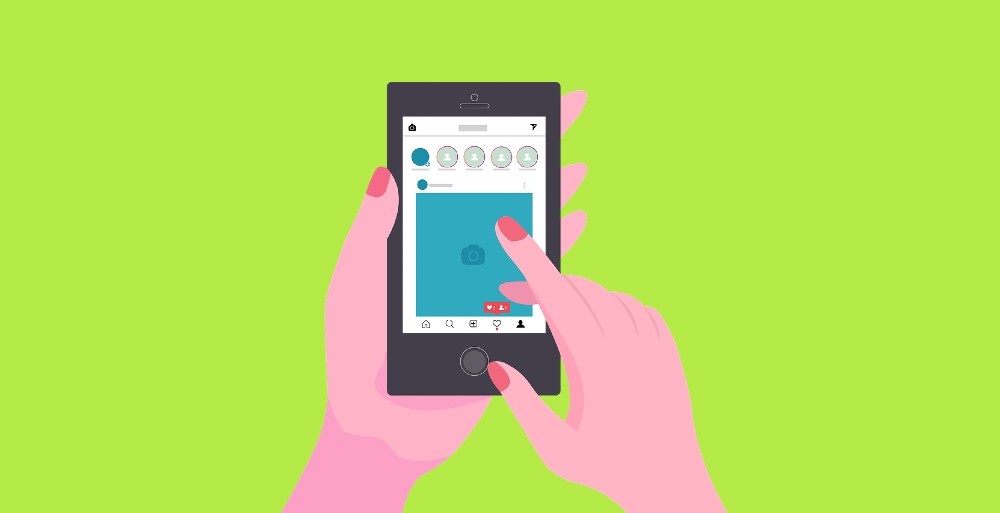 As VideoWeek documented last week, Snapchat has managed an impressive turnaround over the past few years, defying a number of high profile doubters.

Perhaps the biggest hurdle that Snapchat had to overcome was when rival app Instagram effectively cloned its ‘Stories’ feature, where users could post ephemeral pictures and videos for their friends and followers to see.

What was remarkable was how brazen Instagram was in ‘borrowing’ Snapchat’s idea. Instagram’s feature was pretty much a carbon copy of Snapchat’s: it has the same name, content disappeared after the same amount of time, and former CEO Kevin Systrom even admitted that Snapchat deserves “all the credit” for the concept.

Stories have since spread to pretty much every major social platform, from Facebook to LinkedIn to Pinterest.

And this phenomenon, of new features quickly being aped by rival platforms, seems to have sped up. Most social platforms have released some sort of feature borrowing heavily from TikTok, the social platform du jour. And it was remarkable just how quickly the likes of Facebook, Spotify, and Reddit designed and released features which look and work pretty much identical to live audio app Clubhouse.

This raises a question: why is it seemingly so easy for social media users to copy one another, without any legal ramifications?

The answer, in short, is that there often just aren’t any tools in a company’s legal arsenal to protect against this type of mimicry. “The mere ‘idea’ of having a feature is not protected under any intellectual property law,” said Professor Ben Depoorter, visiting professor at Berkeley Law and copyright scholar.

The two major tools a business would usually use to protect their ideas and inventions are copyright law and patents, but neither of these tend to work for the cases we’ve seen on social media. That is thanks, in large part, to the way copyright and patent law has been interpreted in major court decisions over the years as it applies to computer software.

In the US, copyright law protects “original works of authorship, including literary, dramatic, musical, and artistic works, such as poetry, novels, movies, songs, computer software, and architecture,” according to the government’s official guidance.

It explicitly does not protect “facts, ideas, systems, or methods of operations,” though it may protect “the way these things are expressed”.

Theoretically, features like Snapchat’s Stories and Clubhouse’s audio format could be framed as an expression of an idea, protected by copyright. But historically, courts have ruled against this idea.

One major landmark case was Apple Computer, Inc. v. Franklin Computer Corp (1983). In that case, Apple complained that substantial portions of Franklin’s operating system had been copied from its own.

The case was ruled in Apple’s favour, with the United States Court of Appeals for the Third Circuit finding that the specific code used in computer software can be protected by copyright. But that’s as far as these protections stretch. A piece of software can create the same outcome as another piece of software, so long as it doesn’t copy any of the original code.

In the cases we’ve seen among social media companies, while the idea may be borrowed, the code is wholly original.

The aesthetic aspects of a feature on social media are also copyrightable (in the same way that a piece of art is, based on its visuals). But again these protections are fairly weak. If Instagram were to have copied the exact look of Snapchat Stories, in terms of the user interface, it may have breached copyright.

But all that means is that competing tech companies “just need to be careful that they do not copy a unique look and feel of the visuals,” of their competitors, according to Professor Depoorter.

Arguing in the abstract

Patents might provide an alternative way for tech companies to protect their features. Patents are specifically designed to protect inventions, which are defined in the US as “a product or a process that provides, in general, a new way of doing something, or offers a technical solution to a problem”.

Again, on the surface, this looks applicable. Pretty much any novel social media feature could be argued to be a new way of connecting people via the internet, and enabling them to share content.

But in the US, a product must pass several tests to be applicable for a patent. It must be new, it must be non-obvious, and it must have utility. Patent law tends to be similar elsewhere – the UK’s official guidance for example states that an invention must be new, inventive (as opposed to a simple modification of something that already exists, and something that can actually be made or used.

And these requirements trip up social media features. “Many social media applications are not patent eligible because they do not meet the patent requirement of being non-obvious to someone trained in the field,” said Professor Depoorter.

A lot of the difficulty for patent protection comes down to a Supreme Court ruling on Alice Corp. v. CLS Bank (2014). In that case, CLS Bank tried to strike down Alice Corp’s patents for banking software which enabled simultaneous exchange of payments between parties.

The Supreme Court, ruling in CLS Bank’s favour, argued that Alice’s patents weren’t valid. The Court found that simultaneous exchange of payments is an abstract idea – something too non-specific and commonly known to be patented. And while it is possible to patent inventions which achieve an abstract idea in an original and non-obvious way, the Court ruled that simply carrying out an existing process via computer software doesn’t count.

Essentially, the Supreme Court set a precedent that if a piece of software achieves something abstract, it’s not possible to patent the whole concept of doing it via a computer. So using Clubhouse as an example, hosting live audio chat rooms is an abstract idea, and it’s not possible for Clubhouse to patent the whole concept of hosting live audio chat rooms on an app.

“Before Alice, software patents were rarely challenged as unpatentable,” says Joseph Saltiel, an IP litigation attorney from law firm Marshall Gerstein & Borun LLP. “After Alice, there were hundreds of patentability challenges per year targeting software patents. Most of these challenges were at least partially successful.”

It is possible to patent specific ways of achieving things which could be seen as abstract ideas, so long as they’re non-obvious to someone trained in the field. Snapchat for example has a patent for the specific way in which it hosts an “ephemeral gallery of ephemeral messages”..

But again, this only covers one specific technical method. Any other technical method for hosting an ephemeral gallery of ephemeral messages, such as those used by Instagram, LinkedIn, and Pinterest, are still allowed.

Ideas up for grabs

The current state of play, then, is that while it is possible to protect specific ways of doing things on a social media app, it’s not possible to own the whole idea behind a feature – be it disappearing messages, short-form video, or live audio.

There are plenty who argue this stifles innovation. It’s daunting for any start-up to try to create a new type of social media platform, when they know their idea can very quickly be aped by the existing players.

But at the same time, far-reaching patents over abstract ideas could completely kill off competition. If one company had been able to patent the concept of online video, or of social networks, or of search, there would be even less competition in those spaces than there already is.