Why ITV is Betting on the Metaverse

Why ITV is Betting on the Metaverse 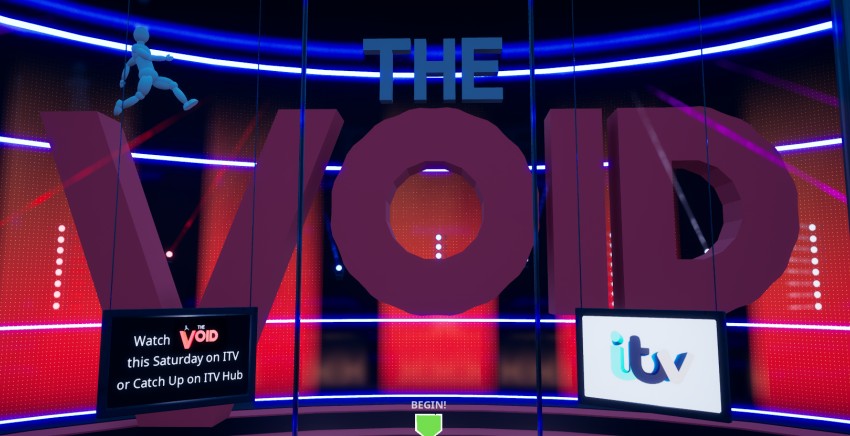 Over the past year, the metaverse has gone mainstream. The term, once confined to sci-fi novels and futurist’s essays, is increasingly turning up in financial reports and investment pitch decks. Even some of the world’s biggest and most successful companies are gearing up to pivot to the metaverse – with Facebook CEO Mark Zuckerberg recently stating he expects people to think of Facebook as a metaverse company, rather than a social media company.

There’s still debate about what the metaverse actually is. To some, the true metaverse will be a decentralised, persistent digital environment, which people engage with via virtual reality devices. Essentially a single, entirely digital, parallel universe – which doesn’t yet exist. To others, a metaverse is any 3D digital space where users are able to interact socially, usually with an element of user created content. There are a number of games and platforms which fit this definition already.

As scepticism fades around the former, and audiences are increasingly populating the latter, brands and entertainment businesses are busy trying to figure out what the metaverse means for their business both in the short-term and the long-term.

Broadcasters, still adapting their businesses to the growth of paid streaming and addressable TV advertising, have been largely quiet on the subject. But some do believe broadcasters both can, and should, have a role to play.

ITV is one example. Last month it announced its steps into the metaverse with a playable version of its new game show The Void, released inside popular video game Fortnite. And since then, ITV has announced an investment in Metavision, a startup agency and studio which helps bring entertainment IP and brands into the metaverse.

While Metavision will work with a range of companies, ITV will be a core client. ITV says Metavision will “lead the expansion of ITV’s IP and brand partners into metaverse platforms, as well as driving the group’s long term strategy around the convergence of gaming and entertainment in these spaces”.

Primarily, ITV’s motivation for being in the space is as a means to reach young audiences. Metavision grew out of Studio 55 Ventures, an ITV initiative designed to incubate and invest in media businesses which would help it reach 16-35 year olds. Increasingly, that age bracket is found in the metaverse.

“The bedrock of what we’re doing is asking how ITV as a company can futureproof its content, and look to develop its relationships with younger audiences and bring content to the spaces they’re already occupying,” said Luke Price, co-founder of Metavision.

But how exactly broadcasters should go about bringing their IP into metaverse environments is still an open question.

“That’s part of what we find exciting about this,” said Price. “It’s open water in terms of how more traditional entertainment content can exist across traditional media and these new entertainment spaces. And how TV show characters and stories can live across these different types of media. But there’s definitely an opportunity there to culturally embed the really exciting things ITV is doing, and all its iconic brands, in these spaces where massive young audiences are spending so much time.”

For the moment, Metavision is focusing on metaverse-like games with the biggest reach. At the moment, Fortnite, Roblox, and Minecraft are the standout examples.

“As well as having massive audiences, these are the first spaces where you can create real bespoke experiential playgrounds, which you can tailor to how you want to show off your brand or IP,” said Rhys Hancock, co-founder at Metavision. “And because these are meant to be open platforms, we see them as like YouTube for games. They’re blank canvases for brands and entertainment companies to build experiences which they never could before, because the barriers to entry are much lower.”

For the moment, ITV ‘s engagements with the metaverse are ultimately about drawing audiences into its core TV content. “For the moment, it definitely plays a secondary role,” said Hancock. “But over time as these spaces become more important and the technology grows, the role of the metaverse will only increase in the mix of what a broadcaster wants to do.”

“I think further down the line, there’ll be an opportunity for broadcasters to have ‘metaverse-first’ activations and IP,” added Price. “We believe it’s the future of these audiences, so it’ll be important to build content with the metaverse in mind, rather than looking to integrate it at a later stage.”

Facebook’s interest both concerning and encouraging

One of the challenges with futureproofing a broadcaster for the metaverse is it’s still very unclear exactly what the metaverse will ultimately look like, and who, if anyone, will own it.

“Right now Fortnite and Roblox are the frontrunners, just because of their reach,” said Price. “But it’s interesting that Facebook is now talking about how they can pivot into the metaverse, and every major tech developer knows the opportunity of leading this race. There are new platforms emerging all the time which each have their own opportunities, so we’re staying across all of those.”

Facebook’s entrance into the space is particularly interesting. For companies building for the metaverse, on the one hand Facebook’s pivot is a big vote of confidence from one of the world’s biggest tech companies, and could fuel further investment in the space. On the other hand, Facebook has historically had a tendency to dominate the industries it’s entered.

“We’ve spent a lot of time over the last year talking to people from different companies working in the space, and there’s a willingness to make things open, fair, and interoperable,” said Hancock. “Over time, people want different platforms to be able to speak to each other, and to be able to move from experience to experience. I think there’s some fear that Facebook will come and try to dominate things, and set the standards that will underpin a future metaverse”

“But at the same time, it makes sense to them as a company and kind of shows where things are heading,” Hancock added. “And it underlines where we want to go with ITV in this space, and kind of validates what we’re doing as well.”