How Do Social Platforms’ Payments for Creators Compare?

How Do Social Platforms’ Payments for Creators Compare? 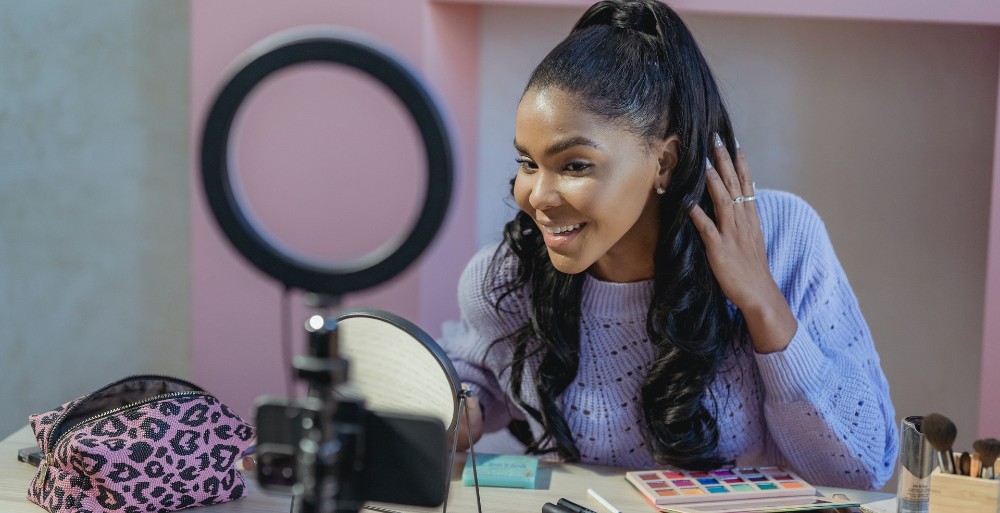 As competition in the social video space intensifies, driven in large part by the growth of TikTok, the platforms themselves are more actively competing for the most popular creators and influencers.

Generally speaking, influencers expect social video platforms to give them the right tools to create and distribute their content, and access to the type of audience they’re trying to reach. But historically, many platforms haven’t provided any way for creators to directly monetise their content – with YouTube an obvious exception. Influencers have instead negotiated brand partnerships, either themselves or through an agency, to make money.

But over the past few years, the major social video platforms have each introduced new ways for creators to monetise their work. By doing so, they each hope to attract major influencers to concentrate more on their own platforms, and to identify new talent.

Jim Meadows, chief strategy officer at Takumi, an influencer marketing agency, says that these incentives have significant weight in terms of attracting influencers. “While many creators engage in brand partnerships, still more find creating social media content is a full-time job,” he said. “In time also then comes the realisation that relying only on paid partnerships on one channel is not commercially viable in the long-term and they will have to diversify. Social platforms that offer financial rewards are more likely to attract and keep the top creators over others that don’t.”

How do all these effort stack up against each other?

YouTube began allowing creators to make money off their videos very early on, launching its YouTube Partner Programme in 2007. This allows users who meet certain criteria opt-in to running ads on their videos. Partnered creators take a 55 percent cut of ad revenues from their videos.

Creators themselves get some level of control over the ad load on their content. They can choose which formats to run out of pre-roll, post-roll, and in-video display ads. For videos over eight minutes long, users can either let YouTube manually insert mid-roll ads, or insert mid-roll spots themselves at their desired frequency.

The eligibility criteria for the YouTube Partner Programme have gotten stricter over the years, due in large part to brand safety concerns associated with smaller creators. To be eligible a creator now needs 4,000 valid public watch hours in the last 12 months, at least 1,000 subscribers, and their content must consistently follow YouTube’s monetisation guidelines.

YouTube also gives a cut of revenues from YouTube Premium, its ad-free subscription product, to creators. Revenues are distributed based on how much Premium members watch each creator’s content.

In 2018, YouTube introduced new ways for users to monetise outside of advertising. These include Channel Memberships, where creators can offer paid subscriptions which give access to exclusive content, and YouTube Merchandise, which lets users directly sell products through their videos, via a partnership with Teespring. YouTube also introduced microtransactions for live streamers a few years ago, where viewers pay to have their messages or stickers pinned to the top of the live chat feed.

Most recently, YouTube announced the YouTube Shorts Fund, a $100 million fund designed to kickstart its TikTok-like product YouTube Shorts. This money will be handed out on a monthly basis to users who create the most popular content over the course of the next two years. YouTube says during this time, it will begin building out a more comprehensive and structured platform for monetisation via Shorts.

“YouTube is by far the most generous social media platform when it comes to cuts of ad revenue for creators,” said Takumi’s Jim Meadows. “Last year YouTube generated $15 billion in ad revenue and 55 percent of this – roughly $8 billion – went to creators.”

TikTok, and its earlier iteration Musical.ly, has been around since 2014. But the platform only began formally running ads in 2019, and still doesn’t give users a slice of ad revenues.

For a long time, the only way for users to directly make money on TikTok was through a tipping system available on TikTok live streams. Viewers could pay for in-app Coins, which they could then send as gifts during live streams. Creators could then convert these gifts back into real money.

But this is starting to change. Takumi’s Meadows says TikTok is now trying to emulate YouTube’s approach, and “snatch its status as the most favourable platform in monetary terms for creators”.

The most prominent example of this is its own separate creator funds which it’s launched in the US and Europe. Through these funds, TikTok will being directly paying its most popular users. The US fund started at $200 million, though TikTok now says it expects it to rise to $1 billion. The European fund meanwhile started at $70 million, and is expected to rise to $300 million.

Not much information has been given out on how exactly this money will be distributed. TikTok has said it will look at factors including the number of views and the authenticity of those views a user has, as well as the level of engagement on their content. The bar for entry is quite high. Users must apply to join the fund, and must have 100,000 authentic video views in the last 30 days to be eligible, as well as at least 10,000 followers.

Outside of this fund, TikTok has begun trying to facilitate influencer collaborations with brands. Last year it launched Creator Marketplace, which matches brands up with relevant TikTok creators. And a recently introduced ad format lets brands pay to promote creators’ own content, again helping to foster brand partnerships.

But this changed in 2018, as Facebook introduced pre- and mid-roll formats alongside the launch of its video hub, Facebook Watch. Pages are eligible for in-stream ads if they have been creating three minute videos that have generated more than 30,000 one minute views in total over the past two months, and have 10,000 Facebook followers. Last year video ads extended to Instagram, as ads were introduced on videos within IGTV, Instagram’s home for longer video content.

On both Facebook and Instagram, creators receive a 55 percent cut of ad revenues. But Jim Meadows says that creators tend to find the payout process fairly ambiguous, “with creators having to rely on an estimated figure from the platform’s revenue estimate tool” to calculate their actual earnings. “The approach is controversial: last March it was revealed Facebook had shorted video creators thousands of dollars in ad revenue via low estimations,” said Meadows.

Facebook also has a number of monetisation tools outside of advertising. These include paid subscriptions to Facebook Pages, which can be sold in exchange for additional content, and a tipping system for Facebook Gaming live streams.

And just recently, Facebook announced the launch of a new $1 billion creator fund, split across both Facebook and Instagram. This money will mostly be paid out as bonuses, awarded to creators who hit certain metrics. Bonuses will also be paid out to creators who begin enabling ads on IGTV content, and to popular creators on Reels, Instagram’s TikTok competitor. This last component is particularly significant, as it’s the only way for Instagram creators to directly monetise Reels content.

Snapchat began experimenting with sharing ad revenues with creators back in 2018. But this initial programme was restricted to a fairly limited number of larger creators who had direct relationships with Snapchat.

This programme was effectively expanded a year later with the launch of Creator Shows. Through Creators Shows, influencers could sign up to make content for Snapchat’s Discover page, and take a cut of ad revenues in return. Snap hasn’t formally announced the exact revenue split, though a report from Variety claimed that it tends to average around a 50-50 split.

The biggest change came at the end of 2020 when Snapchat launched Spotlight, its own TikTok-like feature. Snapchat promised to pay out $1 million every day to the most popular Spotlight content, though it’s not clear which metrics Snapchat uses to rank creators.

Snapchat says it’s kept up this spending since Spotlight’s launch, and claims to have made several new millionaires out of Spotlight creators.

And earlier this year, Snapchat said it is working on a host of smaller monetisation tools. First among these is a new feature called Gifting, which will let users pay to send ‘gifts’ to other users via replies to their content. Snapchat creators will get a share of the revenue for every gift awarded to them, though again, Snap hasn’t said exactly what the revenue split will be.