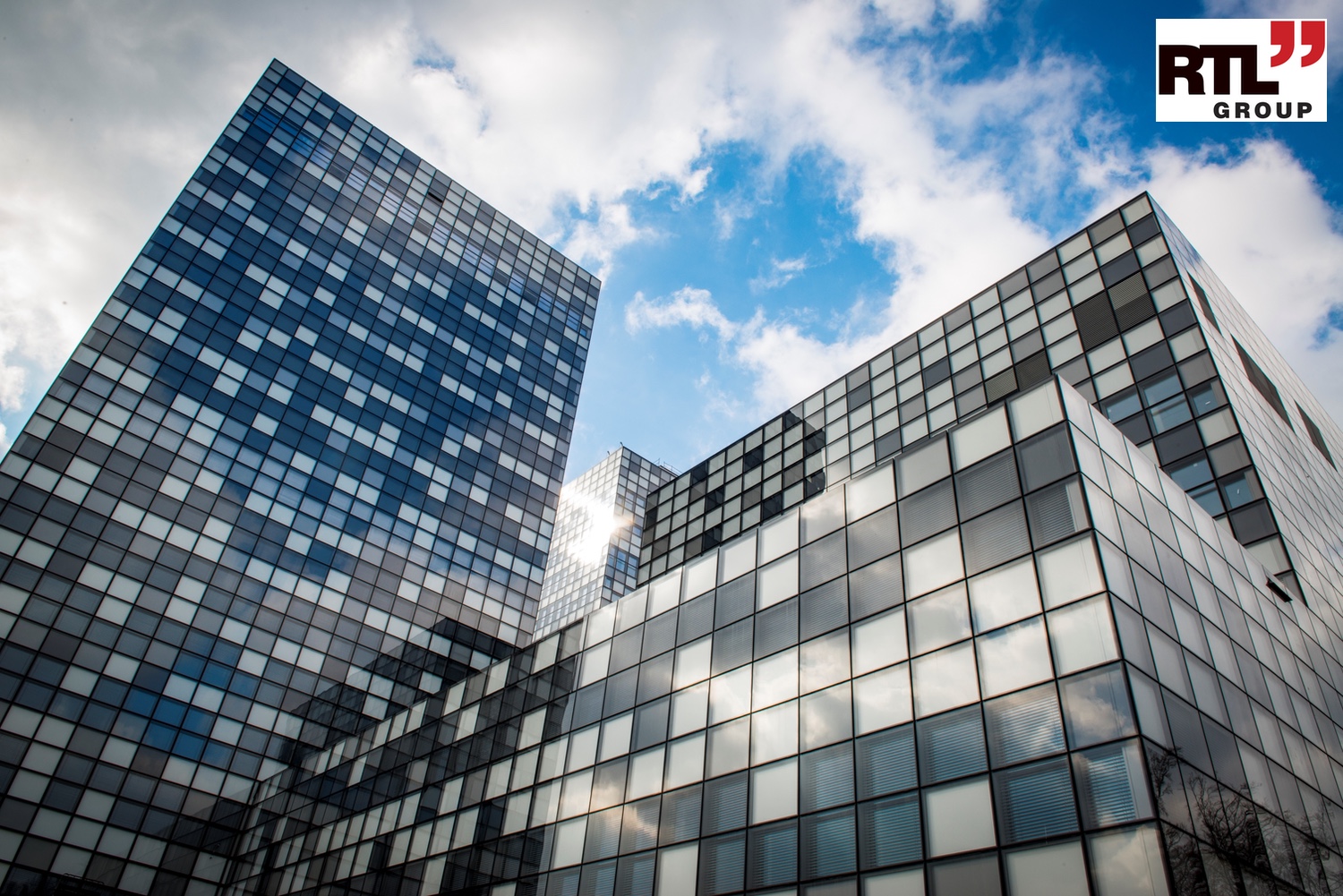 In this week’s Week in Review: RTL acquires G + J’s magazine business for €230 million, Google is accused of price fixing with Facebook, this time in San Francisco, and WPP saw revenues return to pre-covid levels.

Thomas Rabe, RTL Group’s CEO said, “After the planned consolidation steps in France and the Netherlands, the merger of RTL Deutschland and Gruner + Jahr is the third milestone in 2021 in the implementation of our National Champions strategy. In the growing competition with global tech platforms, exclusive, local content is the key to success – especially to further accelerate the growth of our streaming services. With a significant increase in size, resources and creativity, RTL Deutschland and G + J will increase their investments in those areas that make the difference: premium content and journalistic excellence.

Google has been accused of fixing ad rates with Facebook in programmatic auctions, this time in San Francisco. The allegations were made in a new antitrust lawsuit in a San Francisco federal court. The claims relate to alleged preferential treatment for Facebook in Google’s header bidding system. They also bear similarities to the “Jedi Blue” deal revealed in a Texas antitrust lawsuit filing last year.

WPP saw its revenues return to pre-pandemic levels a year sooner than expected, it reported. The agency produced H1 revenues of £6.1 billion, an increase of 16 percent compared to the same period last year. first-half revenues of £6.1bn, a year-on-year increase of 16 per cent on a like-for-like basis. Share buybacks for H1 totalled to £248 million with £350 million planned for the second half of the year.

Video Intelligence (VI) have launched a contextual video solution for mobile apps. Contextual solutions for desktop sites and accelerated mobile pages do already exist, but VI say this is the first solution that brings contextual video to mobile apps. Mobile app publishers who integrate VI’s new solution can immediately begin automatically placing relevant video content, which is sourced from a library of video, – on both iOS and Android.

BLKBOX have launched a media buying platform, which they say will enable companies to scale profitably. The ad tech company was founded by two former Facebook executives Athar Zia and Jay Shah, they say their new platform reduces campaign creation time from six hours to six minutes. BLKBOX won Facebook’s Business Hackathon in June 2021, which looks for technologies that can help companies scale their business.

Cloud gaming company Gamestream has expanded its partnership with South-East Asian telco Telkom Indonesia. The expansion will see cloud gaming extended across Indonesia for the first time. GameQoo is Gamestream’s cloud gaming service for Telkom customers and is available on PC and IPTV.

DoubleVerify has announced enhancements to its Connected TV (CTV) brand safety and suitability solution. The solution was launched last year, and DV say it brings transparency to CTV,  and offers advertisers critical controls over their CTV buys via inclusion and exclusion lists, and reporting to measure campaign quality and identify violations and in-flight campaign optimizations. The enhancements made include brand safety categories and app store data controls.

Flashtalking Partners Up with TVSquared on Incremental Reach

Independent ad platform Flashtalking has partnered with measurement and attribution company TVSquared on incremental reach in converged TV campaigns. The new partnership will allow advertisers to measure the overlap of CTV and linear campaigns, and leverage insights to extend reach.

Nano Interactive, an ad tech platform that aims to target ads without personal identifiers, has launched Nano LIIFT (Live Intent Identity Free Targeting), a pre-bid solution. The launch follows a new partnership with Xandr. The partnership between Nano Interactive and Xandr will open up Nano’s targeting solution to media buyers including agencies and direct clients.

Peach, a video ad management platform, has announced its integration with Amazon Advertising’s Sizmek Ad Suite. Peach’s customers will now be able to directly deliver their ads to the Sizmek ad suite. This is enabled through a full Application Programming Interface (API).

ViacomCBS and Sky have announced that Paramount+ will launch on Sky platforms in the UK, Ireland, Italy, Germany, Switzerland and Austria in 2022. Sky Cinema subscribers will get the streaming service at no extra cost to them. This agreement is part of a multiyear deal that also includes the extended carriage of ViacomCBS’ portfolio of pay TV channels and the renewal of Comcast-owned Sky as an ad sales partner in select markets. Last week Sky also announced that Peacock would be offered to Sky subscribers, which is likely to make the company’s CTV offering even more compelling.

Roku reported a strong set of financial results, it said net revenue grew 81 percent year-over-year to $645 million. It also reported that platform revenue (a figure which encompasses advertising revenue) increased 117 percent year-over-year. Despite these strong financial results, the streaming provider saw its shares dip after it reported its streaming hours were down by one billion from Q1, at 17.4 billion hours.

Channel 4 Chair to Step Down

The UK government will need to look for the next chair of Channel 4 amid debates about its future, as current chairman Charles Gurassa steps down from the role. Gurassa has been in post since 2016, sources in the UK government and Channel 4 emphasised that he was leaving because his tenure had come to an end, rather than any disagreements about the future of the PSB. Gurassa had been vocal about his opposition to government proposals to privatise Channel 4.

Digital entertainment company Fandango has combined its two streaming platforms, Vudu and FandangoNOW. The newly updated Vudu platform will replace FandangoNOW as the company’s streaming service on Roku. Vudu was acquired by Fandango in 2020. Audiences can buy or rent movies and TV programmes on the platform.

Discovery CEO Hits Out at Nielsen

Discovery’s CEO, David Zaslav has hit out at Nielsen following an ongoing dispute over the company undercounting TV ratings during the pandemic. Zaslav said he hoped the industry leaves Nielsen “in the dust” . This follows allegations from TV companies that Nielsen has not rectified its practices since the undercounting error last year.

Sky News Australia has had its account suspended from YouTube for a week. The “strike” was issued after the broadcaster posted misinformation about Covid-19. YouTube did not disclose which videos caused the strike against the broadcaster, but in a statement Sky News said “we don’t allow content that denies the existence of Covid-19 or that encourages people to use hydroxychloroquine or ivermectin to treat or prevent the virus.” Three strikes over a period of 90 days would result in a ban from the platform.

British media watchdog Ofcom has released its annual report on the country’s media consumption habits. People in the UK spent a third of their time in 2020 watching TV and online video, according to the report. People in the UK also spent double the amount of time watching SVOD services in 2020 than they did in 2019.

Live-streaming platform Twitch is introducing a new ad format called Stream Display Ads. The new ads do not disrupt the watching experience like pre and mid roll ads do and instead are displayed alongside the content. The ads appear in a banner style format and will display for ten seconds, users will not be able to close or skip these ads.

Twitter has announced that it is partnering with news publishers The Associated Press (AP) and Reuters in order to tackle misinformation on its platform. Twitter will be able to use the expertise of the two news organisations to add more context and information to news and trends on the platform. AP and Reuters will work with the Curation team at Twitter who are responsible for adding context to certain stories, and for ranking certain results.

Shares in Chinese gaming companies like Tencent and Netease have plunged after Chinese state media compared gaming to “opium”. The article was published in Economic Information Daily, a Chinese state-run publication, and called on online gaming companies to do more to prevent children becoming addicted to gaming, which it likened to a drug. Despite the newspaper taking the article down and removing the references to gaming being like a drug, gaming companies still saw their stocks drop as investors fear tighter Chinese government regulation on the industry.

Short-form video platform TikTok is testing out the story format that was first pioneered by Snapchat. TikTok Stories will allow users to see content posted by accounts they follow for 24 hours before they are automatically deleted. The tests come as this week saw the death of Twitter’s story equivalent, Fleets.

News Corp, the owner of titles like The Wall Street Journal, has reported a 30 percent jump in revenue for Q2 2021. The media company’s revenue grew from $2.49 billion to $1.92 billion and it narrowed its losses to $14 million, or 2 cents a share, from the year-earlier $397 million, or 67 cents a share. The company’s financial gains were driven by its digital real-estate, book-publishing and Dow Jones units.

Spotify is testing Spotify Plus, a new mid-tier paid service, but one that will still have ads. The service will sit between Spotify Premium and Spotify Free. It will cost as little as $0.99 a month, and will still contain ads but will allow users to have unlimited skips of songs. The move follows YouTube’s launch of a mid-tier service “Premium Lite”.

President of Blizzard Entertainment Steps Down Amid Lawsuit and Protests

J Allen Brack, the president of Blizzard Entertainment is stepping down to “pursue new opportunities” amidst allegations of a workplace culture of sexism and harassment. The state of California is suing the company over the allegations, and staff at the company walked out in protest. Activision Blizzard denies the allegations and has called the legal action “disgraceful and unacceptable”.

TikTok has partnered with Publicis Groupe. It is TikTok’s first agency partnership and commerce, and it will allow Publicis’ clients access to the short-form video platform’s insights and to test the new commerce products, capabilities and creative solutions. TikTok’s power over consumers’ shopping habits is demonstrated by trends like the #TikTokMadeMeBuyIt, which has over 4.2 billion views.

Sir Martin Sorrell’s S4 Capital is merging its 24 companies, which had previously operated as individual agency brands, into one single entity Media.Monks. Previously, S4 Capital had two core brands, MediaMonks and MightyHive, these will now be merged into Media.Monks. S4 Capital acquired MediaMonks in 2018 for $350 million.

Reese Witherspoon’s media company Hello Sunshine is selling itself to a firm backed by private equity group Blackstone Group. Although the terms of the deal were

Sarah Lewis has joined ShowHeroes as global director of CTV. Lewis joins from SpotX where she was head of agency EMEA.

Carolyn Everson has been appointed president of ecommerce company Instacart. Everson was global ads head at Facebook until June.

Laura Kell has joined Havas Media in the newly created role of chief data and product officer. She joins from OMD EMEA, where she was most recently group marketing intelligence partner.

Ad of the Week: Uncommon (London), ‘The Trap: Drama vs Reality’, ITV