Has Netflix Hit a Speed Bump or a Wall?

Has Netflix Hit a Speed Bump or a Wall? 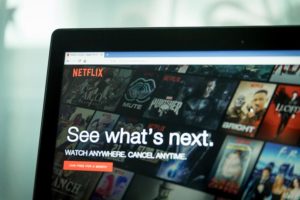 For years, Netflix grew exponentially, with the biggest streaming service in the world seeming unstoppable. However, recently there has been talk of the company reaching subscriber saturation point. Its growth has slowed.

Ian Whittaker, managing director and owner of Liberty Sky Advisors, revisits a prediction he made a few years ago, that Netflix would find itself with problems down the line. In this piece, he delves deeper into Netflix’s recent results and what they mean for the future of the streaming giant.

A few years ago, VideoWeek very kindly invited me to speak at their TV Rise event in San Sebastian about the prospects of the large tech companies. One of the questions I was asked was about which companies I thought would have problems down the line, and I mentioned that Netflix was one that was likely to find itself in a difficult position at some point.

Netflix is certainly going through a sticky patch at the moment, with its latest results not well received. While net subscriber additions beat company guidance (1.5m vs 1m), it missed analyst expectations of 1.75m. Earnings were also below expectations as well and revenues just about met expectations. More worryingly, their Q3 net subscriber guidance of 3.5m was lighter than the 5.46m predicted by analysts pre-results. It is always difficult to discern long-term trends from one quarter’s numbers but I would that things do not look great for the company as things stand.

One focus is on North America’s subscriber decline, which feeds into a worrying narrative of whether streaming growth is reach saturation point in the United States (Netflix net additions fell 430,000 in Q2). True, as Netflix highlighted, it has been here before. However, recent Kantar data suggested only 3.9% of households added a new TV subscription service in Q2, with penetration rates of US households staying flat at over 75% of households. There is a question now whether the United States is, in effect, a low/no growth market for streaming. Netflix’s response is that, with only 7 percent of TV viewing in the US, there is a long runway to growth but there are signs linear TV viewing (with 63 percent of US viewing) may be more resilient than expected.

Another is the geographical mix of subscribers. Two thirds of net additions came from APAC (Asia-Pacific) and another half came from Latin America. Subscribers from these areas generate much less revenue per subscriber than North America and Europe – nearly half in the case of Latin America than of the US. With North America subscribers down and EMEA having sluggish growth (of c. 190,000), Netflix’s growth risks become more weighted towards lower ARPU generating areas. If correct, one of the two main engine drivers for Netflix’s model – Average Revenue per User (ARPU) growth – will start to falter.

The obvious counter-argument to this gloomy prognosis is to say “yes but Netflix could grow its revenues per subscriber in faster growth areas, while developing new revenue streams such as gaming.” However, both of those arguments have flaws. The largest market in Asia Pacific is India (China is out of bounds for non-Chinese streamers), which is extremely competitive and where price increases are hard to sustain. Large price increases in Latin America are probably out of the question and, even in the US and Europe, while churn remains low, there is a limit to how far Netflix can push pricing.

As for new revenue streams, Netflix made it very clear it sees gaming more to both reduce churn and to help increase its reach on mobile, rather than as a major new pillar of growth. As for introducing advertising, the message remains loud and clear that this is unlikely to happen (which I think is the smart thing to do). Management may change their minds in the future on both these points but, for the moment, the existing model is the one with which they must play.

The main issue shares-wise is that Netflix’s market capitalisation is c. $230bn. You need a lot of future growth to justify that kind of valuation. If Netflix starts disappointing on a more regular basis and investors’ faith in management declines, do not expect such a valuation to hold.  Time will tell but I am feeling more confident about my prediction from several years ago.