Weighing Up the Ethics of Weight-Loss Ads

Weighing Up the Ethics of Weight-Loss Ads 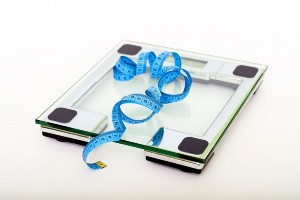 Around 1.25 million people in the UK have an eating disorder, reports Beat, the UK’s eating disorder charity. Whilst there are a wide array of social influences that shape our eating habits, ranging from influencers right through to healthy eating TV shows, few would argue that advertising also makes a significant contribution, particularly when those ads focus on weight loss.

While for some consumers, weight-loss ads can be harmless or even motivational, for others they can have a more detrimental impact.

“Whilst weight-loss adverts are unlikely to be the sole cause of an eating disorder, they can be ​damaging for people who are currently unwell, in recovery, or who are particularly vulnerable to eating disorders,” said Beat’s director of external affairs Tom Quinn.

“We know that across the world, people are facing challenges around body image and mental health, particularly as we emerge from the pandemic and kick off the summer season. Many people are socialising with friends and family for the first time in over a year, and research we commissioned with OnePoll showed that 78 percent of Gen Z in the UK are feeling pressure to ‘get summer body ready’,” said Sarah Bromma, head of policy at Pinterest.

“It’s important to us that Pinterest is a welcoming, positive and inspiring place for everyone, regardless of size or body type, and this new policy is an expansion of our ad policies that have long prohibited body shaming and dangerous weight loss products or claims. We’re proud to be the first major platform to ban all weight loss imagery and wording in ads on our platform,” Bromma added.

While Pinterest is the first major platform to completely ban these kinds of ads, others have rules in place to attempt to prevent damaging content reaching vulnerable users.

In 2019, Instagram restricted ads and sponsored content that promote weight-loss products so that under-18s can’t see them. The Facebook-owned platform also pledged to remove any content that contains a “miraculous claim about certain diet or weight loss products” and that contains commercial offers such as a discount code.

The move came after Kim Kardashian faced backlash for a sponsored Instagram post where she partnered with a company that produced an “appetite suppressant lollipop” produced by ‘Flat Tummy Co’. Despite the controversy that Kardashian’s post generated and the subsequent rule change on Instagram, the brand continues to be popular on Instagram, with 1.6 million people following their account.

As well as self-imposed restrictions brought in by the platforms themselves, brands are required to comply with industry regulatory requirements. In the UK, the Committee of Advertising Practice (CAP) has rules in place to regulate weight-loss ads.

Under section 13 of their rules, weight loss ads “must neither be directed at nor contain anything that is likely to appeal particularly to people who are under 18 or those for whom weight reduction would produce a potentially harmful body weight”. However, despite there being rules in place to protect the vulnerable it is difficult to define exactly how to determine that category and how to avoid targeting them with your ads.

There can also be grey areas when it comes to what constitutes harmful content. One person’s motivational ad could potentially be harmful to another’s self-esteem, and it can be difficult for brands to decide where the line is.

For example, under the CAP code brands should not use unhealthily thin models to promote their products. However this leaves plenty of room for discussion over where the line of unhealthily thin is. ASA has adjudicated on dozens of cases where the complainant has said the model depicted is too thin. Each time ASA has produced extremely detailed reasoning outlining why the complaint has been upheld or dismissed.

In a recent ruling, a complaint against two paid-for Facebook posts from fashion brand Motel Rocks was upheld. This came after ASA “considered that the model’s legs…looked very thin, with her thighs appearing to be the same width as her lower leg, and out of proportion with the rest of her body.” The ruling also took into account the “impression was exaggerated by the ad’s lighting, the angle of the image and the position of the model getting out of the car.” It concluded that the model was unhealthily thin and therefore, harmful. Motel Rocks took down the photos.

Sarah Bromma, head of policy at the social media platform said the platform still welcomes health and fitness brands who adhere to the new rules.

“Brands that advertise with us already recognise that Pinterest is truly unique, and totally different from other platforms. Our long-standing commitment to building a positive, inclusive and inspiring place on the internet is one of the reasons brands choose to show up and meet their audience on Pinterest,” Bromma said.