Who is Winning the CTV Platform Wars in Europe?

Who is Winning the CTV Platform Wars in Europe?

When we talk about the streaming wars, often we’re looking at the battle for supremacy between the major subscription streaming services – think Netflix, Disney+, Amazon Prime Video, and Discovery+.

But there’s a parallel battle going on between the CTV platforms on which these services are distributed.

The stakes in this battle are high. The bigger a platform’s market share, the more they can ask of CTV publishers in either distribution fees, cuts of ad revenue and inventory, or both. And some platforms may use their scale and ability to collect data across apps to help CTV publishers monetise their own inventory.

In North America, it’s become something of a two way fight between Roku and Amazon. But in Europe the landscape is different, with smart TV manufacturers playing a much larger role.

Here is own each combatant in Europe’s CTV platform wars is shaping up: 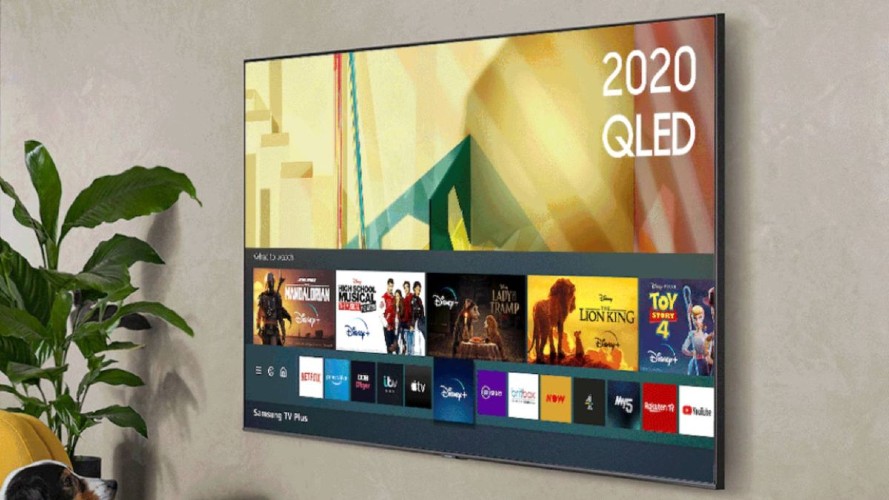 Plug-in CTV devices have been slower to take off in Europe than in North America, meaning the smart TV manufacturers have benefitted. Samsung’s CTV platform is the most popular in Europe when judged by share of viewing time on the big screen, according to TV insights company Conviva. Samsung accounts for 19 percent of all CTV viewing time across Europe, according to Conviva’s data.

And Samsung claims the lead in many individual markets too, including the UK, Europe’s fastest adopter of CTV, as well as France and Germany.

The next step for Samsung has been expanding its advertising capabilities on CTV. The company itself claims to have 30 million ads-enabled TVs across the UK, Germany, France, Spain, Italy, and Russia. On these sets, it has the ability to target ads using data gleaned from its own automatic content recognition (ACR) tech.

This offering was bolstered early last year, as Samsung began selling inventory programmatically through a partnership with SpotX. Then in November, Samsung opened up access to Samsung Ads inventory to all major demand-side platforms (DSPs).

As things stand, Samsung TV Plus is available in the UK, Germany, France, Italy, Spain, Switzerland, and Austria. Samsung said last year that it had plans to expand the service into Sweden and other European markets, though as of yet no formal announcement has been made. 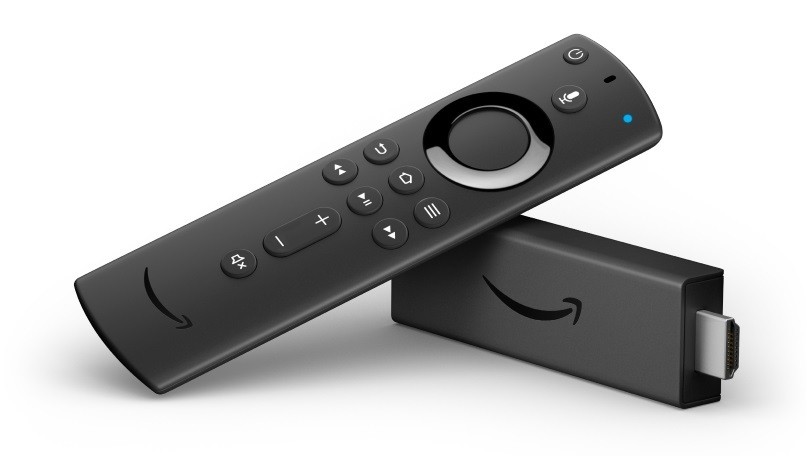 Amazon holds the somewhat unique position of being one of the biggest players in both North America and Europe. While in the US, Amazon is battling it out with Roku for CTV supremacy, in Europe it’s fighting Samsung and LG for the top spot.

Conviva’s data says Amazon Fire TV devices account for ten percent of all CTV viewing on the big screen in Europe. But its strength varies wildly across the continent. In 2019 Ampere Analysis’ data, which compared market share of CTV devices and boxes – but didn’t include smart TVs – put Amazon’s market share at around 13 percent in the Netherlands, eight percent in Sweden, and just three percent in Denmark. But it was much stronger in the larger markets, with around 30 percent market share in France, 38 percent in the UK, and 43 percent in Germany.

Amazon’s most basic product, its Fire TV Stick Basic Edition, is currently available in most European countries. And in recent years it’s steadily been rolling out its more sophisticated Amazon Fire TV Devices, most recently launching these products in France, Italy, and Spain in 2019.

And around the same time, Amazon began selling smart TVs running Amazon’s Fire TV platform in Europe. These include JVC-branded TVs in the UK, and Grundig TV sets in Germany and Austria.

More recently, Amazon has begun opening up ad opportunities on its Fire TV inventory too. Just at the start of this year, Amazon began selling inventory within its Fire TV platform in France, Italy, and Spain for the first time, following earlier rollouts in its other European markets.

One missing piece for Amazon at the moment is its own ad-supported streaming service. IMDb TV, its AVOD service available in the US, has long been rumoured to be preparing for a European launch. And last year, Amazon began advertising for a ‘Head of IMDb TV UK’. But there has still not been any official information about when or where IMDb TV will debut in Europe. 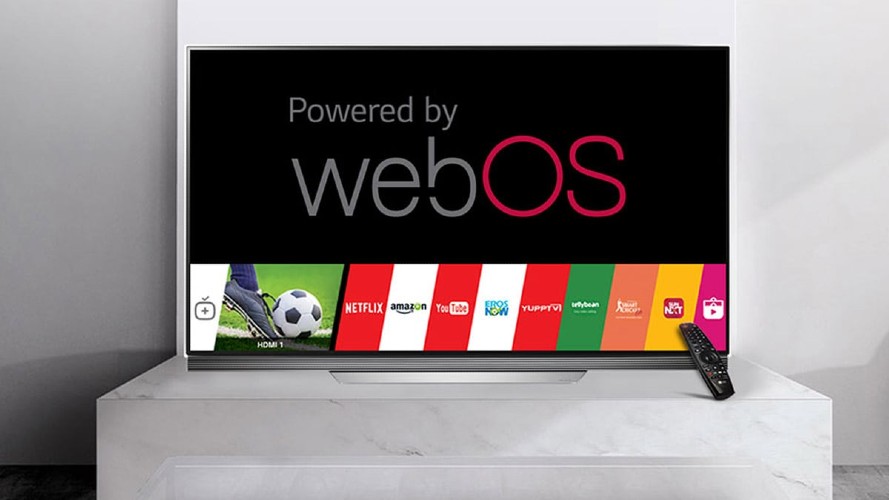 LG, alongside Samsung, is one of two major smart TV manufacturers in Europe which run their own CTV platforms.

And like Samsung, LG has benefited from lower adoption of external CTV sticks and boxes in Europe. LG TV accounts for ten percent of all CTV viewing in Europe, according to Conviva’s data.

LG has been running ad campaigns on its smart TV platform for a long time – VideoWeek first reported on a campaign run in Germany back in 2012, run in conjunction with ad tech company smartclip.

Over the years LG has been strengthening its CTV advertising offering, and begun working with a wider range of ad tech partners in Europe, including Unruly last year. Its ad sales business got a major boost at the beginning of this year with the acquisition of automatic content recognition (ACR) and TV data specialist Alphonso.

Back in May, LG rebranded its overall ad offering as LG Ads, which is the exclusive seller of LG’s connected TV inventory in all markets, including European markets. 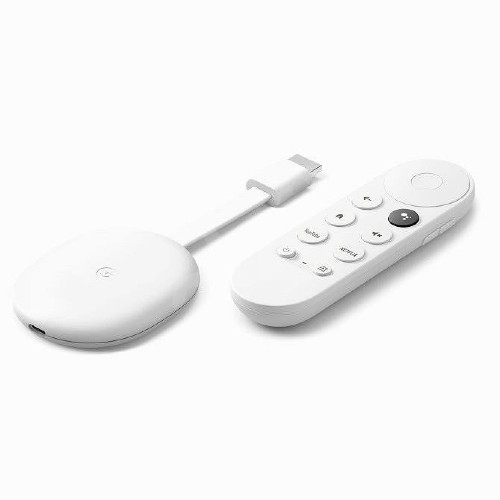 Google’s place in the CTV device landscape has always been a bit of a strange one. In one sense, it has a very strong presence thanks to its Chromecast line of products. In Europe, Chromecast is the second most used CTV device according to Conviva, accounting for 12 percent of CTV viewing on the big screen.

But Chromecast, unlike the other products listed here, doesn’t give Google the same level of control over the CTV ecosystem. Chromecast sends streams from a user’s phone to a TV set, but there’s interface for browsing different streaming services, no way for Google to promote different apps, and no opportunity for Google to take a cut of ad inventory.

Chromecast has been particularly popular in the Nordics, with around 45 percent market share of streaming sticks and boxes according to Ampere’s data, and 58 percent in Denmark.

Android TV meanwhile is much more similar to the other CTV platforms on this list, but its market share is smaller. Android TV accounts for nine percent of CTV viewing in Europe, according to Conviva.

Google’s strategy with Android TV in Europe, as in the US, has centred on licensing the software to third-party manufacturers. Android TV has been used by a wide range of third-parties including Bouygues Telecom in France, Deutsche Telekom in Germany, and Orange in Spain, Poland, Slovakia, Romania, Belgium, and Moldova.

But this strategy has changed recently with the launch of the new Google TV platform, a reworking of Android TV. Google TV debuted on a new Chromecast model last year, and Google says it will be integrated into third-party smart TVs in the future.

Google TV is still very new in Europe, having only arrived at the end of last year, so there’s no data yet on market share.

On the advertising side of things, Google has its own major supply of CTV inventory through YouTube. VideoWeek research released earlier this year highlighted how in many European markets, buyers see YouTube and broadcaster video on-demand (BVOD) as their two primary routes into CTV. And through Google’s sprawling ad tech stack, it has a significant role in helping monetise content across a range of AVOD services, both on and off its own CTV platform. 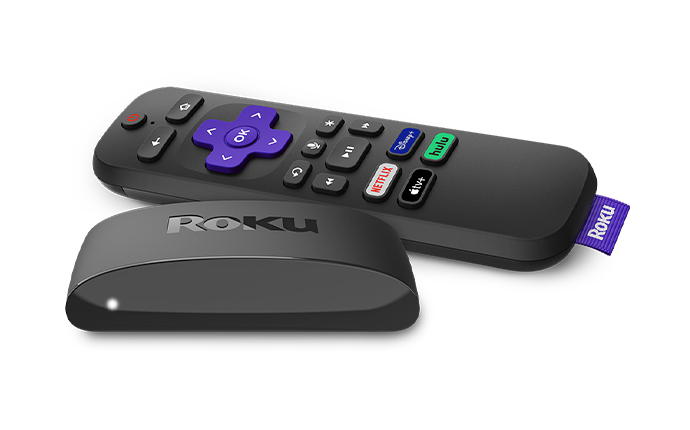 While Roku has established a lead in the US, it has been somewhat slower to gain traction in Europe. According to Conviva, Roku accounts for eight percent of CTV viewing on the big screen, placing it as the joint fifth biggest player in Europe.

Ampere Analysis’ data found at the end of 2019 that Roku’s share of the plug-in CTV device market in France, Germany, and Sweden sat at around seven percent , while the UK and the Netherlands were slightly higher, around ten percent.

Since then, a key part of Roku’s strategy in Europe has been licensing its CTV software to third-party TV manufacturers. This programme began in late 2019 in the UK, via a partnership with Hisense. Chinese TV manufacturer TCL also announced last year that it would begin selling Roku-powered TVs in Europe, though it didn’t specify exactly which markets.

Just like in the US, Roku has been expanding its ad sales efforts in Europe too. It’s acquisitions over the past few years of demand-side platform Dataxu and Nielsen’s Advanced Video Advertising unit have bolstered its programmatic sales and data capabilities significantly.

And it has begun rolling out its owned and operated ad-supported streaming service, The Roku Channel, in Europe too. The service launched in the UK in April last year, with content tailored to British audiences. No further European launches have yet been announced, but given that Europe is Roku’s second strongest region, it seems likely it will look to expand it’s AVOD service’s reach on the continent in the coming years. 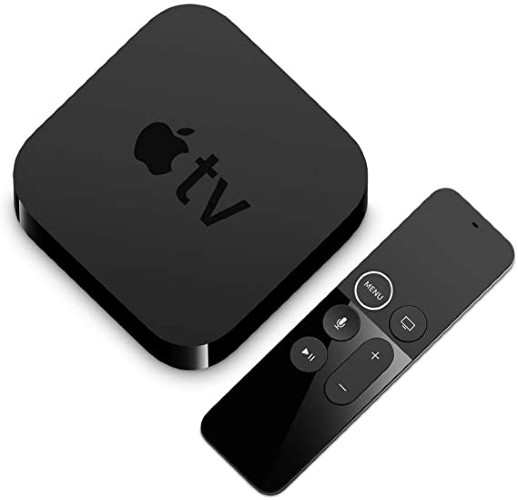 While Apple’s CTV platform Apple TV has fallen far behind Roku and Amazon in its home market, it’s managed to carve out a place as a significant player in some European markets. Apple TV accounts for five percent of all CTV viewing in Europe according to Conviva.

Like Google, Apple seems to have most success in smaller European markets. It’s the second largest player out of all the external devices in Sweden, Denmark and the Netherlands, according to Ampere Analysis. In the larger markets, its market share has historically been smaller.

Also similarly to Google, Apple has expanded its footprint through deals with telcos. Vodafone Deutschland for example offers an Apple TV-powered set-top box, as does Irish telco Eir.

One major difference between Apple and others listed here is its relative lack of a stake in CTV advertising. Its Apple TV+ streaming service, which is available in most European markets, is still ad-free.