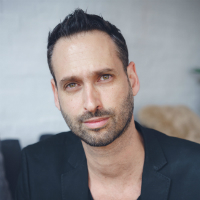 Earlier this week Connatix, an online video platform and monetisation tool, announced that it has received significant investment from Court Square Capital Partners, a private equity firm. And now using that investment, Connatix is looking to kick off its international expansion, which was delayed by the pandemic.

VideoWeek spoke with Connatix CEO and co-founder David Kashak to hear more about the company’s post-investment plans, as well as publishers’ evolving attitudes towards video, and how performance data is pushing spend towards context.

Last time we spoke with Connatix, your product was built primarily around video content syndication. How has your product changed since then, and what’s driven the direction of that evolution?

We’ve always been a publisher-first company, and most of our product innovation came from us working with our publishers, listening to them and understanding their pain points. Since our early days, we’ve identified three pain points for every publisher which has a video strategy.

So publishers first and foremost have always struggled to produce video content since it’s so expensive, and then with getting technology which can both play their video and sell ads efficiently. Often they use different point solutions for those two tasks which don’t always work well together. But then the last problem, of monetisation, is the big one. When you’ve invested a lot of money to create content, that’s a big priority.

We started off solving the content problem, but then we saw that a lot of the video player technology pieces which publishers were stitching together weren’t working efficiently. There were lots of frictions between the player and the ad server and the CMS. So we launched Elements, our online video platform (OVP), which does all those things and is designed to cut out that friction.

And over the years we’ve also built a lot of AI capabilities into our product, starting with our ad server, which optimises ad campaigns towards certain KPIs. So that also helps with the monetisation problem.

Most recently we launched our video insights engine, which uses natural language processing and computer vision to analyse every video which publishers upload to the platform. That helps automate the process of indexing video and creating metadata. And with that data, publishers can let buyers target ads based on that contextual data. We saw that pick up last year both from publishers and buyers as they prepared for the end of third-party cookies. And publishers are seeing that contextual data helps them better package their video for PMP deals, because buyers know exactly what’s in each video.

Obviously there’s a lot of speculation at the moment about how big a role contextual targeting will play in the post-cookie world. Do you think the market really appreciates and understands the difference between the different types of contextual tech?

Generally when you’re looking at contextual solutions, there are several questions you want to ask. What data does they analyse, do they process the video frame-by-frame, or look at the text on the page? How do they do this, and is it efficient? How is the computer trained, and what sort of sensitivity has it been set up with? And these things will change over time from a technology perspective, as well as for specific publishers.

So the different ways of creating contextual data might be a bit of a black box for some people. But at the end of the day the data which is produced, and the ability to use that data to target and create packages, is something which I think people understand by now.

Do you see video generally benefitting from a shift to contextual?

Firstly I’d say that I think contextual targeting is much more effective in in-stream video than with outstream video. With outstream, you’re only looking at the text on the page, whereas with in-stream, you get so much more data from analysing the video. And with that frame-by-frame analysis you don’t just understand the topic, but you can pick out specific logos and people.

So you can help buyers more accurately buy the inventory they’re looking for, but also help them avoid advertising on certain types of videos, for example where there is a brand conflict. So a car maker might want to buy ads on car-related content. But if the video is about Tesla, there could be a brand conflict there, and the car maker might want to avoid that video.

But yes, I think we are seeing more interest in video as a result. We have already seen people preparing for the post-cookie world, where you don’t know the exact user you’re targeting. And that’s one big driver shifting ad dollars towards this type of content.

But I don’t think it’s just the loss of cookies that’s driving interest in contextual advertising. It’s also performance. We’ve been running post-campaign analysis for a lot of companies who have been using contextual targeting, and we’re seeing an uplift in metrics like brand recognition, completion rate, click-through rate and so on.

You mention in quite a few product releases that you’re looking to align editorial and revenue goals for publishers. What does that mean to you?

Partly it’s about aligning the technology. So you have the editorial team who use video player technology to upload videos, embed them, and use video insights to create metadata and generate recommendations. But then our tech also works to increase the value of that content, by giving the revenue team the ability to sell it using that contextual data.

So that’s our Elements product. Then there’s our Playspace product, which is for publishers which don’t have their own video content. Placespace automatically generates a video experience based on assets that we take from the publisher’s website. It identifies text and images and so on to create video content which is a ‘stories’ like experience, similar to what you’d see on Instagram and Snapchat.

And again, with that product we’re bringing a contextually relevant experience to a page, which adds value editorially, but then also helping to monetise it with ads.

It’s hard to pick out overall trends. We work with more than 200 publishers and our tech runs across more than 5,000 different sites, and each of them have their own specific problems they’re facing. Whenever we start working with a publisher, the first question we ask them is what their video strategy looks like, and what the current pain points are. Then we can tailor a solution from there.

But the same issues still remain, creating video content is very expensive and it often has a very short shelf life. Think about a sports broadcaster which needs to create a daily summary of every NBA game. That’s a lot of content every day. So that’s something we’re working on now – where we’re helping publishers to create templates and connecting them to different data sources, and then our platform can help create different versions of similar video. With that NBA example, they might want a template where it’s the same video, but updated with different scores and different highlights from different games.

And that’s definitely a trend right now. As publishers move more and more into creation, they’re looking for tools which can help them speed up and scale up that process.

Lastly, congratulations on the investment! What are your post-investment plans?

So far since the beginning we’ve been fully focused on the US market. We had plans for international expansion which were supposed to start just before COVID, which were going to begin in the UK, but we had to postpone those.

But now in the post-COVID era and with this investment, one of the first things we want to do is start that international expansion. We’ll be opening offices in different locations, similar to what we’ve done in the UK.

And M&A will be a part of that too. If there are companies with similar tech and good clients which are dominant in specific markets, that might help us enter those markets faster.