The Pandemic Sparked a Renaissance for QR Codes in Advertising

The Pandemic Sparked a Renaissance for QR Codes in Advertising 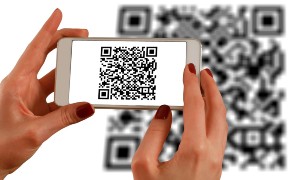 QR codes are hardly cutting-edge technology, having been invented almost thirty years ago. But following the pandemic, we’re seeing innovative and inventive new examples of how the tech can be used in advertising.

First invented in 1994 by Japanese company Denso Wave, ‘quick response’ (QR) codes work similarly to barcodes in that they can be scanned to read information. QR codes’ strength is that they can hold much more information than a traditional barcode, and can be translated by smartphones – often used to quickly lead a user to a website or video.

Over the years, QR codes have settled into a fairly mundane and low-key role. Prior to the pandemic, most consumers would have recognised what they are, but would rarely actually use them.

But the pandemic has brought QR codes back into the mainstream. In the UK as well as other countries like New Zealand, QR code technology has been used for the governments’ COVID-19 tracking apps. Patrons visiting restaurants or other indoor venues must sign in by scanning a QR code. This has led to a significant increase in awareness among the general public about what QR codes actually are.

“QR has been around for a while but the pandemic has brought them to the fore with ‘Track and Trace’, meaning people are extremely aware and familiar with how to use them,” said Dev Sangani, advertising capability and strategy director at Sky Media.

The tech itself has also become somewhat easier to user in recent years, since now most smartphone cameras will automatically recognise and scan QR codes.

“One of the problems with QR codes back in the day was because you often had to download a specific app, and so the value exchange never really stacked up,” said Jonathan Acton, head of creative delivery at Clear Channel. “You would begin to wonder, by the time you’ve downloaded the app and clicked on the QR code, if what you’re getting at the end was worth the effort,”

With QR codes now embedded into consumers’ daily routines, marketers have been finding new ways to integrate them into ad campaigns.

One emerging use case, which Sky Media has been trialling, is shoppable TV advertising. Shoppable TV has been a long-term dream for TV marketers. But introducing shoppability into the lean-back linear TV environment, where audiences don’t always have a remote in their hands, has historically proven difficult.

Sky Media’s pilot scheme was carried out with Sky Mobile’s TV ads. Audience members could scan a QR code on their phone that would take them to the brand’s website. Sky Media’s Sangani says the results so far have been very positive.

“We saw ads that carried a QR code call to action generate a 50 percent increase in product page visits, 40 percent higher conversion rate and a 19 percent reduction in cost per conversation,” he said.

“One of the first examples during the pandemic was with Skoda, who wanted people to be able to explore their new SUV range,” said Clear Channel’s Acton. “To help facilitate that, the first step was gesture control, because we didn’t want people touching our screens and potentially catching the virus,” he said, “So we used gesture controls so that people could navigate the whole experience. And at the end of that user journey, there was a QR code, which people could click on and book a test drive of the model that they wanted.”

QR codes are popping up in print publishing too. The Guardian recently partnered with online grocery story Ocado for an inventive partnership in The Guardian’ food section. QR codes are added to the end of recipes, which users can scan to take them to Ocado’s site, where they can then purchase the ingredients for that recipe.

As all the above examples show, QR codes can add interactivity into otherwise one-way mediums. But this interactivity doesn’t just open up new creative opportunities – it makes media more measurable too.

“In our test campaign, half the audience were served with a QR code creative and the other half without. We can compare both the web traffic and the sales conversion driven from the QR code ad vs the one without,” said Sky Media’s Dev Sangani, “Within our analysis tools it’s possible not just to look at actual sales, but how the shoppable format pushed more people further down the sales funnel, resulting in higher engagement and better outcomes for the brand.”

While QR codes have become easier to use in recent years, as well as more ubiquitous since the pandemic, marketers must still think carefully about how and where QR codes actually work from the consumer’s perspective.

“If you think about the kind of placements that we have, it won’t work to stick a QR code on a billboard where it’s mainly traffic going by. Instead it’s the areas where there’s high pedestrian dwell time, such as shopping malls, that make more sense from brands,” said Clear Channel’s Acton. “I also think it’s about being clear what you get from scanning the QR code.”