How UK Broadcasters Are Using Social Video to Capture Gen-Z

How UK Broadcasters Are Using Social Video to Capture Gen-Z

It’s no secret that younger audiences are less likely to consume linear television. So in order to access those audiences and to promote what’s available on both linear TV and streaming apps, broadcasters have continued to invest in reaching them on social platforms.

Gareth Capon is CEO at Grabyo, a cloud video production, editing and distribution platform that specialises on social video for broadcasters.

“The viewing audience for broadcasters has changed significantly, and if you don’t have a presence on these social platforms where the younger demographic is spending their time, then there is an engagement and reach question you need to answer,” Capon said. 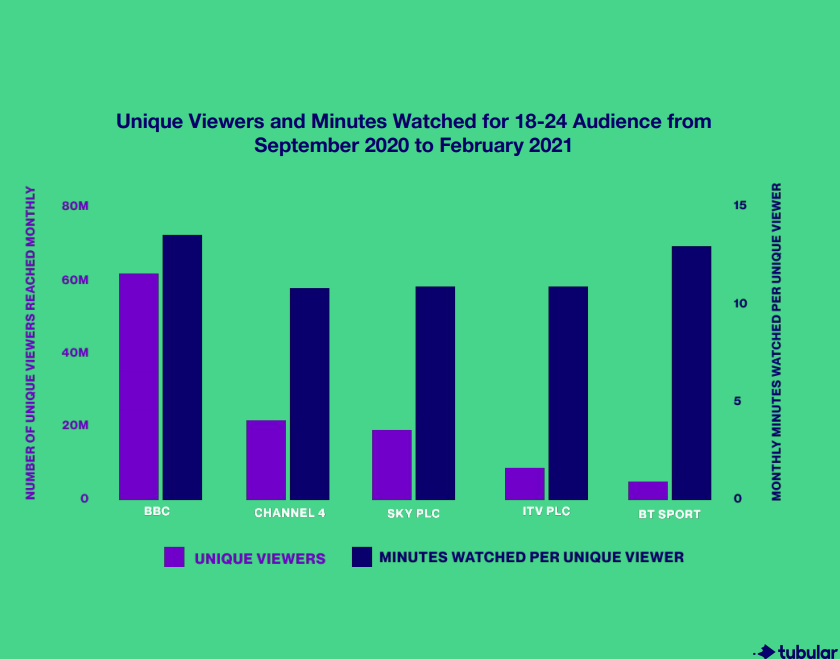 According to research from Tubular Labs, a video measurement and analytics platform, among the 18-24 group, the BBC is the British broadcaster with the biggest social video following on YouTube and Facebook. They have an estimated 60 million viewers worldwide, but interestingly the majority of their followers aren’t necessarily in the UK. In fact, the research revealed that one of their top channels is BBC Hindi, an international news service.

John Cassillo, analyst at TV[R]EV, says that the BBC have done well in international markets because they are able to tweak their content to each different country. 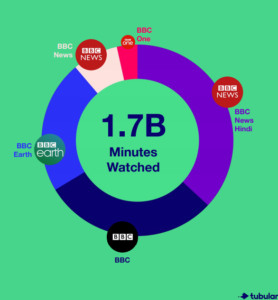 Channel 4 is the next biggest broadcaster on YouTube and Facebook, according to the research. Channel 4’s core target audience is 16-34 year olds, so it is perhaps unsurprising that it has invested in social. In 2020, the broadcaster launched 4Studio, an in-house digital content studio that will focus on producing short-form content for social media.

Grabyo’s Capon says that broadcasters now recognise that a one-size-fits-all approach will not suffice when it comes to social video.

“The video experiences on Instagram, Facebook, Twitter, YouTube, Snapchat etcetera are all completely different. For there to be the content that users crave the videos on each platform need to be different. So there is more resource effort now in the way broadcasters create social media content for each of those different social platforms,” he said.

The length of videos must of course be tweaked for each platform. On YouTube, videos can be as long as a few minutes, whereas on a platform like Twitter,  videos of less than a minute tend to perform better.

Broadcasters also need to consider which types of content work best on each platform.

“You’ve got to think about the tone. Twitter, for example, is a breaking news platform. What will do well is what’s live at the moment, so sports clips, news and events, for example. For YouTube, there’s a lot more storytelling and there is more long-form content. And on Instagram and TikTok videos are generally more talent-led,” said Gareth Capon.

Tubular’s reports show Sky to be the broadcaster with the next biggest audience among 18-24 year olds after Channel 4, followed by ITV and then BT Sport. Although BT Sport has the smallest audience of the five broadcasters included in the report, its social content viewers spent some of the longest time consuming the content. The Tubular Labs research revealed that the average monthly viewing time for each unique viewer of BT Sports’ Facebook and YouTube videos was around 13 minutes, the second highest of all the broadcasters included in the report.

How Broadcasters are Using TikTok

Tubular’s report includes Facebook and YouTube statistics, but not other platforms for social video. TikTok is still a relatively new platform, and many of the British broadcasters were tentative in launching themselves on the Chinese-owned social media site.

At the time of writing, the BBC has 606,000 TikTok followers, a significant number, but one that dwarfs in comparison to its Facebook presence of 83 million.

On TikTok, the number of viewers and followers for each broadcaster is fragmented across multiple accounts. Often, accounts for specific programmes do better on the platform than the main broadcaster’s account.

For example, ITV does have a verified account on TikTok. However, no videos have been posted to the account and it is currently set to private mode, meaning that no-one can follow without approval from the account holder.

Despite the lack of activity from the main ITV TikTok account, that doesn’t mean that the broadcaster is absent from the platform. ITV entertainment programme Saturday Night Takeaway has over 227,000 followers, and Love Island, the popular reality TV show, has over 466,000 followers.

John Cassillo says that broadcasters can look at the available data to see whether certain programmes are worth spinning off to their own separate channels.

“When broadcasters have data to show that fans of a certain programme aren’t necessarily going to subscribe to a channel with a general, aggregated approach. If they’re only a fan of one piece of content, they might want a channel catered solely to that,” he said.

Not all content around TV programmes on TikTok comes from the broadcasters themselves. Friday Night Dinner is a popular Channel 4 sitcom, one fan account for the show with the handle @Fridaynightdinnerfandom has a total of 117,000 followers. This unofficial account has more followers than the official TikTok accounts for Channel 4 (64,000), Channel 4 News (4,000), and E4 (23,000) combined.