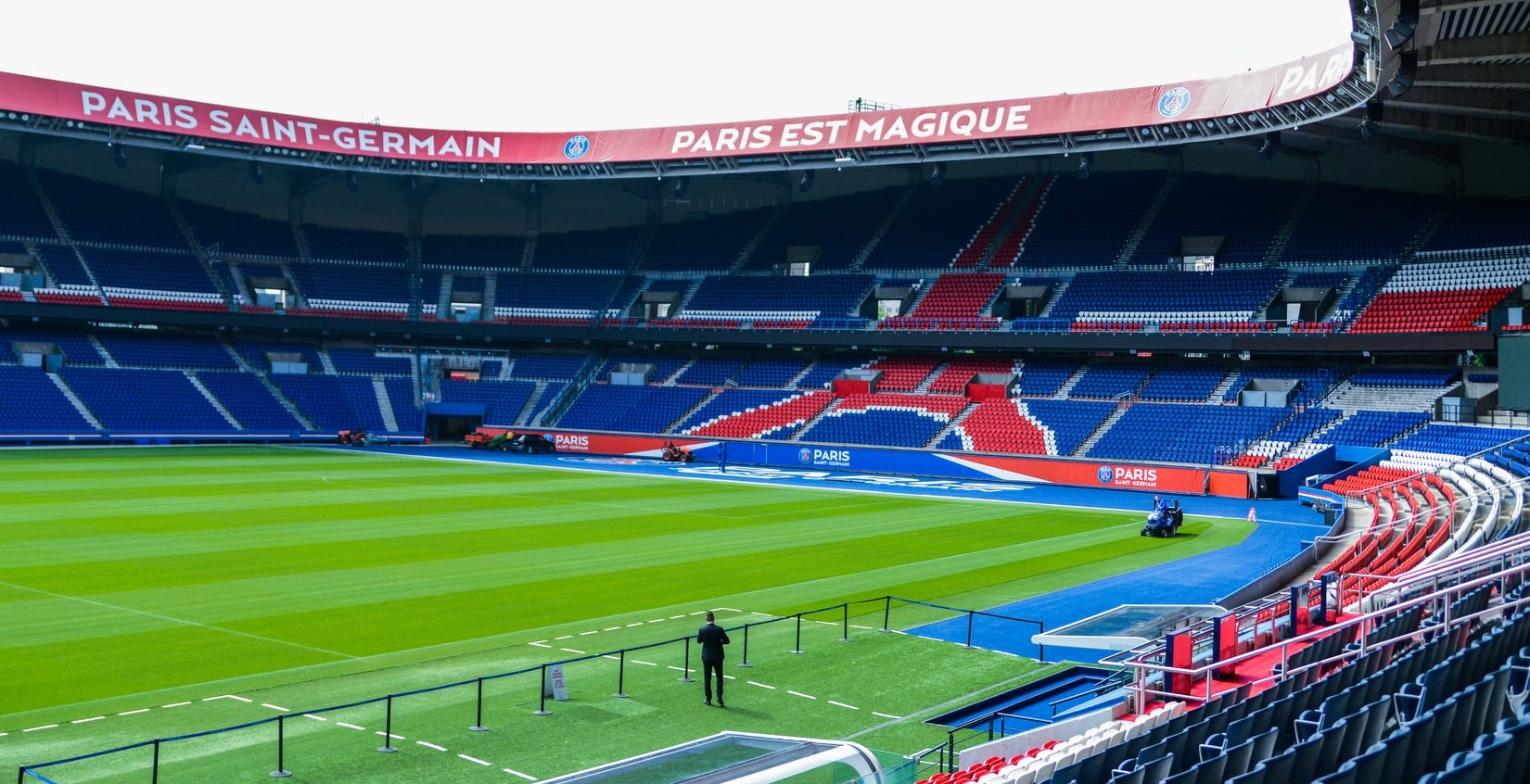 While the French national team are firm favourites to win this year’s European Championships, back home French football is in crisis. An ongoing standoff between Canal+ and the Ligue de Football Professionnel (LFP), France’s football league, risks leaving French domestic football massively underfunded, and some of its biggest games unaired. Analysts say there is still hope that a complete crisis can be averted, though getting there won’t be easy.

The trouble essentially started back in 2018, when Spanish/Chinese media start-up Mediapro beat out Canal+ to win the majority of rights for Ligue 1, France’s top league, between 2020-2024. Mediapro’s deal was worth a reported €814 million per season, a record figure. The remaining package went to Qatari media group beIN for €330 million, which subsequently agreed to sublicense the rights to Canal+.

Mediapro’s huge investment was seen as risky at the time, and sceptics were quickly vindicated as Mediapro fell into financial troubles last year, missing two payment instalments. In December it reached an agreement with the LFP to terminate its contract, which had clearly become untenable.

The league reached a stopgap deal with Canal+ to broadcast the rest of the season, while holding a new auction for the rights vacated by Mediapro.

And that’s where the latest drama began. Canal+ and beIN put in a joint bid for the rights, but the LFP awarded them to Amazon, a new entrant into French football, for €259 million per season. This has angered Canal+ for several reasons.

Firstly, Canal+ has expressed concern that Amazon broadcasting the majority of games devalues French football. Fans would be able to watch games much more cheaply on Amazon, since they would likely be included with a standard Amazon Prime Video subscription in France, which costs €5.99. This would effectively make French football an add-on to Amazon’s wider offering, rather than a standalone product.

And Canal is also angry at the pricing of Amazon’s package. Amazon has rights to eight out of ten Ligue 1 matches every game week, as well as Ligue 2 rights. Canal+ meanwhile is paying more for just two games per week.

Thus last Friday Canal+ said it won’t broadcast any Ligue 1 football next season, despite holding the rights. And this leaves France’s top league facing the prospect of a number of its games next year not being aired, and a massive reduction in revenues if Canal+ doesn’t pay up.

beIN caught in the middle

The standoff is complicated by the fact that the rights are actually held by beIN, rather than Canal+ itself. This leaves the Qatari media group stuck in the middle of the dispute.

L’Equipe, a French sports newspaper, reported last week that beIN itself has no intention of cancelling its contract with the LFP. That means if Canal+ follows through with its promise not to broadcast any games, and refuses to pay for them, beIN itself will take the financial hit.

Canal+, from a legal standpoint, would likely be on dodgy ground. Jack Genovese, Senior Analyst at Ampere Analysis, a media research business, said that from information publicly available, it seems that Canal+ will still be expected to abide by the contract which enables it to sublicense two games per match week from beIN Sport.

But François Godard, senior media and telecoms analyst at Enders Analysis, a media, entertainment, and telecoms research company, said that Canal+ is an important ally for beIN, meaning the Qatari group won’t want to take on a legal battle against its partner.

“Canal+’s subscriber base is the core market for sports subscription services in France,” he said. “If you want to sell a sports service in France, you go through Canal+.”

One option, which might avoid a big legal battle, would be for an alternative distributor to be found.

“One possible solution could be that beIN essentially takes over from Canal+ to monetise those rights directly,” said Ampere’s Genovese. “While it no longer plays as prominent a role in the French sports broadcasting market as it used to, beIN Sport still has a significant footprint in football, holding exclusive rights for La Liga and Serie A in France.”

But Genovese said DAZN would likely want to pay substantially less than Canal+ is currently paying, given its high levels of investment elsewhere  and operational challenges it is facing in other markets.

And again, beIN might not want to resell the rights, or broadcast the games itself, since this could be seen as undermining Canal+’s protests, upsetting a crucial partner for beIN.

An alternative option would be for Canal+ and Amazon to reach some sort of deal themselves. If the two could reach a deal which would give Canal+ subscribers access to the games held by Amazon, Canal might back down from its boycott.

Enders Analysis’s Godard said that another option would be for an external authority to bring some form of closure.

The government could step in and force a decision one way or the other. It’s already shown an interest in protecting French football, providing loans to the LFP last year when Mediapro’s payments dried up.

But this could be politically difficult. On the one hand, politicians might be wary of disrupting the Amazon deal, given its apparent popularity with the public.

“If you look at comments on social media, subscribers are happy with the Amazon deal,” said Godard. “Many are already subscribed to Amazon Prime, and an annual subscription works out as just €4 per month. Even if Amazon increased their prices by 50 percent, that would still just be €6 per month in exchange for 80 percent of Ligue 1 games.”

On the flipside, forcing the issue in Amazon’s favour would draw media scrutiny. “The media is much more critical. They say the deal isn’t sustainable for the league, and it devalues the product too much,” said Godard.

Godard said the cleanest solution might be for a court to nullify all the existing deals, allowing the league to auction rights off from scratch.

“From my point of view, that would be the ideal solution,” said Godard. “Then you can start fresh. You can design a new package for Amazon, which would probably be something like one game a week. Then Canal+ would likely buy up the rest of the rights. Canal+ will always be a bit suspicious of Amazon, but if Amazon has just one game a week, they wouldn’t mind. That way you can get a deal which keeps everyone happy.”

Advantage to the broadcasters?

Sports broadcasters around the world will be watching the situation with interest. Live sports have remained a valuable selling point for traditional linear TV while consumption for a lot of other content has shifted to streaming services. Many traditional broadcasters have eyed Amazon and DAZN’s investments in live sports with concern.

Ampere Analysis’ Jack Geonvese said it’s likely we’ll see more of these types of skirmishes. “Pay-TV platforms are engaging in a balancing act between containing their costs – including what they spend on sports rights – versus continuing to provide a compelling offering to its customers,” he said. “At the same time, rights holders have an incentive to continue to grow the revenues they generate through the licensing of TV rights, and to do so they will continue to innovate in the way they structure their auctions and repackage the rights. These competing imperatives will almost inevitably be the source of further tension.”

But by and large, broadcasters are likely to win out, as premium sports rights are more crucial to their business models.

“For the likes of Sky and Canal+, the availability of live sports on their platforms – ideally on an exclusive basis – will continue to be a key element of their business strategies as the opportunity cost of losing those subscribers who are mostly driven to their platforms by the availability of sports is still greater than the fees that they will continue to pay to access those rights,” said Genovese.

Enders Analysis’ Godard agreed, saying that despite the hype around Amazon and DAZN’s recent rights acquisitions, neither have shown themselves to be fully committed to buying the most expensive football rights in any of the markets they operate in.

“DAZN have only really been aggressive in Italy, and there were special conditions which allowed them to do so,” added Godard. “Generally, competition for sports rights isn’t really that high, so companies like Canal+ will be confident that they can keep winning rights.”