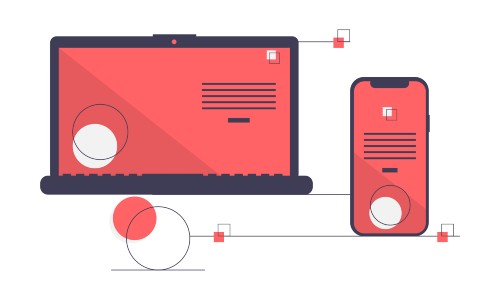 In spite of repeated campaigns calling out the practice over the last few years, advertisers are still stopping ads served against content aimed at minority groups through the use of keyword blocklists. One recent study from CHEQ, an anti-fraud business, found that on YouTube 93 percent of LGBTQ+ friendly channels are blocked by industry standard blocklists.

Blocklists are a standard way for advertisers to avoid appearing next to content they deem to be unsafe, and can be helpful for avoiding problematic content when used well. But all too often the words used single out certain groups, such as the LGBTQ+ and Black communities.

Christopher Kenna is CEO and co-founder of Brand Advance, a media company that helps brands get in front of more diverse audiences. He says that the inclusion of words like “lesbian” and “black man” on these blocklists are a form of discrimination.

“In all honesty, I think if keyword blocklists went to court, they would not hold up, because you cannot discriminate against race, religion or sexual orientation. That is law,” Kenna said.

PinkNews, a UK-based online newspaper marketed to the LGBTQ+ community, is still seeing revenues hampered by blocklisting. “We find that fundamentally, anything that is relating to LGBT topics will more often than not be blocked by advertisers, particularly on open marketplace campaigns, and particularly when it’s sold through Google’s systems,” said PinkNews chief executive Benjamin Cohen.

“There’s no common sense being used in a lot of cases. It’s just “the computer says no”. Brands are being blocked from the content that I think that they would feel very happy being alongside,” he added.

The events of the last year and a half, including the impact of the pandemic and the global Black Lives Matter protests following the murder of George Floyd, have drawn fresh attention to ethical issues in our industry. But despite this attention, blocklisting issues persist.

Rob Blake is UK country manager at Channel Factory, a platform that drives performance for advertisers on YouTube. The Channel Factory have recently launched The Conscious Project, which aims to tackle bias in the advertising industry.

“Recent events like COVID and the Black Lives Matter protests have driven awareness, which I think is so important,” Blake said. “Often the blocklists can stem from archaic thinking rather than deliberate decisions. There is a need for education,” he added.

This time last year, many agencies and brands pledged commitment to diversity initiatives to stand alongside the Black community. Brand Advance’s Christopher Kenna points out that blocklists can undermine these actions.

“Blocklists don’t just prevent brands from reaching a diverse audience. They also stop ad dollars from going to diverse communities. Black people own Black publications, speak about Black problems and employ more Black people. If your brand is going to say, we stand shoulder to shoulder with you, but then they don’t let any of the media-spend money, get into that community through the Black-owned media, it’s simply hypocritical,” he said.

Is it time to block blocklists?

For brands, keyword blocklists might just appear to be fairly innocuous, if blunt, tools for handling brand safety. But Kenna says that, for the people who work in the industry whose identities or backgrounds fall under these blocklists, it can have a very real impact.

“We have scheme after scheme publicly saying we’re going to bring more people from diverse demographics into our industry. But if we’re asking them to work on campaigns and to input words into computers that describe them, then we’re basically subjecting them to daily torture,” Kenna said.

PinkNews chief executive Benjamin Cohen describes these keyword blocklists as “a computer programme set up by people who don’t live in the modern world”. There are ways that brands can avoid these blocklists, such as by working with companies like Kenna’s Brand Advance.

The Channel Factory’s Rob Blake says that the onus lies with brands to move away from “archaic” blocklists.

“Brands should take control of where they want to align themselves. Different brands have different understandings of what type of content they will be happy to run alongside. But ultimately that has to come from the brand itself. The ad agency cannot be responsible for deciding that,” he said.

In the meantime, publishers whose revenues are hit by blocklisting are finding their own ways to circumvent the problem. For PinkNews, Snapchat has proven effective.

“The vast majority of our advertising inventory that we’re monetizing is on Snapchat,” said PinkNews’s Cohen. “There, we don’t really have any issues. It doesn’t use the group blocklists. Advertisers are choosing either to be associated with our brands, or the individual pieces of content. So when you upload a piece of content for Snapchat, as a publisher, you label what’s contained and the interest groups of each individual snap. For example, if we’re doing an episode about a beauty influencer, brands who are interested in reaching that audience will appear alongside that piece of content.”