LiveScore To Stream Every Champions League Match for Irish Market

LiveScore To Stream Every Champions League Match for Irish Market 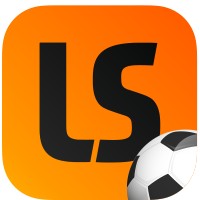 LiveScore, a score update website and app, will stream every Champions League fixture for free in the Republic of Ireland, starting with the upcoming season.

Within the last year, LiveScore has been moving beyond having scores onto its app and into the streaming market. LiveScore’s app is free to download and to stream games on. It acquired rights to live-stream the Italian Serie A and the Portugese Primeira Liga in August 2020. Since October 2020, LiveScore has also live-streamed one English Premier League fixture a week for free in Nigeria.

LiveScore have exclusive rights to broadcast 104 of the Champions League matches, meaning that 33 will be shown on a non-exclusive basis. The Irish national broadcaster, RTÉ, has retained its right to the first-pick of 16 Tuesday night matches as well as acquiring the rights to broadcast the final.

The remaining 16 matches of the Champions League remain up for grabs for broadcast in Ireland.

The deal will allow LiveScore users in Ireland to live-stream the matches on their Apple or Android devices. They will also be able to cast the matches onto a connected TV device. In addition, LiveScore will make match analysis and other content available on its app.

Ric Leask, marketing director at LiveScore, said, “We are extremely excited to announce this significant new rights deal, which will provide fully free-to-air live coverage of every single UEFA Champions League match to football fans in Ireland. We look forward to being there for every step of the season, as we bring our users closer to the action with our full offering of live-streamed matches and supporting content.”

This deal in Ireland represents the latest in the trend of streaming services moving into sports, an area that traditional broadcasters have dominated. Amazon is one streaming service that has made a major commitment to sports. For the past couple of seasons it’s picked up a small number of Premier League football games in England, while in the US, it recently agreed a deal for exclusive rights to Thursday Night Football games from the NFL.