Can Contextual Targeting Step In for IDFA in Mobile Gaming?

Can Contextual Targeting Step In for IDFA in Mobile Gaming? 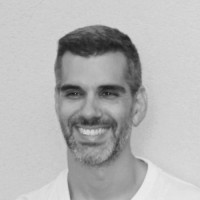 On the open web, contextual targeting has been touted as a potential stand-in for behavioural targeting, as the latter becomes more difficult to do due to the loss of third-party cookies.

Mobile is facing its own identity crisis, as Apple has placed new restrictions on access to its Identifier for Advertisers (IDFA), but contextual targeting is somewhat harder in the mobile app world. What does contextual targeting look like on a casual mobile game, where the gameplay might be something as simple as bouncing a ball across platforms? In this interview Daniel Reina, co-founder and CEO of TappX, a Spanish programmatic platform for mobile and CTV, explains how companies are approaching contextual targeting in the mobile world, and also discusses the wider impact of Apple’s IDFA changes, and the state of OTT in Spain.

How are Apple’s new restrictions on IDFA going to affect mid to long-tail games publishers?

It’s difficult to say what will happen, partly because publishers are taking different approaches to the changes, and it will take some time for publishers to figure out what works. A lot of publishers we’ve spoken with are still waiting to see the impact of IDFA before they start making big changes. Others we’ve spoken with have just been filtering out ad requests for traffic coming from devices running iOS 14.5.

But in terms of revenue, I think it’s the same situation as with GDPR, CCPA, and other privacy changes. Advertisers still have money to spend, and iOS users are still relevant to those advertisers. You might see CPMs for impressions with no IDFA attached drop, but then impressions which do have an IDFA attached will be see higher CPMs, so the average might work out the same.

Another important point is that lot of apps still haven’t even updated to ask for IDFA permission. I have an iPhone, and I’ve still not seen an IDFA notification yet! And even when apps have updated themselves to ask for IDFA, they then have to wait for users to install those updates too. So we don’t get to see the full effects of the change from day one, it’s going to take time as developers update their apps and users update their software.

Are these publishers seeking out alternative identity solutions, and what are the leading contenders?

Right now there are tonnes of solutions trying to be the industry standard, but at the moment there is no a clear winner. And it will be the solutions that win over the advertisers that will succeed. It won’t necessarily be the best solution, in terms of technology, which wins! It will depend more on the connections which these solutions have with advertisers.

Google for example are so important to advertisers, and so they will have an easier time working with advertisers than solutions which might have amazing technology, but don’t have those connections. So probably the big solutions like Google’s solutions and The Trade Desk’s UID 2.0 will do well.

But that’s just one part of it. When you have big players, like Google and The Trade Desk, they probably aren’t going to work with each other’s solutions. So then you have two big players with two different solutions, which makes life complicated for advertisers. That means there’s an opportunity for technology which is able to work with those competing solutions.

So right now there are probably 20 or so big solutions on the market, and probably only three, four, or five of those will be relevant in the long term. But then you’ll also see those middlemen who are able to match users between these different solutions.

On web browsers, contextual targeting is seen as a potential alternative to audience targeting when third-party cookies are no longer available, but it’s not talked about so much in the mobile world. What does good contextual advertising look like in the mobile app world, and more specifically in mobile gaming?

A standard contextual solution on desktop scrapes web pages for text, and then uses this to determine context. And for mobile apps which have lots of text, like a newspaper app, this same technology is easy to use. Other solutions might look at images instead, and use image recognition technology to determine context. And again, this might be relevant to some apps, and can be used easily for those apps.

It becomes a lot more difficult to do contextual targeting when you’re looking at games. As you can imagine if you’re playing Candy Crush, it’s hard to analyse what’s going on, or to even define a context for those games.

But some companies working in the in-game advertising space have been working to make the concept on in-game advertising more similar to contextual advertising. So for example, you might look at the context of the gaming world. If you’re in a shopping mall in a game, there might be ads that make sense in that context, and those can be placed directly into that in-game world.

Of course that doesn’t work for every game – you still can’t really do that sort of thing with Candy Crush. But with specific games you can look at that sort of technology to experiment with contextual advertising. And I think that kind of technology might become more relevant over time.

The EU has been funding alternatives to addressable-based advertising and TappX has been one of the recipients of a grant. Could you explain about what you’re planning to build?

We have been working for two years on a contextual advertising solution for video content (www.contextualize-it.com). We use artificial intelligence to process video content and extract metadata from video and audio content. And with that metadata, we are able to create keywords and assign IAB contextual categories for each scene. So for example if you have a two hour long film, the easiest thing thing to do is to just describe the context for the whole film – whether it’s action or sport or romance etc.

So our artificial intelligence solution first of all identifies what’s happening in each scene to decide its context. And with that data we’re able to show contextually relevant ads in real time. Our solution is already being used by publishers in Europe and Latam, and now the next step is to be integrated with more OTT partners.

How would you characterise the Spanish OTT market at the moment? How widespread is consumer adoption, and are we seeing opportunities for more niche and smaller OTT publishers?

The Spanish OTT market is small at the moment, but growing quickly in terms of adoption and number of OTT publishers. The biggest TV companies like Mediaset and Atresmedia have created streaming solutions, and then some of the telcos have as well. Movistar for example has moved into OTT with Movistar TV. There’s also LOVEStv, which was created by the TV broadcasters (Atresmedia, RTVE, and Mediaset España), which is interesting as it uses HbbTV, so it cuts out the telcos.

Then beyond this, there are several smaller OTT services which didn’t originate in the TV world. For example, we’ve seen some channels which started on YouTube, and are now moving across to OTT. They’ve built their audiences on YouTube, and now they’re trying to move those audiences across onto their OTT services.

My feeling is that traditional TV is still popular in Spain for now, but it’s not the future for TV in Spain. My kids don’t use traditional TV, they only use Netflix, Movistar TV, Disney, and those sorts of services.

And I think we’re seeing the same tend in Spain as we’ve seen in the US already. Most services in Spain started off using a subscription model, but now we’re reaching a point where users aren’t able to afford all the services they might like. So the most important services will continue to be subscription-based, and the others will be forced to move to an ad-supported model. Rakuten is an example of that, they were one of the first to move to an ad-supported model.

TappX has been active in promoting use of app-ads.txt: how big of an impact has the initiative had so far?

The app-ads.txt has an important impact in the mobile industry and right now, almost all the medium and big publishers are using it. The main problem is with the long-tail app publishers that probably don’t have even a website to host their app-ads.txt file. The adoption in that kind of publisher is low and for that reason, we tried to help them offering a free app-ads hosting (https://app-ads-txt.com/) to promote the use of app-ads.txt and continue improving transparency in the industry.