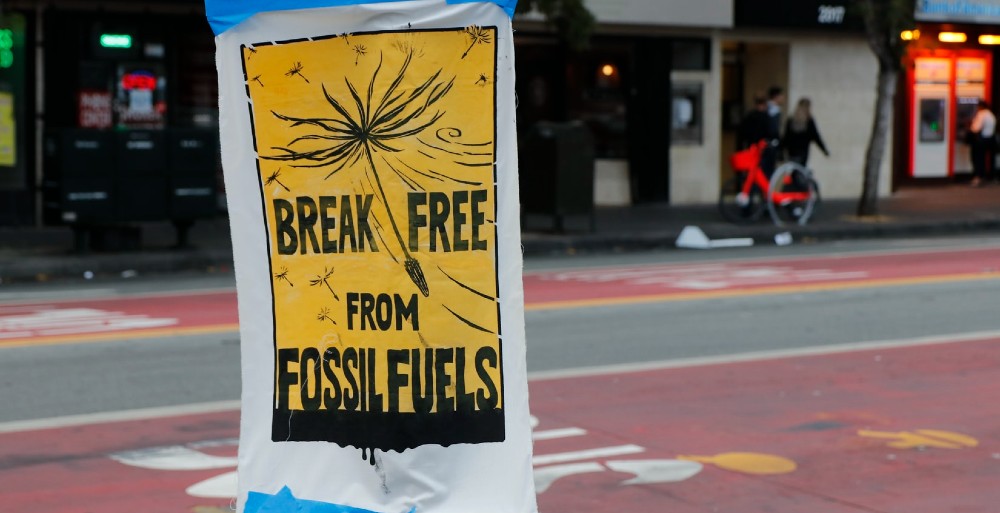 As the advertising world is increasingly waking up to its role in fighting the climate crisis, more and more agencies and advertisers are making firm commitments on reaching carbon neutrality.

We’ve also seen trade groups launching initiatives designed to drive industry-wide change. One of the best known examples is Ad Net Zero, an initiative from UK advertising trade groups the AA, IPA, and ISBA. Ad Net Zero calls for the industry to reach net zero carbon emissions from the development, production, and media placement of advertising by the end of 2030.

But there are many different interpretations of what it means for an advertiser or an agency to be carbon neutral.

One approach for ad businesses is to just measure the impact of their own day-to-day operations. How much carbon is used lighting and heating the office, running electronic devices, and ferrying staff to meetings across cities, countries, and continents?

Matt Bourn, director of communications at the Advertising Association and chairman of one of Ad Net Zero’s five working groups, said the two easiest ways to cut operational carbon costs are to switch energy providers, and to cut back on international travel.

“If every business in our industry moved to a green energy supplier, that would be a huge win,” he said.  “And then at Ad Net Zero we’re also suggesting companies should review their business flight policies. The question at the moment is, as international borders reopen and people return to their offices, do we return to the volume of flights we had before? Or have we learned new ways of doing business where we can reduce the amount of flights we take?”

Looking slightly beyond day-to-day operations, Ad Net Zero says companies should also consider advertising production, and industry events and awards. Both of these things will contribute in part to a company’s own operational costs. Sending hundreds of employees off to Cannes will incur a heavy travel cost – but it’s relatively easy for an agency to measure, reduce and/or offset this themselves.

But Ad Net Zero recommends companies should also look to work with partners who themselves are working towards carbon neutrality. Is your production company cutting back their carbon footprint? Does the awards ceremony you’re submitting entries to calculate its own carbon footprint?

However, with advertising there are other sources of emissions which are fairly unique to the ad industry.

Rob McFaul, co-founder of Purpose Disruptors, a group which seeks to drive the ad industry towards net-zero status by 2030, said these sorts of decisions can have a big impact.

“The average person in an IPA agency emits 3.4 tonnes per year in their day-to-day work, which is like any other service industry,” said McFaul. “Whereas the typical emissions from £1 million spent on a TV campaign is around 84 tonnes. So that’s very significant, and that’s just for one TV buy. For a big campaign split across lots of channels, that’s a significant contribution.”

Figuring out the carbon footprint of a media plan, which has lots of variables, can be a very difficult process. But a number of calculators have been developed within the industry so help simplify the maths.

Good-Loop, an ad tech company which shares a portion of ad spend with a charity of the viewers’ choice, developed a carbon calculator to help guide its own operations, which it has now made free to use for the industry.

“We’ve used an international recognised methodology for calculating the carbon cost of a website, and applied those same assumptions to advertising,” said Amy Williams, co-founder and CEO of Good-Loop. “And it basically looks at the weight of an asset, so in this case a video file, and the electricity that’s used to transfer that data. That carbon cost of electricity varies depending on the markets the campaign is running in – the Nordics for example have very clean energy, while the US is much more fossil fuel based.”

Media planners can use these calculators to offset emissions, or to spot which channels are generating high emissions and cut back on these channels.

“By measuring the carbon cost of a campaign, we can see for example that AMP (accelerated mobile pages) ads are way less costly – they use much lighter files and less energy, so they’re way better for the environment,” said Williams. “Or compressing files based on device types, that can save a huge amount of energy. There are tonnes of really simple ways we can make our advertising more carbon friendly.”

The role of influence

But there’s another, even bigger carbon cost specific to advertising, which is still often excluded from carbon neutrality commitments: its influence.

“If you’re asking where most emissions come from in our industry, it’s got to be the influence we have in society,” said Purpose Disruptors’ Rob McFaul. “We’re the architects of desire, so what are we promoting? And what’s the opportunity for our industry to promote the sustainable behaviours, attitudes, and lifestyles that are in line with that net-zero world?”

If an agency’s campaign for an environmentally unfriendly product is very successful and leads to more sales, arguably the carbon footprint of those extra sales should count against the agency.

“Ecoeffectiveness helps us understand the sales uplift an ad campaign generates, and then the emissions which result from that sales uplift,” said McFaul. “For example we looked at an award winning Audi campaign run by BBH a few years ago. We found the carbon life cycle of each of the cars sold due to that campaign to give us the total emissions generated by that campaign. And we found the number was five million tonnes.”

On the more positive side, agencies and advertisers can also use their influence for good, either to promote their more sustainable products, or to encourage more environmentally friendly behaviours.

Purpose Disruptors’ ‘Change The Brief’ initiative seeks to tap into this positive influence. “Change the Brief is this powerful idea that for every brief that comes in, we’ll respond how the client expects, but we’ll also provide an additional response where we’re promoting a sustainable value or behaviour in that client’s audiences,” said McFaul. “It’s about applying #ChangeTheBrief consistently, and at a scale that has a bigger positive impact than reducing our operational emissions.”

But while initiatives like Change The Brief are certainly having an impact, McFaul says the majority of agencies still don’t consider the impact of their influence, both positive and negative, when tallying up their own carbon contributions.

“What I’m seeing at the moment is that a lot of focus is on their operational footprint, and sometimes on media impact as well,” he said. “But agencies haven’t quite got there yet when it comes to measuring the full impact of their work on the world.”

Correctly calculating the impact of influence certainly isn’t easy. “Say I run a campaign for the next 15-20 years for an airline, and during the course of that campaign the airline makes changes which reduces their own carbon output,” said the Advertising Association’s Matt Bourn. “Can the agency then claim a reduction in their own carbon footprint, when it’s the airline which has made the changes?”

And agencies should be careful to avoid ‘greenwashing’, and giving a false picture of how eco-friendly a brand really is.

Nonetheless, if the advertising industry wants to truly make an impact in combating the climate crisis, it seems reasonable to assume it would be using the industry’s resources and expertise to support its efforts.

“I do think the advertising industry has a huge role to play in changing behaviour,” said Amy Williams. “And honestly it’s partly about fixing a mess that we’ve helped make. We’re the ones that have driven consumption, and consumption is what’s killing the planet. So it’s not acceptable for us to not take responsibility for helping to fix that.”