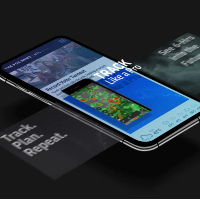 Until very recently, IBM’s Watson Advertising Accelerator has been primarily focused on the display market. The company uses AI for dynamic creative optimisation (DCO), which predicts what type of creative will appeal to a given target audience, and the optimal combination of visual elements to drive engagement.

IBM has been moving further into ad tech in recent years and around the mid-2010’s it was regarded by many as a sleeping giant. These rumours were fueled by a series of notable acquisitions in 2016, including European interactive agencies Aperto and ecx.io, creative shop Resource/Ammirati, and The Weather Company, which reportedly sold for approximately $2 billion. That same year IBM also hired former AOL president and Razorfish CEO, Bob Lord as its chief digital officer.

However, thus far IBM has stuck to what it knows best and the company’s ad tech offering is distinctly AI-focused. In October 2020, IBM announced it was partnering with industry leaders, including Xandr/AT&T, Magnite, Nielsen, MediaMath, LiveRamp and Beeswax to help scale the use of AI across the industry.

Jeremy Hlavacek, chief revenue officer at IBM Watson Advertising, says the company has continued to transition and grow from where they were a few years ago, when they just had one “pillar” of an ad tech company to having built a whole “suite” of products. Acquisitions, like that of the Weather Company in 2016, have helped them get there.

In 2020, IBM launched Watson Advertising Weather Targeting in partnership with Nielsen. It is a suite of triggers designed for marketers to help them make the connection between weather and product sales actionable at scale without the use of third-party cookies or identifiers.

Most recently, the company launched a new product focused on creative optimization for video and CTV advertising.

“When the CTV advertising space is evolving so quickly, you might find that when you sit down to watch the programme that you like, you’re seeing the same ad over and over again, often because there simply aren’t enough new creative units,” said Hlavacek.

“That repetition is a negative for a brand because it can frustrate consumers. So we want to help brands make smarter choices in the CTV space, and get that right frequency and reach in front of consumers,” he added.

Hlavacek said the new product will be broadly similar to how DCO works in display advertising. “At the moment you might have to create a new ad for every single product you want to market, but with the Accelerator, it will ingest the ingredients and the components of the ad. Then Watson actually assembles the ad unit, both on the OTT side and on the display side, and then uses AI to serve those and assemble them accordingly,” Hlavacek said.

“So instead of going to market with, say, three versions, or five versions, or ten versions, we can actually create hundreds, or even thousands of versions. And using AI, it is individually and uniquely created and served, each time the ad appears,” he added.

Hlavacek says the product can offer creative as well as performance insights.

“What comes from our DCO is that the marketer starts to understand the creative process. So which messages, images, backgrounds, taglines, call-to-actions, and headlines are working. All that insight is available on the platform. We can offer our clients that extra layer of insight. The dashboards and insights engine in this product is really valuable because that’s something that the marketer can’t get anywhere else,” he said.

“When we talk to clients now we’re really saying, this is a suite of solutions that work together. We want you to use our data, we want you to use our creative tools. We want to share insights back to you. We’ve come a long way from just having the one kind of conversational ad unit, to now really having a suite of products that can work on a variety of different marketing problems,” he said.

Interestingly, IBM has also been making moves into influencer marketing via Influential, an influencer platform that leverages augmented intelligence from IBM Watson technology, as well as demographic analysis to help chosen influencers amplify the marketing message throughout social media campaigns. “Influencer marketing is a space that’s obviously exploded, which is great. But at the same time, I would say it’s a space that hasn’t really advanced in terms of optimization and measurement. What often happens in the space is there’s some great new idea with influencer marketing, but marketers haven’t really thought about how it fits into the total media plan or how to measure the return on that. So what we do is help marketers understand the ROI of influencer campaigns,”Hlavacek said.