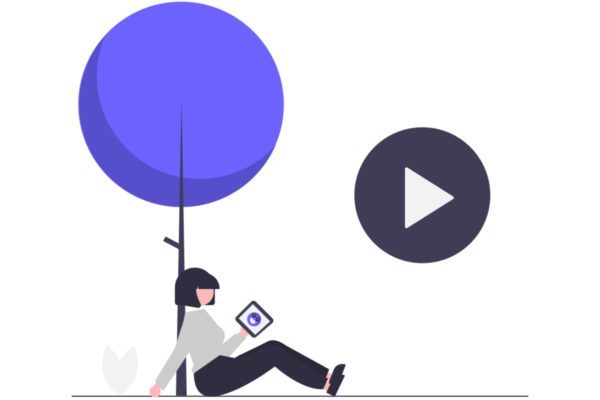 The practice of overlaying banners over video advertising is nothing new. YouTube have been doing it for years, often with some relatively primitive formats. Then in markets like Germany where HbbTV (hybrid broadcast broadband TV)  is strong, digital overlays have been used over broadcast content.

If video advertising has a downside from a user experience perspective, it’s the fact that pre-roll or mid-roll ads take the consumer’s attention away from the content they want to watch. Overlays can be a solution when they’re neatly integrated into the content, but when they’re poorly integrated they can also be intrusive and distracting.

CatapultX, a startup headquartered in New York, have been working to solve that problem with their “on-stream” ad formats. The company’s technology uses AI to serve up contextually relevant ads into the video, but with a bit more creative flair than standard IAB formats (which the company is also capable of serving into video content), so the ads feel like a native integration.

An example might be if a goalkeeper saved a shot during a football match, an advert for Allstate Insurance could appear in the corner with a tagline about being in great hands. The ad appears at the side of the screen, and the AI can detect what’s happening in the content to ensure it doesn’t interrupt the match action.

In the example below, the AI detected that Bud Light is the stadium sponsor, and then decides to serve in an accompanying ad for Bud Light, which nightly ties in with what the viewer is seeing taking place in the stadium.

Zack Rosenberg, CatapultX CEO and co-founder, says that the AI-powered contextual ads focus on “moment-marketing”. A moment could be a high point in sports, such as after a goal or points are scored in a game, or when a particular celebrity comes into view at an awards ceremony, where a brand might have a direct relationship with that particular celebrity.

“We really are centering everything around moments, whether that be actions or events, or sentiment. We really think that moments are what trigger most people’s decisions,” Rosenberg said.

This moment would then trigger a contextually related ad alongside the video. The AI technology is able to detect these moments, allowing a relevant ad to be served.

Rosenberg also said that it helps reduce consumer frustration with interruptive video ads, which he believes can be costly for publishers and advertisers.

“Not interrupting the video is so important, because what we know is that with traditional video ads, 84 percent of people are going to leave as soon as the pre roll starts, 65 percent are going to skip the moment they can, and 25 percent are blocking these ads entirely. In all three of those scenarios, the publishers don’t make a nickel,” Rosenberg said.

“And for the advertisers, you know, they just invested hundreds of thousands of dollars making this ad and trying to get people to see it. And then everybody is running away the moment they can,” he added.

Rosenberg also thinks that if presented with the kind of alternative that CatapultX offers, consumers might learn to become less willing to tolerate ads that interrupt their content.

“Consumers may eventually start rejecting advertisers that interrupt their content, knowing there’s another path,” he said.

Whilst the company isn’t focused solely on sports, CatapultX is already attracting a lot of attention from the sports world, and the formats have proved to be particularly popular with individual teams, leagues and publishers/broadcasters.

“Two months ago, we attended a demo day where 22 startups were present. And then a month later, they had the draft. And like a typical draft, they went through each one of those partners and they got to pick which startups they want to run pilots with. We were the most selected company in the accelerator programmes history. We were selected by 23,” says Rosenberg. “That includes teams from the Bundesliga, Premier League, and La Liga. And then NHL, NBA and NFL teams. And others like DAZN,” he said.

Whilst the formats are impressive when executed well, companies who create custom formats have a history of finding it difficult to scale. Rosenberg said his company have been aware of those challenges from the outset, and have worked on ways to simplify the process.

“We wanted to make things as easy as possible for the advertiser. If we told them that we have to custom create everything or their agencies have to custom create everything, nobody would be interested. So instead, we take existing formats from their DSPs and we convert them into our templates. The templates then use colour match and resize based on the screen size,” Zack Rosenberg says.