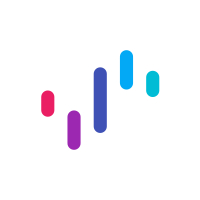 VideoAmp has raised $75 million and hired Paul Ross, former chief financial officer for the Trade Desk, as it eyes a bigger slice of the ad tech pie. The LA-based video ad tech company, which specialises in optimisation and cross-media measurement, said it was on track to double its revenue this year as it announced its new hire and funding.

Paul Ross is a former chief financial officer at The Trade Desk and joins VideoAmp as their new CFO and board member. Ross joined The Trade Desk during the late-startup stage in 2014 and was with the company as they went through their IPO process.

VideoAmp is hoping that hiring Paul Ross can help them emulate, and indeed surpass, that kind of growth. “[Paul Ross] has previously led one of the most successful runs in the history of enterprise software and I look forward to partnering with him to do what is necessary to beat his previous records at VideoAmp,” said CEO of VideoAmp, Ross McCray.

“There are other players in the market but no one has the assets that VideoAmp does. The opportunity to become the modern day advertising currency solution is very real. We’re on to something big here and I’m looking forward to having a lot of fun as it all unfolds,” commented new CFO Paul Ross.

The ad tech company has grown by 700 percent over the past five years. In that time it has made a number of acquisitions, including cross-platform attribution company Specialist Conversion in 2020 and IronGrid Data Services in 2018.

The newest round of financing as well as the appointment of the new CFO signals ambitions for further growth. VideoAmp has secured a total of $50M of non-dilutive debt financing from Capital IP, with the ability to draw up to $25M in further capital.

The funders expressed confidence that VideoAmp’s cross-channel platform would continue to grow in the wake of changing privacy regulations.

“Ross and the team at VideoAmp have built one of the most technologically advanced and effective platforms to measure and optimize linear TV, streaming and digital advertising in the world. We are thrilled to partner with the company going forward as they continue to redefine the cross-channel video advertising industry with innovative, privacy-compliant platforms that deliver critical insights to media owners, advertisers and agencies alike when legacy systems fail to support,” said Aron Dantzig and Riyad Shahjahan, both partners at Capital IP in a joint statement.

This new round of funding is not VideoAmp’s first. In 2019, VideoAmp raised $70 million in funding led by investment bank the Raine Group. In 2017, they raised $21.4 million in Series B funding, led by media-buying software vendor Mediaocean.

Prior to this latest round of financing led by Capital IP, VideoAmp had raised a total of $107 million. The company expects to double its revenue this year, but did not release how much revenue it made in 2020. However, the company is reportedly targeting $80 million in revenue in 2021.