How Victor Orbán is Using Advertising, Regulation and Buyouts to Control Hungary’s Media

How Victor Orbán is Using Advertising, Regulation and Buyouts to Control Hungary’s Media 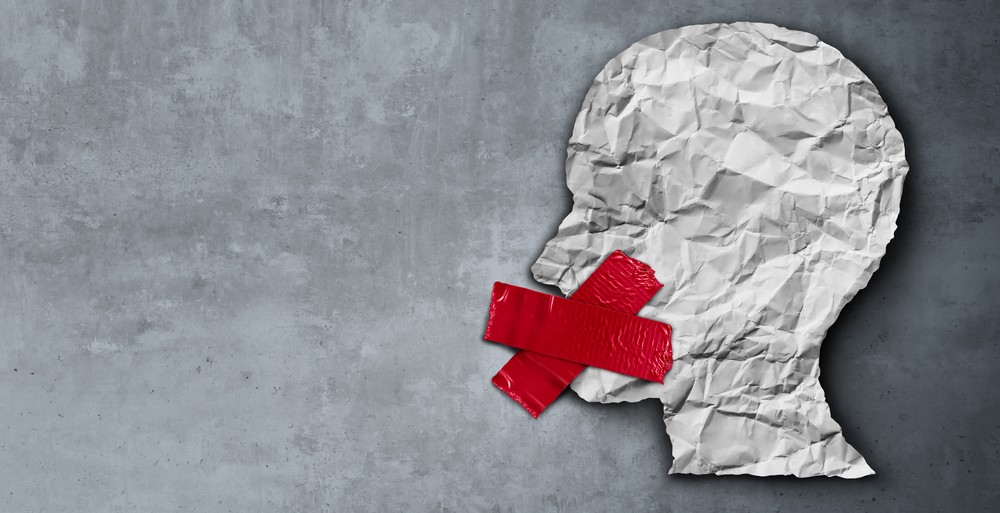 The day-to-day topics that occupy our industry are often quite niche and technical – whether that’s the impact of the death of third-party cookies, transparency in the programmatic ecosystem, or the ins and outs of conversion measurement.

But all these things play into a wider story – helping to fund a free and open press, a vital component of any functioning democracy.

In some countries however, governments or private interests have been using the advertising market, as well as a number of other levers, to bring the media to heel. By starving media businesses of resources, they’re able to control the types of stories the news media publishes. This process is known as ‘media capture’, a topic explored recently on the VideoWeek podcast.

Media capture isn’t something confined to far-flung states in developing economies. It’s taking place right here in Europe, in countries where many of our readers will work in, do business in and take weekend city-breaks.

In this three-part series, we’ll be looking at three different markets – Hungary, Poland and Slovakia – where media capture is taking place. All had a relatively free press until very recently.

This first part will focus on Hungary, which appears to have inspired the government in Poland to go down a similar path.

In the 2021 World Press Freedom Index, Hungary ranked 92nd in the world, the worst of any EU member state. In 2010 the country ranked 23rd, just three places behind the US and four behind the UK.

Independent media in Hungary has been under pressure for a decade, and last year Klubrádió, an independent radio station and one of the few remaining media outlets critical of the government, had its broadcasting license completely revoked. But how did Hungary get to this point?

A ‘systematic dismantling of media independence’

Independent Hungarian media’s woes have been subjected to a concerted crackdown on press independence from Prime Minister Viktor Orbán since the start of his second term in office in 2010.

Last year, a joint report from a number of independent groups including the International Press Institute, the Europen Federation of Journalists, Article 19, and Reporters Without Borders, summarised Orbán’s methods.

“Since 2010, the Hungarian government has systematically dismantled media independence, freedom and pluralism, distorted the media market and divided the journalistic community in the country, achieving a degree of media control unprecedented in an EU member state,” the report said.

“While avoiding the physical violence or the jailing of journalists common in autocratic regimes elsewhere, the Hungarian government has pursued a clear strategy to silence the critical press through deliberate manipulation of the media market – engineering the forcible closure or effective government takeover of once-independent media – and through the delegitimization of journalists,” it added.

The crackdown started shortly after Orbán’s Fidesz party returned to power in 2010.

The government, with an overwhelming majority in parliament, was able to pass a new media law which came into force on January 1st, 2011. This law established a new media regulator, the National Media and Infocommunications Authority (NMIA), and gave it sweeping powers to fine media companies whose news coverage was deemed to be unbalanced or immoral.

The law also established a Media Council within the NMIA, which has powers over handing out broadcasting licenses, and can strike down media mergers. Seats on this council have solely been given to supporters of the ruling Fidesz party.

The laws faced opposition from national media organisations at the time. National newspaper Népszava ran a completely blank front page in protest to the law. And presenters on state-run radio stations criticised the laws on air, though they were promptly fired.

At the same time, Orbán began transforming state-owned media companies into government mouthpieces. Within a year of his election, Orbán had successfully removed a number of journalists and editorial staff from public media.

One such case was Attila Mong, an anchor for state radio station Kossuth Rádió. In 2010, Mong protested the government’s media law with one minute of silence on-air. Mong was reprimanded by his employers and taken off-duty until his contract expired the next year.

Another case came a year later MTV, a state broadcaster. Five demonstrators, including two MTV journalists, participated in a hunger strike protesting editorial interference at the TV station. The strike was prompted after an MTV news report blurred out the face of Zoltan Lomnici, a former Supreme Court chief justice who had fallen out with Orbán. The protestors said the blurring out was an intentional move designed to make Lomnici look like a criminal, and demanded that all the editors responsible were fired.

But instead of listening to the concerns of the two journalists, Balazs Nagy Navarro and Aranka Szavuly, MTV fired them instead.

A shift to financial control

With public media companies brought to heel, Orbán and his allies began looking to exert influence over independent media outlets.

The government quickly began attempting to use the Media Council’s powers to take down opposing media companies, though at first this strategy faced challenges. In 2011, the Media Council tried to block the renewal of  Klubrádió’s broadcasting license. But court rulings went against the government, and thousands of protesters took to the streets of Budapest to oppose the Media Council’s efforts. US Secretary of State Hillary Clinton even wrote a letter to Orbán, prompted by the loss attack against Klubrádió, questioning Hungary’s media laws. Eventually, the Media Council backed down and renewed the station’s license.

But the council did manage to shut down local stations affiliated with Klubrádió. Lokomotiv Radio, an affiliate in the city of Debrecen, was shut down in 2014, reportedly for failing to pay for its frequency.

As the years progressed, Orbán and his allies increasingly used financial means to control the media.

Thanks to the extent of state ownership of business in Hungary, the government has control of vast swathes of ad spend. The European Federation of Journalists says that state advertising has been “weaponized” to fund pro-government media and starve independent outlets.

Sometimes the financial manipulation was even more direct. Orbán’s allies began buying out independent media companies, and then either firing and replacing their staff, or shutting them down entirely while citing financial struggles.

One victim of this strategy was Nepszabadsag, which was Hungary’s leading oppositional daily newspaper at the time.

In 2014 Nepszabadsag was acquired by Mediaworks, a right-wing media conglomerate widely seen as sympathetic to Orbán. Then on the morning of October 8th 2016, Nepsabadsag’s journalists found themselves barred from their office and unable to access their email accounts with no prior warning. Nepsabadsag’s website was taken down, replaced with an emergency press release stating that the paper was temporarily suspended while it searched for a new business model. Nepsabadsag, which had been in circulation since 1956, never published another story.

This strategy came to a head in 2018 with the establishment of KESMA, a media holding group. KESMA brought together hundreds of pro-Orbán media outlets which had been either established or bought out by Orbán’s allies in the previous years, concentrating the vast majority of Hungary’s media into one organisation.

While usually such a move would have been blocked by competition regulation, Orbán exempted KESMA from these rules via a national decree.

“There was really a vibrant media scene in Hungary not that long ago, with hundreds of independent news companies,” said Majka Nemcova, chief operating officer at MDIF, a fund which invests in independent media. “But now thanks to this strategy from Orbán, pretty much all independent media outlets outside of Budapest and a couple of major cities are totally gone.”

The establishment of KESMA allowed Orbán to more efficiently use the advertising market to throttle independent media. The majority of ad revenues from state-owned businesses are funnelled into KESMA-owned outlets, making it hard for independent companies to remain financially viable.

“In 2018, for instance, the pro-government broadcaster TV2 received 67 percent of state advertising in the television sector, while the independent RTL Klub, of similar reach, received just 1 percent,” said the European Federation of Journalists in a statement. “This imbalance is reflected across all sectors.”

This has been even more devastating for independent media during the pandemic, as ad revenues were hit on an additional front.

Ágnes Urbán, a media analyst at Hungarian media watchdog Mérték Media Monitor described the impact. “The crisis is going to leave many households in a position of major financial distress and uncertainty, thereby reducing their budgets for media consumption”, she said. “This could jeopardize the operations of the few remaining independent newsrooms rather quickly.”

On top of this, in the past year the government has managed to effectively neuter two of its largest media opponents.

While this didn’t formally give Vaszily or Orbán direct control over Index’s output, Vaszily quickly made his presence known. Shortly after the buyout Index’s editor-in-chief Szabolcs Dull, a prominent Orbán critic, was fired. As a result, three senior editors and 70 staff at Index left the company, citing “clear interference” in Index’s editorial output.

While Index is still an independent company, an editorial released by the paper questioned its ability to continue to produce independent content.

“For years, we’ve been saying that there are two conditions for the independent operation of Index: that there be no external influence on the content we publish or the structure and composition of our staff,” said the editorial. “Firing Szabolcs Dull has violated our second condition. His dismissal is a clear interference in the composition of our staff,  and we cannot regard it any other way but as an overt attempt to apply pressure on Index.hu.”

A second major blow came shortly after, when the Media Council successfully blocked a renewal of Klubrádió’s license, finally forcing the station off-air after years of resistance. This decision was contested in courts, but this time the courts ruled in the government’s favour.

Prior to its closure, the National Association of Hungarian Journalists issued a statement describing Klubrádió as “the only remaining … public service broadcaster in Hungary whose content is not under government influence.”

Marius Dragomir, director of the Center for Media, Data, and Society at Central European University, said that the reasons for this decision was clearly political. “The council did not bother to offer corroboration for its claims that Klubradio repeatedly violated media laws, nor did anyone expect it to,” he said. “The episode is merely the latest instalment in the Hungarian government’s long-running campaign against independent media.”

An uphill battle to restore independence

Despite all of the above, there are still vestiges of independent media in Hungary.

And Marius Dragomir said that while fighting media capture in Hungary is an “uphill battle”, there are some possible solutions. “One is to reform how public media are funded; however, this is perhaps the most difficult approach, because it targets the central mechanism by which autocrats themselves tend to control the media,” he said.

“Another option is to increase reliance on funding from other donors, be they private foundations, entrepreneurs, or philanthropies – many of which already support independent media,” he added. “And finally, with their disproportionate influence over the current media ecosystem, today’s tech giants could be pressured to elevate, protect, or otherwise privilege independent journalism on their platforms.”