BT Sport is On the Block: A Look at the Likely Suitors

BT Sport is On the Block: A Look at the Likely Suitors 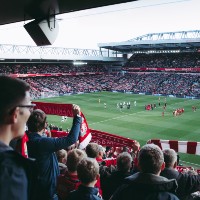 UK telecoms provider BT confirmed a few weeks ago that it has started talks with potential buyers for BT Sport, its sports media business.

BT Sport launched in 2013 to challenge Sky, whose sports packages succeeded in attracting pay TV subscribers who were willing to pay a premium for access to sports. Whilst the investment in BT Sports clearly hasn’t delivered the kind of results BT might have once hoped for, it is nonetheless an attractive asset. BT has built an impressive portfolio of sports rights, including rights for the English Premier League, the Champions League, Premiership Rugby, UFC and MotoGP.

Part of the reason BT might want to offload BT Sports is the escalating prices for sports rights, particularly for the Premier League, which has eaten up resources and produced an overall loss for BT, according to Enders Analysis, a UK-based media research firm. Now, with BT looking to focus more on its core telecoms offering, the company is bowing out of the sports broadcasting space.

For the right buyer, BT Sports could be an attractive business, particularly for those wanting to compete for English football. BT provides easy access to Premier League rights at a time when the Premier League is reportedly hoping to roll over its existing rights deals with Sky, BT Sport and Amazon until 2025.

Although talks are ongoing, reports from the FT and the Telegraph suggest that Amazon, DAZN, ITV and Disney are the most likely candidates. Here’s the business case for each potential buyer:

Amazon has been steadily building out its sports rights portfolio over the years. There have been questions during that time about how committed Amazon really is to live sports. But recent moves in the US suggest the ecommerce giant has big ambitions for live sports as the company bought exclusive rights to Thursday Night Football games for ten years.

In the UK, Amazon has already dipped its toes in the waters with Premier League rights, buying very small packages for the past two seasons. A BT Sport acquisition would instantly propel Amazon to being the second major force in English football rather than a bit-part player.

But the flip side is that Amazon has already spent money developing its own football streaming capabilities, developing tech and hiring talent for its Premier League coverage. There would likely be a duplication of resources if Amazon were to buy BT sport. And Amazon so far seems to have opted for a slow and steady approach to football rights – it would be a significant change of tactics for Amazon to buy one of the major players.

BT’s rugby rights however could be particularly interesting to Amazon. Amazon made its first move into Rugby Union last year, buying the rights for the Autumn Nations Cup, a tournament hastily put together in place of the usual autumn internationals.

And Amazon has spoken frequently about further investments into rugby union. The tech giant was reported to have thrown its hat into the right for Premiership Rugby last December, and is rumoured to be lining up a bid for the international Six Nations tournament too, according to SportsProMedia.

DAZN, despite being headquartered in the UK, only launched in its home market last December. But the streaming service has spoken openly about its ambitions to become a major player in live sports in the UK.

In overseas markets, particularly the US, DAZN has established itself as a combat sports specialist, picking up rights for major boxing and MMA fights to help grow its subscriber base before branching out into other sports.

The company has already started down that path in the UK, signing deals with Matchroom Boxing and Golden Boy, two of the world’s biggest promoters. Buying BT Sport would further strengthen DAZN’s hand, given BT’s deal with boxing promoter Frank Warren. If DAZN bought BT Sport, it would quickly be set up as the UK’s leader in boxing.

BT Sport also currently holds the rights to MMA competition UFC, another favourite of DAZN in other markets. It seems likely that DAZN will compete for the UFC in the UK sooner or later, so buying BT Sport would be one way to accelerate those efforts.

And BT Sport’s Premier League rights would be a major selling point for DAZN too.

In Germany and Italy, DAZN holds rights to the top flight domestic football league. And DAZN chairman Kevin Mayer has previously said he sees Premier League rights as crucial for gaining a foothold in the UK market.

In two of the sports where BT is strongest – football and rugby union – ITV already holds major rights for international tournaments – the FIFA World Cup and UEFA European Championship in football, and the Rugby World Cup and Six Nations tournaments in Rugby Union. And ITV for many years broadcast the Champions League, losing the rights to BT in 2013.

So there’s no question that ITV is interested in football and rugby union. And some of BT Sport’s smaller assets would align nicely with ITV’s too. For example BT holds a number of motorsports rights packages, an area where ITV has significant investments.

But historically ITV has struggled when it’s come to monetising premier sports rights.

In 2001 the broadcaster ran a short lived sports channel on its ITV Digital network which hosted Champions League games and ATP Masters Series tennis, but this folded after one year. In the same year ITV experimented with pay-per-view Premier League Football via another channel called ITV Sports Select, which also promptly folded. And in 2017, it had another crack at pay-per-view with ITV Box Office, this time focusing on boxing and professional wrestling. This channel closed down last year.

And the question with ITV is always whether it would be able to compete financially with the likes of Sky and Amazon when it comes to future rights auctions for the Premier League and Champions League.

Of all the companies reported to be in the running for BT Sport, Disney in some ways looks like the biggest outsider. Its current portfolio of UK sports rights is minimal, limited mostly to US college sports via its ESPN Player.

But sports is a major part of Disney’s strategy in the US, through its majority ownership of ESPN. And Bob Iger, chairman and former CEO of Disney, has spoken about its sports streaming service ESPN+ as one of three major pillars in its streaming strategy, alongside Disney+ and Hulu.

Buying BT Sport would instantly give Disney a major stake in the UK live sports market, and allow Disney to roll out a major direct-to-consumer sports streaming product to complement Disney+.

Whether Disney would actually want to make such a move isn’t clear. Disney’s EMEA president Jan Koeppen said at a Disney+ press conference earlier this year that live sports isn’t a priority for Disney in Europe, and that the business wouldn’t be looking to compete for Premier League rights.

Despite this, Disney was rumoured to be one of the companies interested in broadcasting rights for the ill-fated European Super League at the end of last month. And since BT Sport would provide an easy and quick way into UK live sports, Disney might be tempted by the one-off opportunity.