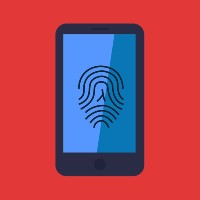 It’s now been ten days since Apple started enforcing new restrictions on its Identifier for Advertisers (IDFA), forcing apps to explicitly ask for permission from each user in order to be able to access their device ID. VideoWeek has gathered together some of the early results on opt-in rates, but they paint a mixed picture, with we spoke to reporting rates that ranged between four and 38 percent.

One of the key unknowns around Apple’s new restrictions has been the extent to which Apple users would consent to handing out their ad ID. Will the vast majority of iPhone users now become impossible to track between apps, or will audiences happily opt-in to IDFA, in which case it would be business as usual for mobile advertisers and publishers?

Flurry Analytics, Verizon Media’s analytics division, has seen exceptionally low figures. Globally, the proportion of users who opt-in to tracking has stayed between 11-13 percent. However, these rates drop significantly when you only look at the US, where just two percent of users were opting in on April 26th, which rose to four percent on May 4th.

AdColony, a mobile video ad network, saw the highest opt-in rates, and 38 percent for all impressions available via their platform contained an IDFA. Liz Waldeck, VP of business development and supply for North America and Europe at AdColony, said the true opt-in rate is actually likely to be even higher, as apps which haven’t been updated to ask for IDFA permission are automatically denied access. As these apps are updated on user’s devices, the proportion of impressions containing an IDFA would be expected to rise further.

Mobile attribution specialist AppsFlyer saw very similar figures and has been seeing an average global opt-in rate of about 37 percent since Apple implemented the restrictions.

However, AppsFlyer’s data shows significant differences between different markets and categories of apps. For example, the opt-in rate for social apps is just 18 percent, compared to 43 percent for shopping apps. And of all the national markets AppsFlyer monitored, the US had the lowest opt-in rate at 29 percent, while Brazilians were happier to share their data at 51 percent.

There are a few things worth noting when interpreting these results.

Firstly, even though Apple has been enforcing the new restrictions for over a week now, it’s still very early days. The restrictions are only applied on a device once it’s updated to the latest version of Apple’s operating system, iOS 14.5. And users tend to be quite slow to apply software updates.

Remerge, a mobile programmatic platform, said that by the end of last week, only around five percent of iPhone ad impressions were coming from phones running on iOS 14.5 – with the rest running on older versions of the software. Data from Verizon Media’s Flurry shows that with previous updates, it often takes around a month for at least half of all users to update their devices.

However, even when you factor these things in, they don’t fully explain the wide discrepancy in results we’ve seen.

One contributing factor might be that some app publishers have been more active in preparing their users for the IDFA changes. AdColony’s Waldeck attributed the high opt-in rate she’s seeing to “the job our publishing partners have done in communicating the benefits of a personalized ad experience to their users via their opt-in messaging”.

How are buyers reacting?

Despite the significance of the changes, those on the buy-side that VideoWeek spoke with said that brands hadn’t been reducing mobile spend in the run up to the introduction of iOS 14.5, but were instead waiting to see the impact once it went live.

Sophie Martell, head of social at media agency the7stars, said that in the days immediately after the release, clients hadn’t yet been changing their behaviour. “Everyone is really just waiting to see what happens and to see the opt-out rate,” she said. “In the longer term we expect that conversion budgets potentially will be reduced, but mobile branding budgets will go up over time.”

Kudzai Mubaiwa, head of performance media at Spark Foundry, a Publicis-owned media agency, similarly said that she’s been focussed on helping brands understand and prepare for the change, rather than advising them to adjust their budgets. For example one priority has been educating clients on Apple’s SKAdNetwork, an IDFA-free tool for attribution.

Now that iOS 14.5 is live however, Mubaiwa said her team is closely monitoring the data as it comes in.

“As performance marketers, we want to be on top of the numbers all the time,” said Mubaiwa. “So our day-to-day buying and activation teams will be monitoring those numbers very closely. But at the same time some of our clients have such a lot of data that runs across campaigns, and you don’t want to make overly rash decisions.”

“So it’s a balancing act,” she added. “Our teams are looking at the numbers and monitoring how things like audience pools and CPMs are changing. Then to be able to give advice to our clients, we need to be able to identify trends, but to do that quickly and in an agile way.”