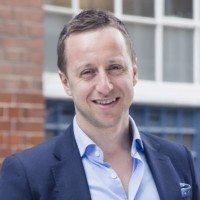 As a wider range of brands are exploring advertising in the gaming space and the budgets dedicated to gaming are growing, we’ve seen several of the major agency groups carve out new specialist gaming divisions to capitalise on the opportunity. Just in the last half year, Publicis Groupe launched Publicis Play, Omnicom launched DDB FTW, and Dentsu launched DGame, each dedicated specifically to the gaming space.

In April, WPP-owned media agency MediaCom was the latest to join the fray, with the launch of MediaCom Play.

Misha Sher, global vice president of sport and entertainment at MediaCom, said that while MediaCom has worked in the gaming space for years, it’s become apparent that the sector is too big to be lumped under the ‘entertainment’ category.

“Gaming has become normalised for advertisers in many ways over the past 12-18 month,” he said. “So while it used to be just certain types of clients who were interested in gaming, now in a very short space of time we’ve seen it become an area which is of interest to most of our clients.”

“We realised that besides media penetration and production value and all those sorts of things, what clients want today more than anything else is to be more culturally relevant,” he said. “So we’ve been looking at the biggest cultural drivers today – sports and entertainment is one, as are branded entertainment and influencer marketing. But we felt that gaming itself is so big now that it shouldn’t sit under a bigger division, it needs to be a separate focus with strong leadership, and to be something that we really build out over the coming years.”

“Now you have music artists who are turning up and dropping tracks in video games, and fashion brands designing clothes for gaming environments,” he said. “So it’s not just about putting billboards for a brand into a game, it’s about crossovers between the real world and the virtual world. Those types of multifaceted collaborations between different mediums are what’s most exciting to me.”

Another big opportunity MediaCom Play is eyeing up is closely linked to one of gaming’s biggest issues for advertisers.

That potential for gaming companies to close the loop on attribution, in the same way a company like Amazon can, could propel games from one of the less measurable mediums to one of the most measurable.

Exploring the World Beyond Twitch

While these sorts of complex game integrations are some of the most exciting opportunities for MediaCom Play, Sher says the agency will work with all sorts of clients to help them understand the area, not just those willing to fork out for those high profile campaigns.

“We’ve got quite a few clients who are either smaller brands, or just bigger brands who aren’t ready to spend massive budgets in gaming,” he explained. “And what we want to do for those brands is demystify the space and take the element of risk out of the equation.”

“For those sorts of brands, there are lots of ways to test and learn in the gaming environment without committing massive budgets,” he said. “They might want to do some work with a few influencers or with a particular event, where it’s more about dipping their toes in the space without necessarily generating massive results. And one of the things that’s great about gaming is there are so many different ways to get involved – you don’t have to start off by sponsoring League of Legends, you can start off much smaller than that.”

That said, Sher is keen to help more advertisers explore the gaming space beyond the easier entry points, like Amazon-owned live streaming platform Twitch. MediaCom Play will work across any areas of gaming relevant to advertisers – whether that’s gaming-related media, esports, in-game advertising, or gaming influencers. And Sher says that while Twitch is certainly valuable, it’s not necessarily the most appropriate avenue for every brand.

“Twitch is low risk, and it’s not too far removed from what brands are used to in traditional media buying environments,” Sher said. “But there are so many different ways to get involved in gaming beyond that. For some clients that might mean working with different publishers, for others it might mean working on a bigger and more fleshed-out partnership with Twitch. And then for others still it might be about influencers, or esports, or in-game advertising.”

“So like I say, our mission is to demystify a very confusing space, and make sure advertisers are investing in the right areas,” he added. “Like the rest of MediaCom, we’re very insights and data driven. So we start with a brand and their audience, and then if we can overlay that over the gaming ecosystem, we’ll know exactly where that brand needs to play.”