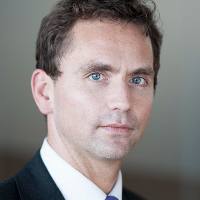 Netflix’s Q1 results disappointed investors, mainly because of their comments on subscriber numbers. Below are some thoughts below on what they said and the implications.

(1) Netflix is still a stock where sentiment is driven very much by subscriber numbers, and not the financials, hence why – even with a revenue beat and a healthy 27% operating margin – its results disappointed. Q1 net additions were 4m vs a 6m guidance target and market expectations of approximately 6.3m. While quarterly numbers can fluctuate, the fact Netflix guided to a weaker than expected Q2 net additions target (1m vs 4.4m market expectations) fuelled the disappointment. The main blame for this has been attributed to the pull forward of subscribers than the effect of more competition. 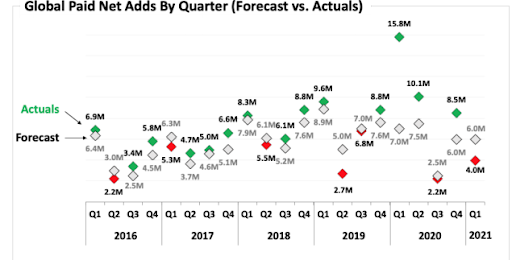 (2) An interesting side comment here was that churn was also down. So the miss on estimates is being fuelled by Netflix pulling in fewer new customers in than existing customers leaving. In one way, this is reassuring because it suggests stickiness with the product and that the price increases do not seem to have driven dissatisfaction (although note (1) we do not know what the churn rates are nor how much they fell and (2) Netflix’s own targets on churn and whether these were met or not). However, the flip side is that it suggests that the pool of new subscribers is drying out. Moreover, it also undermines Netflix’s argument that the return of existing shows will drive a strong 2H in net adds – that argument is strongest when there is a pool of customers who were once customers but who left and which you can exploit. That may not be the case here.

(3) ARPU picked up helped by price increases in North America and selected European markets (see below) but the company is obviously still grappling with the best pricing structure, as evidenced by the questions in Q%A and it seems clear that they have not worked things out properly, with experimentation still the order of the day. 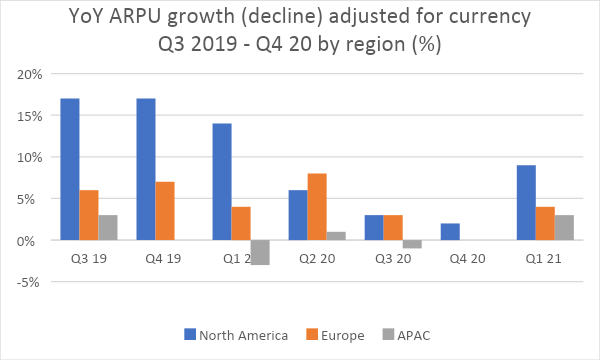 (4) I thought their comments on linear TV were interesting. While the headline comment of “in the long-term, the rise of streaming to replace linear TV around the world is the clear trend in entertainment” grabs the attention, the comments were more nuanced later on in the letter where they said that linear TV will “slowly” give way to streaming. That point was reinforced when Netflix stated it is less than 10% of TV screen time in the US and even smaller in other regions (and even less when mobile is taken into account). The idea that streaming is going to wipe away linear TV swiftly, as believed by many particularly in the media space, is not necessarily held by the streaming companies themselves. The fact that Netflix’s release of data on viewing is limited also complicates the picture.

(5) There was also an interesting comment in the Q&A when Netflix was asked about the potential for revenue growth, and where they referenced the billions earned by Facebook and YouTube. The latter of two are, of course, overwhelmingly advertising funded. Netflix has ruled out a move into TV advertising but the question is whether that continues, especially given this answer and the references made to linear TV. The answer is they probably can’t do that now because they do not have a sufficient base but it does suggest “never say never” (it also suggests they may think there is an opportunity to pick up digital ad dollars).

(6) Non-English language content is set to become more important. That makes sense as (1) it helps to grow the base in markets such as South Korea and Japan, (2) these shows can become big global hits (e.g. “Lupin”) and reinforce other markets and (3) they are – probably – cheaper to purchase than in markets such as the UK and US. Films are another area where Netflix is set to expand although it looks like there may be a dual approach i.e. use it to boost subscriber numbers but also distribute through cinemas.

(7) Their comments on gaming also attracted attention. Netflix said in the Q&A they were “trying to figure out all of the different ways that [they] can increase those points of connection… and games is a really interesting component of that.” It is an area they have experimented in and clearly want to grow. However, gaming is an area where – if one wants to become a big player – it is hard to grow organically. Netflix certainly has the balance sheet capability to make acquisitions if it so wanted.

(8) The essential issue for Netflix still remains – not only has the streaming space become more competitive but there is a double whammy effect because many of Netflix’s competitors are or have withdrawn content from Netflix to support their own streaming services, a position which is not going to get better and which also partly explains Netflix’s greater move into content overall and non-English Language content. This is unlikely to change, in fact, it is likely to intensify. There is also the issue of how many subscriptions a household will take. The key will be the 2H subscriber performance – if that disappoints and doesn’t deliver strong growth, then Netflix’s comments that it is not being impacted by streaming competition will start to grow hollow.