Even prior to the pandemic, adland’s ‘big six’ holding groups (WPP, Omnicom, Publicis Groupe, Interpublic Group, Dentsu, and Havas) were facing something of an existential crisis. Each has been in a state of steady decline (at least in terms of their valuation) as the traditional holding group model has come under threat.

Each is now seeking to reinvent itself, through streamlining their offerings and investing more in data capabilities.

But at the same time, a new breed of holding groups (though they don’t all embrace this label) are nipping at the big six’s heels. While the big six saw revenues drop during the pandemic, these challengers continued to grow. And they believe their models, focused less on scale, and more on agility, speed, and data, cater better to the modern CMO.

Here are the businesses vying for a seat at adland’s top table. 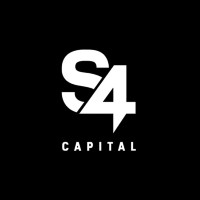 Undoubtedly the best known of the companies on this list thanks in large part to the star power of executive chairman Sir Martin Sorrell, who set out to build a new model for ad agencies after his departure from WPP in 2018.

S4 quickly added digital creative production business MediaMonks and programmatic specialist MightHive to its roster. Since then, the business has been on a spending spree, with a focus on acquiring companies in new markets to help expand its global footprint. New acquisitions are generally either folded into MightyHive or MediaMonks, in line with S4’s ‘unitary structure’.

And this spending has helped S4 achieve rapid growth. It’s revenues last year were up 60 percent from 2019, it’s first full year in operation. And the company’s share price has multiplied by five since the start of 2019, taking it to a valuation of over £3 billion. 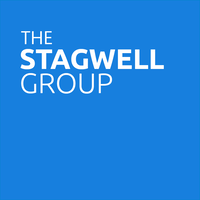 Penn sought to avoid acquiring agencies and practices which compete with each other, and wanted to make sure those managing Stagwell’s investments were familiar with the advertising, data analysis, and programmatic worlds they were investing in.

Its earliest investments were creative agency Code and Theory, research firm NRG, and PR business SKDK. In the years since, Stagwell has continued to bring in new firms covering these areas.

And like S4, Stagwell positions itself as a digital-first group. It emphasises the role of data and insights, obtained through its research arms like NRG, in all aspects of its business.

Five years down the line, the group believes this strategy is paying off. In its most recent financial statement, Stagwell reported 67 percent year-on-year revenue growth in Q4, despite the pandemic. And Stagwell partner Jay Leveton attributed this success to how Stagwell has “avoided the alphabet soup issue of having too many overlapping brands and the myriad reporting units currently plaguing the legacy holding companies”.

Last year, Stagwell achieved a major win in its efforts to take on the holding groups, announcing a merger with fellow holding group MDC Partners – whose holdings include 72andSunny, Anomaly, and over 45 other businesses. Combined, the companies believe they can reach $3 billion in annual revenues by 2025.

This merger is expected to be completed later this year. 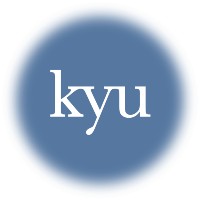 Kyu, which sits within Japanese holding group Hakuhodo DY Group, launched in 2014 to expand Hakuhodo’s presence outside its domestic Japanese market. Michael Birkin, a former Omnicom vice chairman, was brought in to build the new group from scratch.

Kyu describes itself as a “collective” rather than a holding group, which Birkin says reflects the fact that Kyu isn’t pitching itself based on scale, and that there is no hierarchical structure within Kyu.

Like others on this list, Kyu says it wants to avoid having too much overlap between its holdings, and has maintained a slimline roster of just ten businesses. These cover areas including creative production (Sid Lee), media buying (Kepler Group), design (Ideo) and communications (Godfrey Dadich).

Birkin says Kyu picks its acquisitions based on them having some sort of wider social purpose, and pulls together its firms to collaborate on wider social issues (its project The Powerful Now, for example, pulled together its own brands and stakeholders to tackle attitudes towards ageing).

Kyu has remained fairly small for the time being, rather than seeking rapid growth akin to S4 and Stagwell, but has been steadily broadening its scope. Kepler Media’s acquisition of UK-based Infectious Media and Kyu’s addition of London-based Pubic Digital to its roster last year substantially expanded its UK presence. 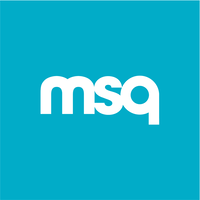 MSQ Partners was launched in 2011 by Peter Reid, former Media Square CEO, and has since expanded beyond the UK to cover America, Shanghai, Singapore, and France.

Again steering clear of the holding group label, MSQ Partners describes itself as a “joined-up community” of agencies. And being “joined-up” is core to MSQ’s proposition. The group says its aim is to “remove the traditional boundaries that hinder so many agency groups”, drawing talents from its various agencies to work on different client projects.

But MSQ has also sought to differentiate itself from its fellow challengers to the big six. Jamie Elliot, CEO of MSQ-owned creative agency The Gate, says that “every marketing business is offering a variant of ‘faster, better, cheaper’ right now,” a nod to S4’s mantra. MSQ says it wants to draw on data from a wider range of sources, and digital technologies, to set itself apart from competitors.

MSQ already has capabilities in creative production (The Gate), media (Walk-in-Media), PR (Smarts), and research (Freemavens). And following an injection of cash from private equity group LDC last year, MSQ says it hopes to accelerate its expansion, both through new acquisitions and growth into new markets. The first fruits of this was its acquisition of Be Heard Partnership, an agency group covering digital media, data insights and digital transformation.