Why Europe is at the Heart of the Ad Tech Boom

Why Europe is at the Heart of the Ad Tech Boom 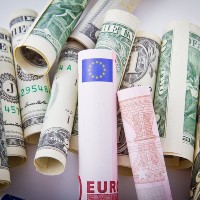 It feels like every other day there’s another story about an ad tech company completing a funding round, preparing for an IPO, or being acquired for a bumper price. After a few lean years during which a pessimistic cloud hung over the industry, the ad tech party is now back in full swing.

However, what’s notable about the current ad tech boom is the success we’re seeing from European ad tech in particular.

In part, this is due to the interest in the identity space, driven by Google’s decision to kill off third-party cookies in Chrome and Apple’s restriction on its IDFA identifier.

The European Union’s privacy push encouraged the development of identity solutions in Europe before Apple and Google started cracking down on identifiers.

European companies like ID5, InfoSum, and Zeotap were already working to help the ad industry adapt to GDPR, meaning they had a head start over US counterparts when Google and Apple started restricting identifiers.

This has countered the usual narrative that the EU’s relatively tight regulations over privacy and the internet in general stifles innovation. In this case, regulation has actually created the conditions for companies to be created that are ahead of the curve.

Pandemic has levelled the playing field

Eric Franchi, partner at MathCapital, a US ad-tech focussed venture capital firm, says the pandemic has lowered the barriers between the US and EU, making geography less of a factor when considering investments in ad tech,

“Prior to 2020, I would have said geography was a significant factor, and that proximity to customers for an ad tech or martech company really mattered” said Franchi. “But then COVID hit and forced us to reevaluate how business works. Everyone is forced to make decisions remotely via Zoom, whether that’s vetting external providers or coordinating decisions within their teams. It levelled the playing field.”

“How that changes once things start to open up again is worth keeping an eye on,” Franchi added. “But I think it’s certainly been a factor over the past year.”

Kevin Flood, CEO of native advertising server PowerLinks and a partner in FirstPartyCapital, said that having a US office will be less of a requirement post-COVID. “People are now comfortable with taking remote video meetings and making buying decisions without face to face contact. This will give EU companies a chance to win some early market share before committing to full-blown US investment.”

This lowers the barriers to expansion for EU start-ups. Previously, the size of the opportunity for European ad tech companies was seen as more constrained, due to the smaller size of the European market.

The pandemic has also made a lot of capital available for start-ups and early stage companies.

In response to the pandemic, governments across Europe have released a number of grants to help fuel business. “Companies can extend their runway significantly through COVID related debt programmes with very attractive terms, as well as national and European-wide R&D grants,” said FirstPartyCapital’s Ashton. “One of our portfolio expects to receive a $300k loan from the Danish government as well as $500k-$1M in research grants over the next few years.”

And those VideoWeek spoke with said that investors attitudes towards European ad tech companies are shifting, making fundraising easier.

Michael Schultheiss said that European businesses are increasingly likely to look to work specifically with European tech outfits, rather than their larger US counterparts. “Potential clients are tired of being dependent on someone from the US,” he said. “Even if they have European support, US companies usually concentrate development in the US.”

“We are seeing some crazy multiples at the moment in venture deals, M&A and the public markets, but this doesn’t necessarily help founders at the earlier stage,” said Ashton. “It is tempting to try and raise at the highest valuation possible but this can put you under an enormous amount of pressure to hit targets, and ultimately might make an exit difficult to achieve if you are priced too high. Most companies exit via trade sales that are sub $100M.”

And Franchi added that the success we’ve seen from European’s identity specialists has something of a halo effect.

“It’s a flywheel,” he said. “More successful fundings begets more companies, because founders see their peers getting funded. So we’ll see more successful exits, which again begets more funding because investors are that much more confident. In 2020, we saw that flywheel really get going.”

US expansion continues to be challenging

All of these factors, combined with the global trends moving in ad tech’s favour, such as cheap loans and more room for innovation thanks to disruption from regulation and cookie changes, are helping to drive Europe’s ad tech boom.

But that’s not to say there aren’t still hurdles for European ad tech to overcome.

While confidence in ad tech is on the up, there’s still a lot of scepticism and uncertainty. “It’s usually hard to find lead investors willing to take over a major chunk in a target company in Europe, especially at an early stage,” said Michael Schultheiss. “The investor climate is not really open for risks.”

FirstPartyCapital’s Rich Ashton agrees. “Despite the general abundance of capital, ad tech is still ignored by most investors.” he said. “Quite a few people in the venture industry had serious doubts when we said we were launching a fund focussed primarily on ad tech.”

Ashton says that prior to his own fund, Europe lacked investment funds specialising in ad tech. For non-specialist investors, it can be a confusing and opaque industry, deterring investment.”

And while expanding may be easier post pandemic, it’s still not completely straightforward. “Expanding from Europe to the US will always be the North Star goal for founders who are looking to serve the biggest customers and achieve outsized investment returns,” said PowerLink’s Kevin Flood. “US expansion will always be challenging. It’s a highly competitive market, often with well capitalized US players vying for customers and employees.”

“EU companies can “pop” their valuation by entering the US successfully,” Flood added. “That said, it’s a strategic move which shouldn’t be underestimated. Doing a half baked entry without the right network can be expensive and detrimental.”

Rich Ashton added that it’s likely still a requirement for a founder to move to America when entering the market, which again might deter expansion. “It would be a red flag to a lot of investors if one of the founders was not willing to relocate,” he said. “Culture is important to the success of a company and it makes a big difference having founders on the ground.”

And for European ad tech companies, exit potential might still be somewhat limited by the fact that US companies have a harder time acquiring EU businesses than they do with other American companies.

“Potential US buyer companies need to go through a due diligence of a company in a legal system they do not know,” said Michael Schultheiss. “And US companies are the ones which tend to pay higher prices.”