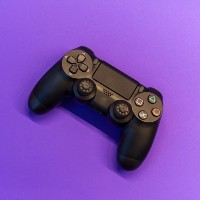 Gaming is starting to establish itself more firmly on media plans, as more brands and advertisers recognise the opportunity that gaming represents.

This is well demonstrated by how the major holding groups have begun carving out specialist divisions designed specifically to handle gaming. Just in the last half year, Publicis Groupe launched Publicis Play, Omnicom launched DDB FTW, and Dentsu launched DGame.

Tom Hostler, head of brand experience at Publicis·Poke and joint lead on Publicis Play said the pandemic has played a role. “The uplift in game-playing during the pandemic has provided the spotlight to remind clients just how mainstream this gaming really is, and why brands need a gaming strategy in today’s crowded media landscape as they compete in the attention economy,” he said.

Darko Silajdžić, CEO at DDB FTW Worldwide, said he has seen an increase in the number of brands proactively speaking with agencies about how they can get involved in gaming, rather than the other way around.

“Brands are intrigued by gaming for sure,” he said. “From my personal experience, a lot of senior marketeers aren’t active gamers, so they often don’t fully understand the scale and the opportunity, but they’re definitely intrigued”.

And as more advertisers experiment with gaming, those VideoWeek spoke with said they’re seeing strong results.

In-game advertising is just one possible entry point into the gaming space, alongside esports, sponsorships, game live-streaming services like Twitch, and gaming influencers. Obviously, many gaming campaigns will combine elements of several of these things.

And Grant Paterson, head of gaming and esports at WPP agency Prism, says in-game advertising is one of the more fleshed out gaming-related marketing channels.

“In gaming you’ve got esports, in-game advertising, streaming, game integrations, v-commerce [shopping within virtual reality environments], and broad discussions around things like the metaverse and branded experiences within those environments,” said Paterson. “A lot of those things are still very embryonic in terms of marketing opportunities. Esports and in-game advertising are probably the most developed in terms of buyable media inventory that’s easy to access off the shelf.”

Historically, mobile gaming inventory has mostly been interstitial ads which run during pauses in gameplay. And the majority of demand has come from other gaming apps running app-install performance campaigns.

But we’re seeing more interest in ‘in-play’ advertising, where brands run ads within the games themselves during play, rather than during breaks. Prism’s Paterson pointed to WPP’s investment in in-play specialist Anzu as a sign of their faith in the medium.

“These formats are an easier concept for clients to buy into,” he said. “These ads appear as an extension of their currently digital/OOH buy, they are made and trafficked in much the same ways, and their performance can be measured comparably alongside other channels. It’s a nice stepping stone for non-endemic brands if they currently feel they lack the authority to play in this space.”

“We speak with all the in-play companies,” said DGame’s Jacobs. “They are of interest to brands, it’s certainly something we put forward. And I can definitely see it getting bigger and bigger, we think it’s a very good opportunity for brands to try to get into gaming. There are still areas where the tech needs to catch up around targeting and measurement, but brands are certainly interested.”

To consoles, and beyond

While opportunities on mobile develop, buyers are also eyeing up developments in the console world.

“The general rule at the moment is that the mobile titles are easier to integrate ads into than console games,” said DGame’s Jacobs. “And more mobile games use freemium models which lend themselves to ads, rather than AAA games where consumers tend to pay up front, and ads don’t fit in so well.”

But more mainstream console games, like Fortnite and Call of Duty Warzone, are turning to  freemium models. This trend might make in-play ads easier to integrate, since consumers will likely be less opposed to seeing ads in a game which they haven’t paid for.

“In-play offers opportunities which other mediums don’t allow, in terms of interactivity and engagement,” said Prism’s Paterson. “The quality of inventory available at the moment is limited by which publishers and which games are willing to run those types of ads. But that will expand and grow over time.”

Technological developments will also smooth this process. Integrations with AAA console games tend to be very manual and take a lot of time and effort. But most of the in-play tech companies are making it easier to run more sophisticated in-game ads and campaigns – where a brand might for example have their product included in the gaming world, rather than simply running in-play banner ads.

And the development of ‘metaverses’ – a general term for persistent, shared virtual worlds, based around social experiences and interactions rather than competitive gaming, is also exciting buyers.

“If you look at what Epic Games has done with Fortnite, it’s become a living, breathing virtual media platform,” said Prism’s Paterson. “And we’ve seen them integrating the IP of some of the world’s biggest cultural icons from media properties like Marvel and DC to influencer and celebrities like Travis Scott, to sports brands like Nike.”

“When you compare those integrations to what you can do with an esports partnership, which doesn’t really stretch the boundaries of what you’d get if you invested in a traditional sports partnership, you can see that the real opportunity lies in that larger gaming space,” he said.

As hinted at above, there are still significant barriers to entry.

All of those VideoWeek spoke with said there are still misperceptions around the audiences involved in gaming. “There is still a perception that gamers are young ‘pale, male and stale’ stereotypes, when the reality is much more gender balanced, skews older and the most popular titles are casual mobile games enjoyed throughout the day,” said Publicis Play’s Hostler.

A lack of standardisation around measurement and formats is also a barrier – though Hostler said progress is being made thanks in part to initiatives from industry trade group the IAB. “Bidstack [an in-play ad tech company] for example are looking more and more into this with agencies such as Publicis Groupe, so they can appear alongside them in their industry standards guidelines and earn a regular place in a media plan,” he said.

Brand safety is still a concern for some. “Many brands are absolutely not willing to step into any game title activity that has any sort of violence in it,” said DDB FTW’s Darko Silajdžić. “And by that, I don’t just mean first person shooters, even games like League of Legends, which I wouldn’t consider to be violent, are off limits for some brands.”

And the manual nature of the more complex integrations is still dissuading investment to an extent.

This last barrier is particularly challenging to navigate, and those VideoWeek spoke with tended to agree there are limits to how easy it will ever be to run gaming campaigns.

Gamers can be hostile to brands which enter the space without really understanding the games themselves and their specific subcultures. So while it will become technically easier for a brand to run more sophisticated in-game campaigns, it is likely to take more effort to make sure these campaigns are well received by audiences.

“The gaming space is a lot more immune to advertising than the general public – they’re tech savvy, they’re younger, and they’re looking for more interactions,” said DDB’s Silajdžić. “So gaming presents a lot of opportunities for brand activations, but a brand should not just advertise to gamers. They should always think about how they can add value to the gaming community, that’s when they’re going to be appreciated.”