You know when you get a new phone and are presented with a set-up wizard with a list of apps that you can download to your new device? You might have assumed that those apps were recommended by either the telco or by the company running the operating system. However, it’s highly likely that that process was managed by Digital Turbine, a relatively unknown company that suddenly became the newest big fish in the ad tech pond via the recent acquisitions of Fyber for $600 million, AdColony for $400 million and Appreciate for $22.5 million.

However, for the last few years Digital Turbine’s core business has focused on app installs via partnerships in the US OEMs (like Samsung) and telcos/carriers (T-Mobile, Verizon and AT&T), who receive a share of revenue for each app installed.

The Austin-based company works with apps like Uber, Domino’s, Facebook, Twitter and Booking.com, who are all willing to pay to either have their app preinstalled on a device, or to be presented in the list of app download options presented to a user when they’re starting up their new phone. Perhaps most importantly, Digital Turbine benefits from the honeymoon period when a user has a new phone and is considerably more open to experimenting with new apps.

The Longest Start-Up in the World

Setting up that business wasn’t easy. CRO Mike Ng, describes the company as “the longest startup in the world”. Digital Turbine had to spend many years building relationships with original equipment manufacturers (OEMs) and mobile carriers before their business could really get going. However, Ng believes that the company has created something of a ‘moat’ around their core business – something that’s relatively rare in the app marketing world – as the relationship building and multi-year contracts would take any prospective competitor years to replicate.

Even though building out the business took a long time by ad tech standards, Ng says it wasn’t particularly hard to convince OEMs and carriers that the relationship would be mutually beneficial. “The reason why the phone manufacturers outsource it to someone like Digital Turbine is that it isn’t  their key strength,” he said, “Their strength, if you’re Samsung, is making the chips in the phone. It’s making the camera on the phone. That’s their strength. If you’re a carrier in Telefonica, your strength is mass bandwidth and 5G. Their strength is not running software on the phone.”

From Day One Installs to Lifecycle Marketing

So why has Digital Turbine embarked on such an ambitious ad tech shopping spree? Mike Ng says the move is to expand from “first day” to “lifecycle”, meaning that, prior to the acquisitions, Digital Turbine could really only reach consumers on the first day of using their new devices. With companies like Fyber, Adcolony and Appreciate, the company has an ad tech stack capable of reaching consumers throughout their phone’s entire lifecycle, rather than just on the first day of using their device.

On the face of it, ad tech acquisitions like AdColony and Fyber might appear to be relatively similar to outsiders, but Ng said that both bring something unique to the table. AdColony’s brand/advertiser relationships are seen as a big plus for Digital Turbine and Ng said the mobile advertising platform’s focus on video was also something that his company saw as an advantage going forward.

With Fyber, Ng highlighted the company’s strength in mediation, the in-app equivalent to header bidding, which he believes compliments AdColony’s offerings. He also pointed out that Fyber runs one of the largest independent advertising marketplaces for the in-app space. 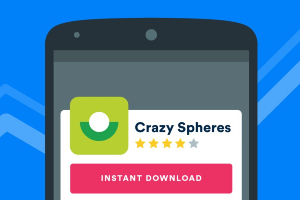 The newly acquired companies will be able to make use of Digital Turbine’s existing technologies. One example is their “Single Tap” solution, this allows users to directly download apps from a banner on a website or from an email link. Interestingly, this solution means that those who download the apps can effectively bypass the middleman of the Google Play store.

In the space of a month, Digital Turbine deployed $1 billion dollars in capital. Ng says the CFO has joked that the company is certainly out of money for now, given all their recent acquisitions, but the company might seek to expand further still later in the year.

Digital Turbine are currently operating across half a billion devices, mostly in the US, and over the next 12 to 18 months they aim to double this to one billion devices. The company currently dominates the US market, and so aims to grow in markets that it has less of a presence in, such as Europe, Latin America and APAC.