YouTube has begun testing new tools to automatically detect products featured in videos on its platform, and generate a list of related products that users can search from. The Google-owned video platform has introduced the feature in the US only for now, but its introduction have a significant impact on the industry as a whole.

“We are experimenting with a new feature that displays a list of products detected in some videos, as well as related products,” YouTube said in a blog post. “The goal is to help people explore more videos and information about those products on YouTube.”

The feature will appear in between the ‘Recommended Videos’ section for viewers who scroll below the video itself. YouTube provided an example of what the feature might look like for users. 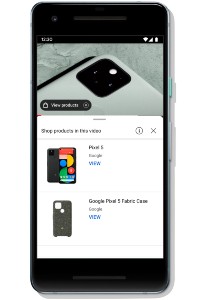 When rolled-out, the feature should be good news for influencers as it will enable consumers to more directly shop from their videos; though it’s not yet clear how directly the feature will be monetised either by creators or by YouTube itself.

“The introduction of new technology to YouTube which can detect items shown in videos and generate a list of related products to buy could be an industry gamechanger,” said Mary Keane-Dawson, group CEO of TAKUMI, a global influencer marketing agency. “YouTube is the home of tutorials and reviews, where consumers are seeking more information about a product. If trials of the technology are successful, the feature could transform digital marketing, improving the ecommerce credentials of YouTube by removing a step or friction at the very point of active consideration.”

Social media in particular has been looking to step-up its ecommerce offerings. Instagram already has features which allow brands to create shoppable posts on the platform. It also has a dedicated “Shop” which allows users to easily access shoppable content. TikTok also recently expanded its partnership with ecommerce platform Shopify.

“The boundaries between traditional and social media marketing have been blurring for years – a trend accelerated by the popularisation of online shopping since the start of the pandemic,” said Keane-Dawson. “We expect brands to emerge from the pandemic with a new marketing mentality. Influencers and social media platforms could now be prioritised at the expense of traditional advertising channels, as the monetisation opportunities and measurement capabilities continue to improve.”