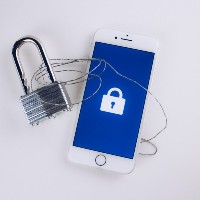 Smartphone owners are extremely cautious about marketers’ use of their data, with one-third saying they won’t allow tracking under any circumstances, according to new research from AppsFlyer and MMA Global.

The survey of US smartphone owners found that the majority are “very” to “extremely” concerned about the use of personal online data by companies. This figure does vary by age, with 38 percent of those over 65 saying they are “extremely concerned”, which represents a 10 percent increase over the norm. Younger consumers are the least concerned about online privacy and data usage; however, they are also more likely to have taken steps to control their privacy such as using ad-blockers or browser extensions.

Overall, a significant number of smartphone users have taken steps to protect their privacy, with 47 percent of respondents using ad-blockers and 35 percent using browser extensions.

There is a lack of awareness around Apple’s upcoming restrictions to its Identifier for Advertisers (IDFA), with less than a third of respondents aware the change is happening. When told how the system will work and how the options will be presented, almost half of respondents said they would be very unlikely to opt-in to tracking.

“Apple’s planned updates are not widely understood, and if consumers act as they say they will, marketers are going to be severely challenged in how they monetize their apps,” said Brian Quinn, president and general manager, North America, AppsFlyer.

While there is an understanding that, without data-tracking, ads can become more repetitive and de-personalised, this is a price that many are willing to pay, with 45 percent preferring to opt-out of tracking. However, when consumers are presented with a choice between being tracked and paying, most are willing to allow some form of tracking rather than pay a subscription fee. A significant proportion of those surveyed (one-third) said that they would never allow tracking no matter what the circumstances were.

The consumers surveyed recognised that data collection could provide them with a better user experience; however, most believed that tracking was primarily about companies generating income rather than improving user experience. Many also said that they would like more education from big tech companies in order to inform their decisions about data.

“Marketers are not presenting the value proposition of data usage clearly: free content, ads that are more relevant to their interests, a better user experience with fewer pop ups,” said Brian Quinn. “As marketers, we need to do a better job of communicating, and yes, even negotiating with consumers about the value of their data.”